BELGRADE (Serbia) - Serbia have confirmed their initial squad for the upcoming FIBA Basketball World Cup 2023 European Qualifiers as they look to continue their momentum in Group A of the First Round.

Recent NBA title winner Nemanja Bjelica is back in the fold with the national team after tasting success with the Golden State Warriors, while popular seven-footer Boban Marjanovic is also included in a squad of 20 players.

Milos Teodosic returns to Svetislav Pesic's squad - adding further experience after averaging 17.5 points and 8.5 assists per game in the opening window - alongside the talented young trio of Nikola Jovic, Filip Petrusev and Marko Pecarski, who is yet to play in the current campaign.

Aleksa Avramovic has been the team's top performer so far with 18.5 points per game as Serbia sit top of the group with a 3-1 record.

Serbia have already qualified for the Second Round and take on Latvia in Riga in their penultimate Group A game on June 30, before finishing at home to Belgium three days later, in Nis. 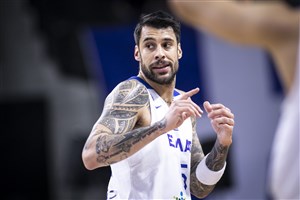 VOTE: Which team has the strongest looking roster for Window 3? 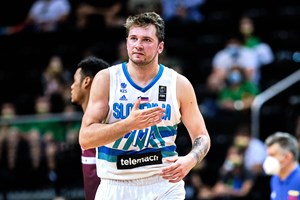 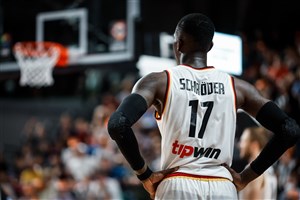