MUNICH (Germany) - Dennis Schroder came back to the national team, and flew straight into the record books to lead the top performers of Gameday 6 in the FIBA Basketball World Cup 2023 European Qualifiers.

The German point guard set a new scoring record in European Qualifiers, getting 38 points in 31 minutes of action, with 7 rebounds, 5 assists, a steal and a block also to his name, leading Germany to a 93-83 triumph against Poland in Bremen. 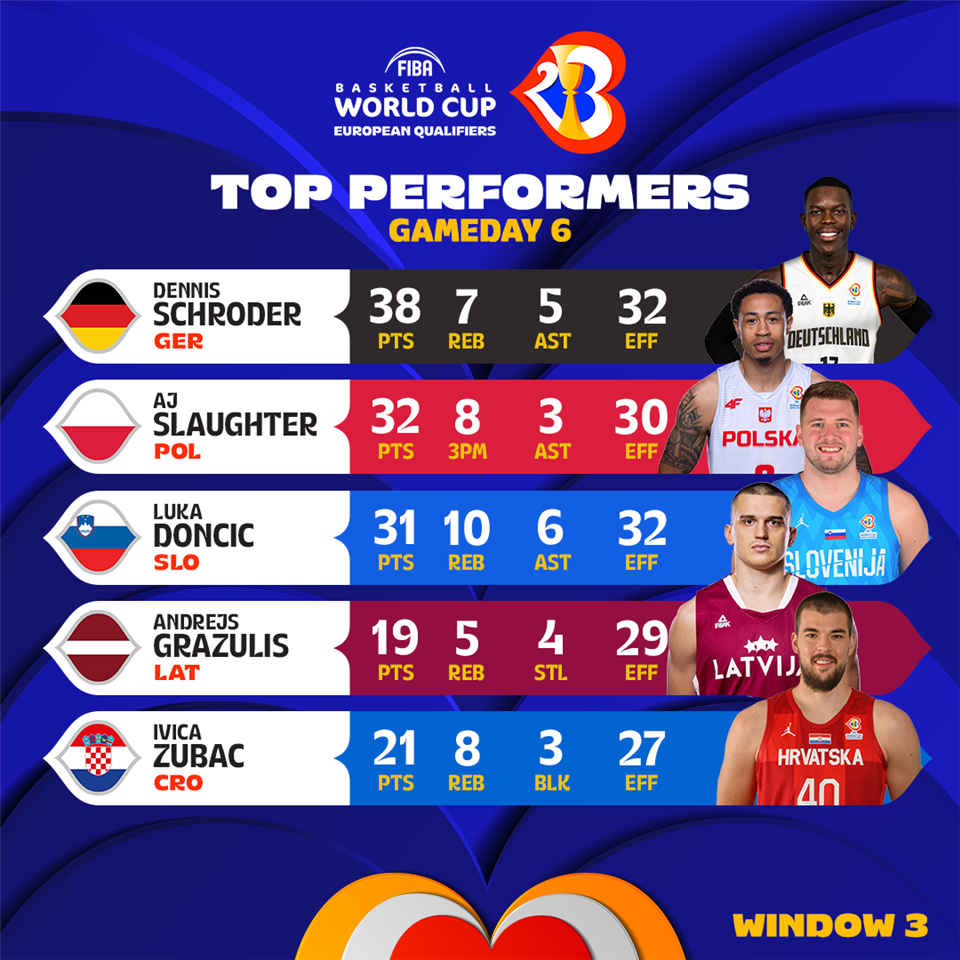 Poland had their guard on fire, too. A.J. Slaughter finished with 32 points in 30 minutes of playing time, knocking down eight three-pointers along the way. However, it was not enough for Poland, as they failed to reach the Second Round.

Luka Doncic had no such problems. The Slovenian superstar was at his usual sky-high level, finishing with 31 points on 10-of-20 shooting, 10 rebounds, 6 assists and 2 steals in Sweden, keeping the FIBA EuroBasket reigning champs in good mood for a busy summer. Slovenia defeated Sweden 84-81 on the road.

Andrejs Grazulis helped Latvia finish at 5-1 in the First Round with an all-round performance in a 93-60 win in Slovakia. Grazulis came off the bench for 19 points on 9-of-11 shooting from the field, 5 rebounds, 4 steals and 3 assists, without turning the ball over.

The tallest of the top performers was the Croatian man mountain Ivica Zubac. With 21 points on 9-of-12 shooting from the field, 8 rebounds, 3 blocks, 2 steals and 2 assists, the center led the way for Croatia, but still couldn't carry his nation to the Second Round. Croatia were eliminated with an 81-79 defeat to Finland. 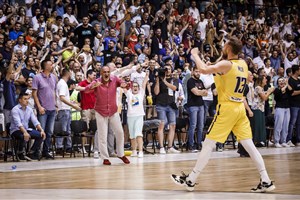 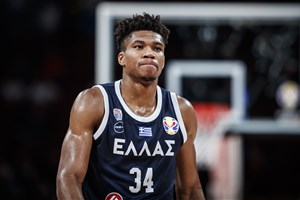 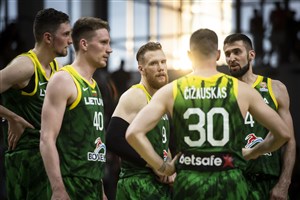 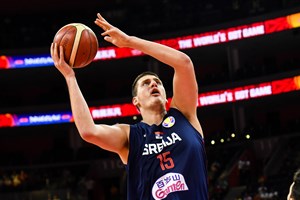