TAIPEI (Chinese Taipei) - Will Artino played the waiting game and after nearly two years since his first time playing basketball in Chinese Taipei, he finally got the chance to play for the national team.

"I’m just proud of everybody, and I’m proud to be a part of the team." 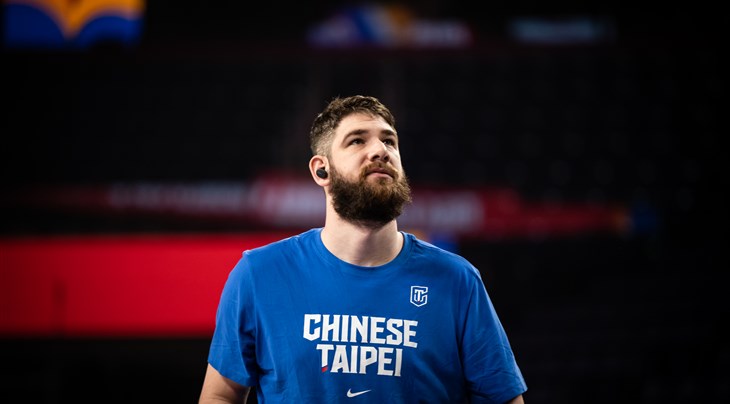 His first task as a representative of Chinese Taipei was a tough one. Artino had to make his debut playing in the February Window of the FIBA Basketball World Cup 2023 Asian Qualifiers against Australia (twice) and Japan.

Even though Chinese Taipei were unable to secure a win in their first three games of the Asian Qualifiers, they had some promising stretches and many of those runs were led by the play of Artino. The 29-year-old averaged 16.3 points, 13.0 rebounds, 2.3 assists, along with one steal and block per game, including a 15-point, 18-rebound double-double that almost led to an upset over Japan. 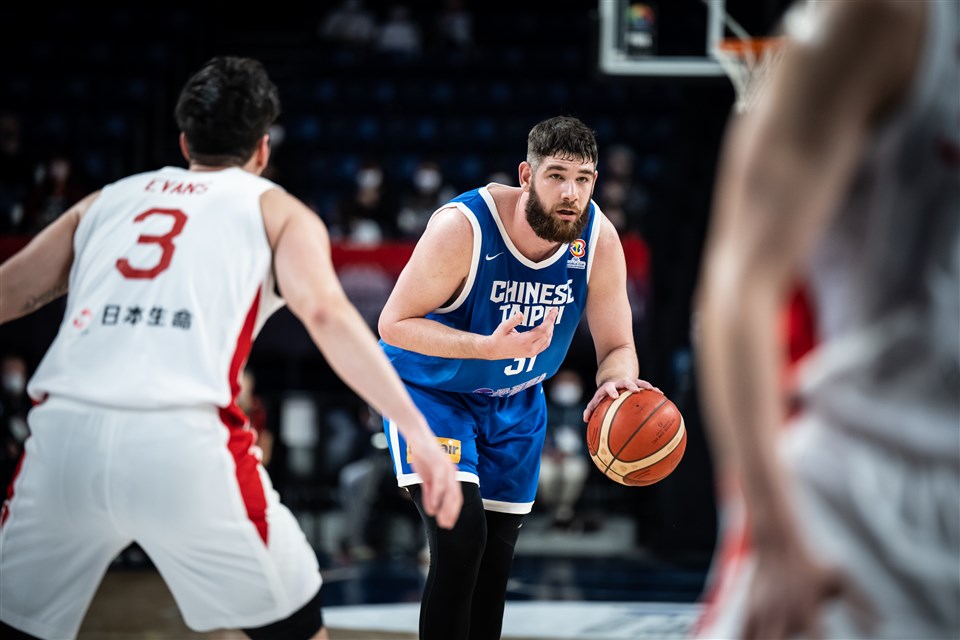 “It was exciting for me to finally come out and officially play, it’s been a long process,” Artino said during the February Window. “Obviously I expect more from myself, and my teammates probably expects more out of me…”

“It’s good to get the first games out of the belt. Now, I kind of know what to expect. Every game is different, every team is different.”

“I just have to adjust and to do whatever I can to help the team.”

Can I get an encore?

Whatever homework Artino worked on with to adjust to playing with the national team, Chinese Taipei basketball fans will most likely see applied on the court as the 2.11M (6’11”) center has been listed to play in the upcoming third window of the Qualifiers.

In this window, Chinese Taipei will be playing against China (July 1), Japan (July 3) and then against China once again (July 4).

The clashes against China are the ones that will be drawing the most interest from Chinese Taipei fans. There’s plenty of history between the two teams, namely the Quarter-Finals upset by Chinese Taipei in Asia Cup 2013. There’s also a lot to anticipate in the future of this matchup as well, as they will face in the Group Phase of the Asia Cup not long after the Asian Qualifiers window.

Fans can bet that Artino is anticipating the challenge.

“We have them in Asia Cup and World Cup Qualifiers, so I guess by the end of it all we’ll be pretty familiar with each other,” he said. “I know it’s a big match up and it’s a game I’m looking forward to.”

The Chinese Taipei players listed for the upcoming window might be a bit less experienced than those in the training camp roster for China (check out the current update of the Asian Qualifiers Roster Tracker), but that just means there’s more room for them to grow. Artino saw that improvement in the two previous games against Australia and are hoping to see even more from himself and the team. 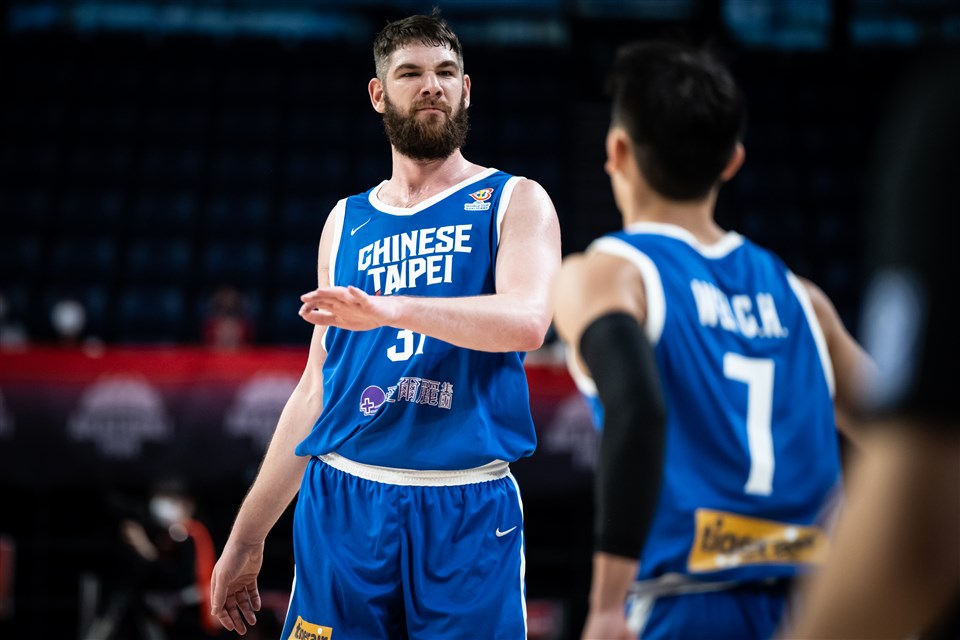 “I think this team was real young, obviously, and from the first day [until now] I’d say it is a different team,” he said at the end of the February Window. “The college kids grew up a lot and got their first taste of professional basketball. I’m just proud of everybody [including] the coaches that gave us great game plans and put us in position to win every game.”

“We fought real hard against Australia. Everyone on the team fought as hard as they could. I’m just proud of everybody, and I’m proud to be a part of the team.”

Pride of being able to don the national team jersey in an international competition is something Artino has emphasized over and over again, even before his first time playing on the court. That’s because playing for Chinese Taipei means a little bit more than just playing basketball.

“It’s great, it’s an honor to represent Chinese Taipei, I consider my second home,” he said. “To finally be here and representing is something I take great pride in.” 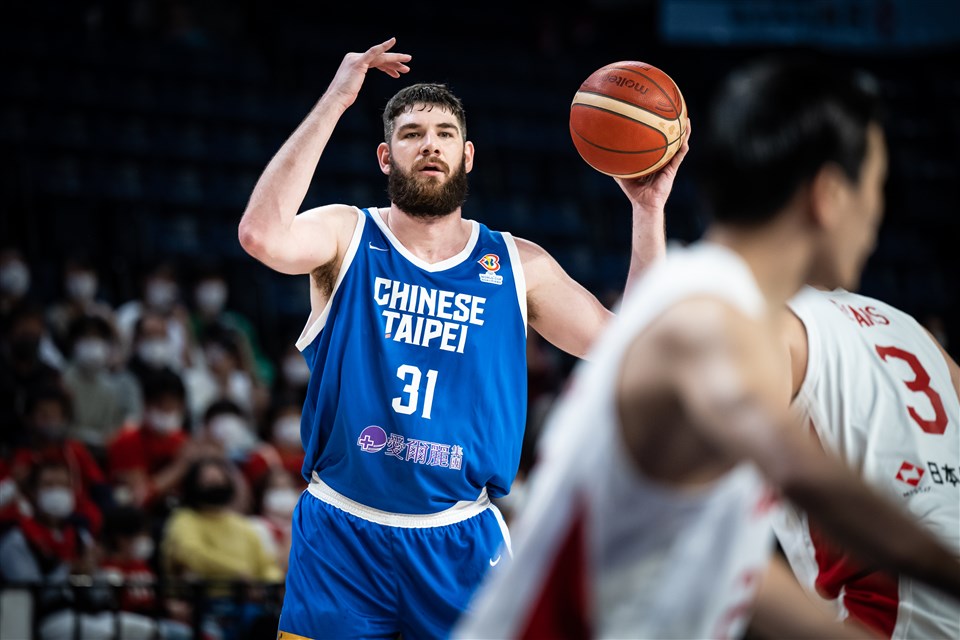 Though Artino is a native of Waukee, Iowa in the USA, he’s spent most of his basketball playing days overseas whether it’s in Estonia, Denmark, Romania, Cyrus, and Malaysia. However, his longest stop so far has been in Chinese Taipei, where he’s played for several teams in several leagues.

Aside from being a dominant player, he’s gotten along well with not only his teammates, but the locals he’s encountered.

"I'm a nice person and I like being around other nice people, and Taipei is very nice. So, it was very welcoming and that made me feel comfortable," Artino said to a local newspaper.

All of those factors resulted in Artino eventually making the decision to claim Chinese Taipei as his second home.

"Every time I go somewhere before that, I was just always counting down the days because it was just my job to play basketball and then I'll go back to the states and wait for summer and be with my friends. But that was the first time I really felt at home somewhere and from then I wanted to spend the rest of career here," he added.

Artino is already a very popular player in the domestic league with his achievement of being a safe bet to record a double-double in any given game and a winner. Now as he continues to build on his resume as a national team star, Will Artino could very go down as the next Chinese Taipei basketball great. 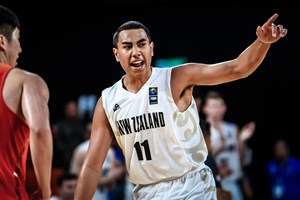 Possible breakout stars of Window 3: Michael, Tamayo, Cameron, or someone else?

Do Iran have another gear? and other questions for each nation to answer 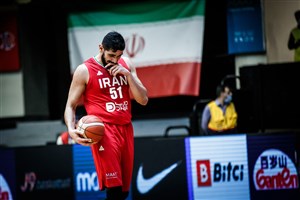 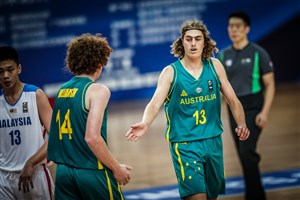 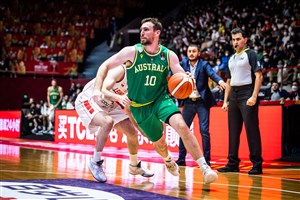 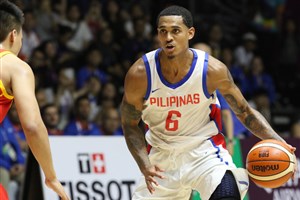