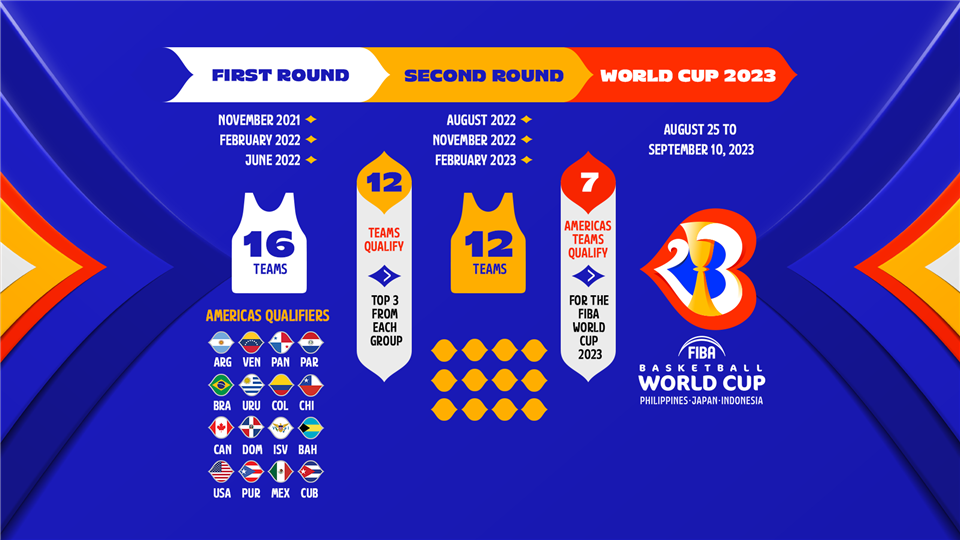 The sixteen teams will play the FIBA Basketball World Cup Americas Qualifiers during six qualifying windows. In the first round, these 16 teams will be divided into four groups with four team apiece.

Each team will face the other three national teams in their group on a home-and-away basis. Over the first three windows, two games per team being played in each window.  These windows will be played in November 2021, February 2022, and June 2022. Given the current circumstances due to the pandemic, the first qualifying window in the Americas will take place in a bubble format.

The top three teams from each group will advance to the Second Round for their region qualifiers. Here, the group’s three advancing teams will join three other teams to create two six-team groups.  The teams will keep their results from the previous round.

In the Second Round, each team will play home-and-away against the three new teams in their group over three windows.  The Second Round windows periods are August 2022, November 2022, and February 2023 with two games per team being played in each window.

At the end of these additional six games per team, the top three teams in each group, plus the best fourth team, will qualify for the FIBA Basketball World Cup 2023.