ABIDJAN (Cote d'Ivoire) - There now is a clearer idea about the 16 national teams' potential after 24 games into the FIBA Basketball World Cup 2023 African Qualifiers.

But there is a lot more in the build-up to Window 3 of the African Qualifiers, which is set to take place across three African cities.

The prospect of adding new players, the return of some household names, and the confirmed absence of players - who at some point - made tremendous difference to their teams, draws a new picture of the next 24 games next month in Abidjan, Alexandria and Kigali.

This article was published two weeks before the third window of the African Qualifiers scheduled for July 1-3.

And if Windows 1 and 2, which saw South Sudan and Cote d'Ivoire remain as the only undefeated teams in the competition, is anything to go by, then take note for what will be a scintillating 24-game showdown.

Based on the on the latest additions, absences and moves involving the 16 national teams from Groups A,B, C and D, this is what the Power Ranking looks like.

Cote d'Ivoire have learned a painful lesson when they played hosts of the 2013 AfroBasket. They not only lost to eventual champions Angola in the semis, but they also fell short to Senegal in the Third-Place game.

Cote d'Ivoire seem to have left that disappointment behind them as the Elephants are currently 3-0 [2019 African Qualifiers] at home and look to extend their home stand when they host the second round of Group C next month. 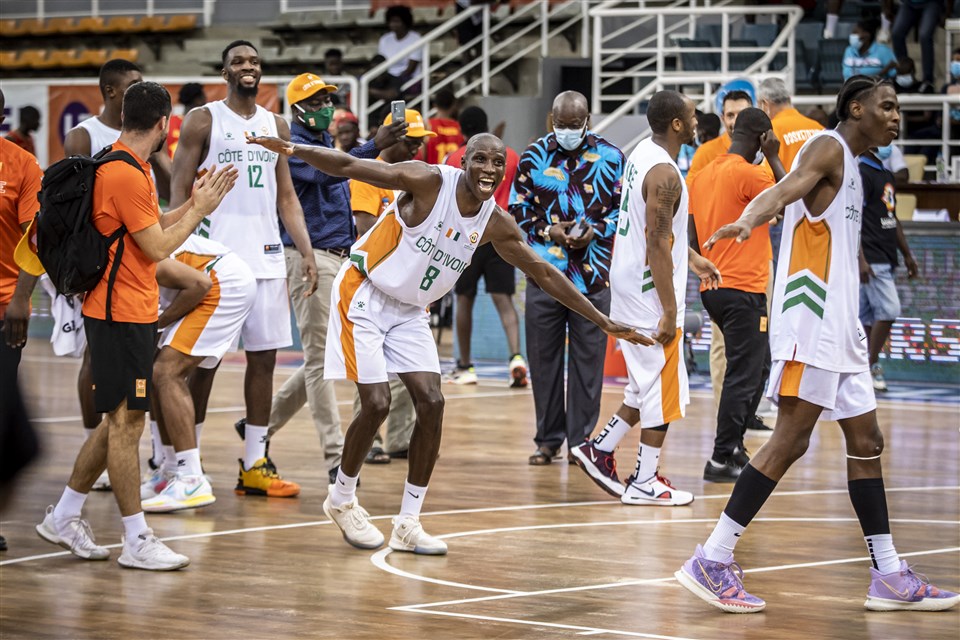 Cote d'Ivoire have all the ingredients and pieces to stay undefeated.

With a group of players that has donned the Ivorian uniform for over a decade, a coach [Natxo Lezkano] who believes in the potential of his squad, and  Matt Costello, who played a major role in Cote d'Ivoire's Second-Place finish at 2021 AfroBasket, Cote d'Ivoire are the hottest team in Group C.

By the end of Window 2 of the 2019 African Qualifiers, Tunisia boasted a remarkable 3-0, but things look different this time around. The reigning African champions have been challenged time and time again.

South Sudan hurt Tunisia's pride with a 72-64 win in February in Dakar, a result which ended the three-time African champions unbeaten run for the previous 18 months.

Returning to Kigali, a site where they lifted their latest African title last September, represents an opportunity for Tunisia to restart and fight for top of Group B. 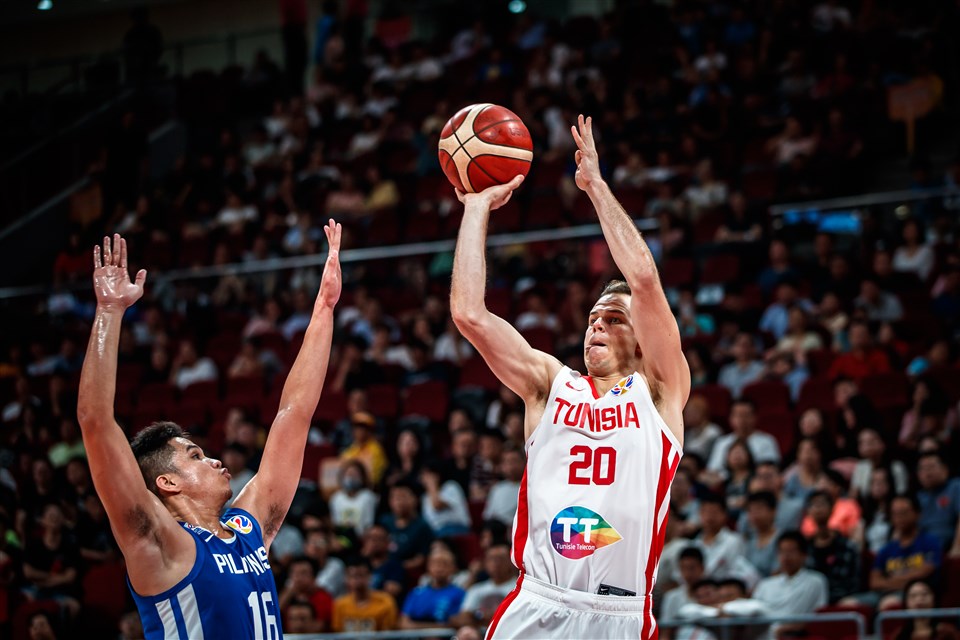 The returns of sharpshooter Michael Roll and seven-footer center Salah Mejri adds a massive value for Tunisia, who look to improve from their 2-1 mark.

According to Tunisia's captain Makram Ben Romdhane, the absence of Mejri and Roll played a part in their subpar performance in February.

Senegal head to Alexandria looking to protect and improve from their 2-1 record and stay top of the group. They destroyed Egypt in Dakar in February; they suffered an unexpected defeat to the DR Congo and cruised to an easy victory against Kenya.

The Lions are headed to their next three games with an improved roster, especially with the return of Gorgui Dieng - whose NBA season with the Atlanta Hawks finished in the first round of the playoffs - and the addition of point guard Clevin Hannah, who last featured for his national team in November 2020 during the AfroBasket Qualifiers. 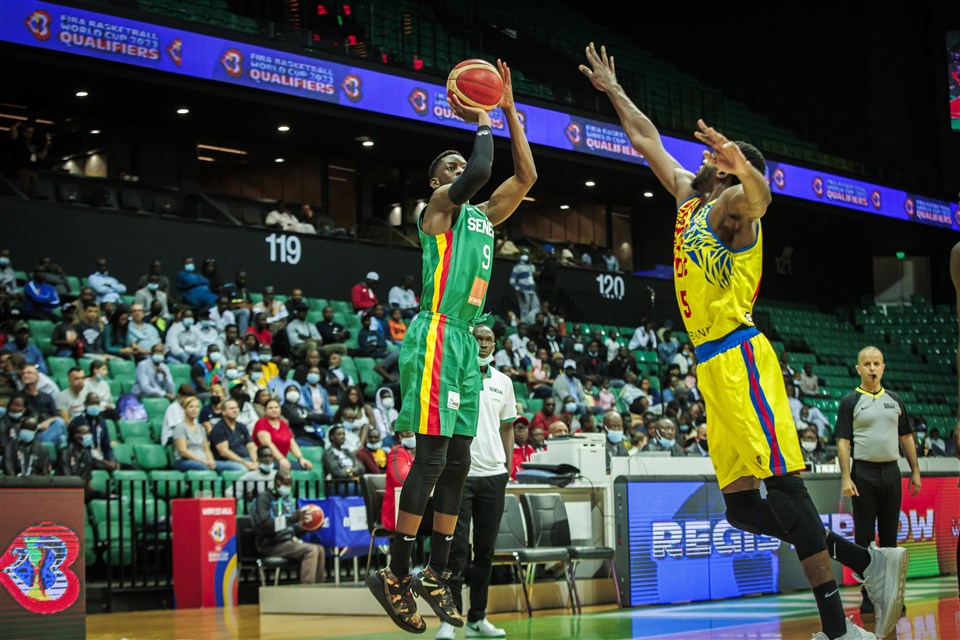 Adding Dieng and Hannah to the core of the team that featured in Dakar, plus the return of head coach Boniface Ndong, who was unavailable in February due to his coaching job with Denver Nuggets, and the Senegalese look set to challenge Egypt in Egypt.

Egypt do not keep good memories of hosting Window 3 of the 2019 World Cup African Qualifiers. A 1-2 result at home [losses to Angola and DR Congo] hindered their chances of fighting for one of the five fight tickets for African teams for the China 2019.

However, lessons seem to have been learned from past mistakes, and Alexandria is the starting point for the Pharaohs, who are 3-0 in the coastal city dating back to November 2020 when they played hosts of the 2021 AfroBasket Qualifiers.

Head coach Roy Rana looks to be building a new brand of basketball, but it's the return of Assem Marei that speaks volumes about this Egypt squad.

For everything South Sudan achieved over the past two years, they can easily be considered the team of the moment in African basketball.

From falling short in pre-qualifiers to the AfroBasket to receiving a last-minute invitation to participate in their first-ever AfroBasket last year, South Sudan continue to show that they deserve to be in the position they are now. 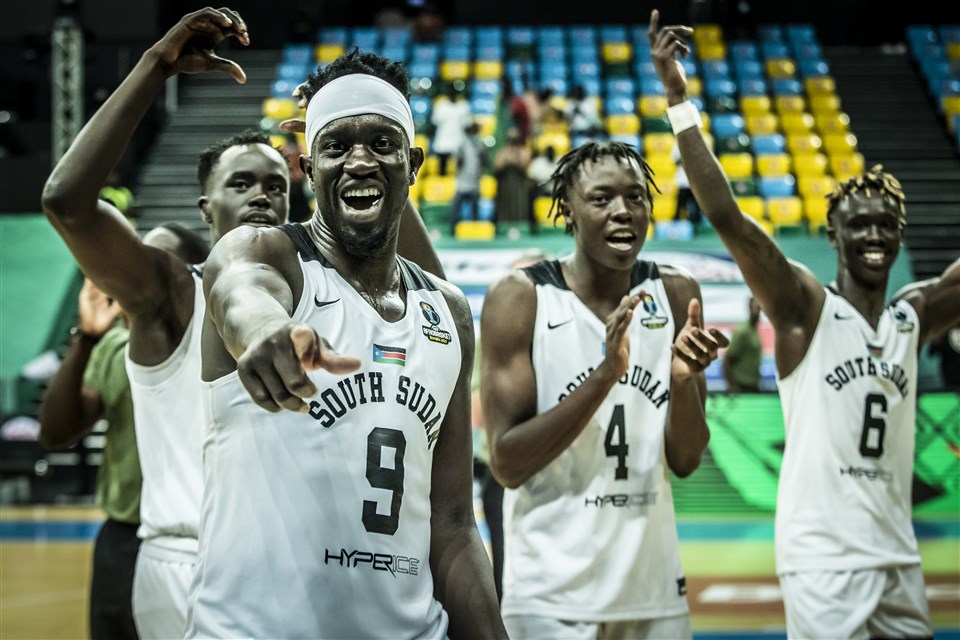 But the East Africans, who displayed a fearless attitude in Dakar, seem poised to continue rising in African basketball charts when they return to Kigali.

South Sudan head to their next three games in the African Qualifiers knowing they are the team to beat. It's up to them remind everyone what they are made of. Resilience.

The eleven-time African champions opened their African Qualifiers with a mostly home-based squad comprised of young players looking for an opportunity to improve from the international competition, and that's how they are headed to Abidjan to try and contend for top of Group C.

With only one African champion on their squad - Leonel Paulo - this Angolan team, although inexperienced, is fearless and can compete.

Without the likes of Abou Gakou and Carlos Morais (both injured) they might have to rely on Paulo's leadership to fight for a place in the next round.

Three years ago, Cameroon failed to qualify for what would have been their first World Cup just because they scored fewer points than Cote d'Ivoire, who clinched the fifth and last ticket for African teams for the 2019 World Cup.

And after a poor AfroBasket campaign and a subpar display in first round of Group B, Cameroon face a now-or-never chance to qualify for a major FIBA competition. 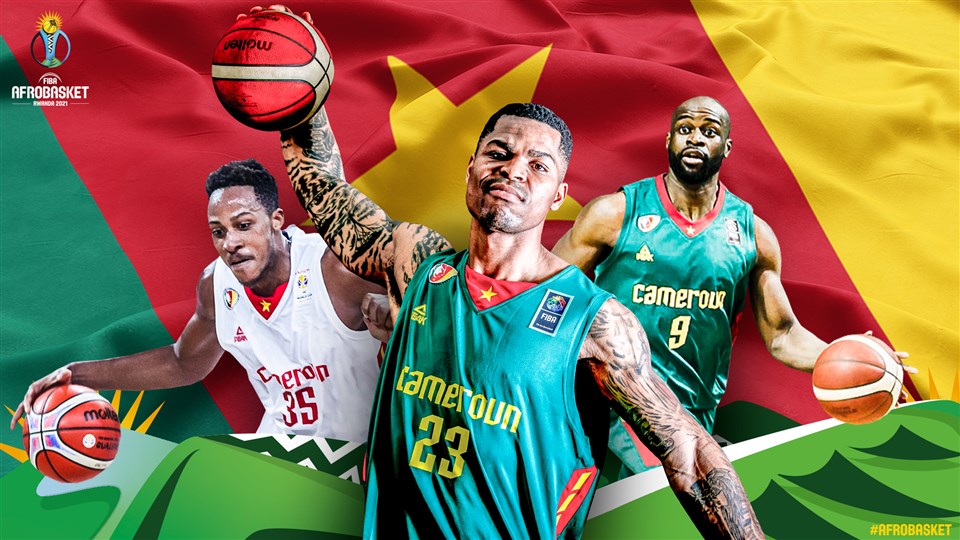 And suggestions of the possible selection of Pascal Siakam and Joel Embiid - two of Africa's brightest talents in the NBA - could relaunch the Indomitable Lions African Qualifiers campaign.

If Mali can display the same fearless and intense attitude they did in November in Angola, they can go places.

The Malians gave powerhouse Nigeria some hard time in Benguela before falling short in the waning seconds of the game, but they capitalised from wins against Cape Verde and Uganda to sit second in their group. 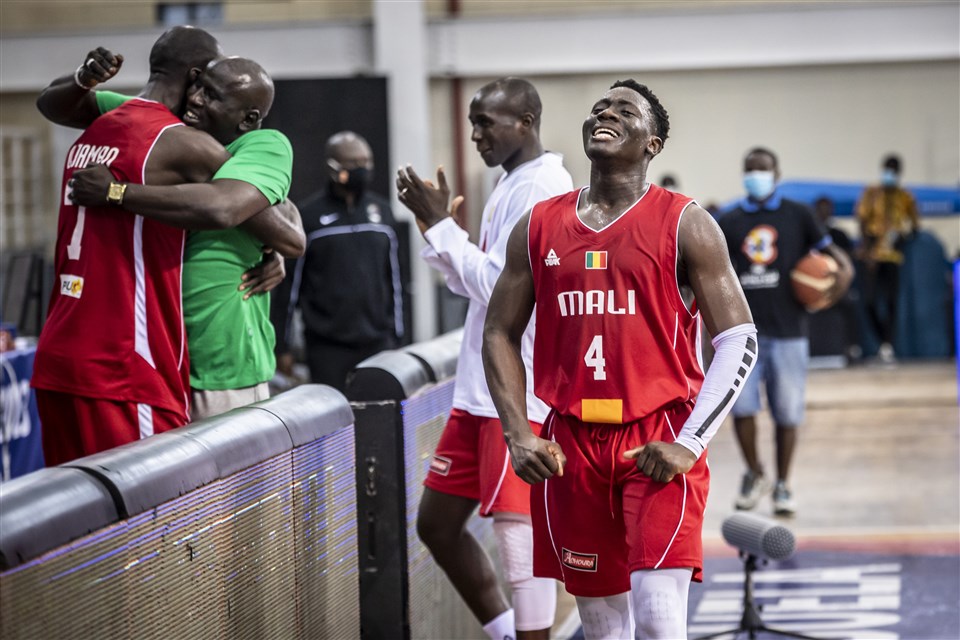 And with head coach Remi Giuitta back at the helm, Mali remains a threat.

The No.1 team in African faces uncertainty about their participation in Window 3 of the African Qualifiers.

Based on their historic, they rightly sit among the top-10  teams currently competing for a place in the next round.

Semifinalist at 2021 AfroBasket, Cape Verde's main enemy is their inconsistency.

After beating Nigeria in the opener of Group A, the Islanders fell to Mali and Uganda, leaving their Second Round aspirations hanging in the balance. 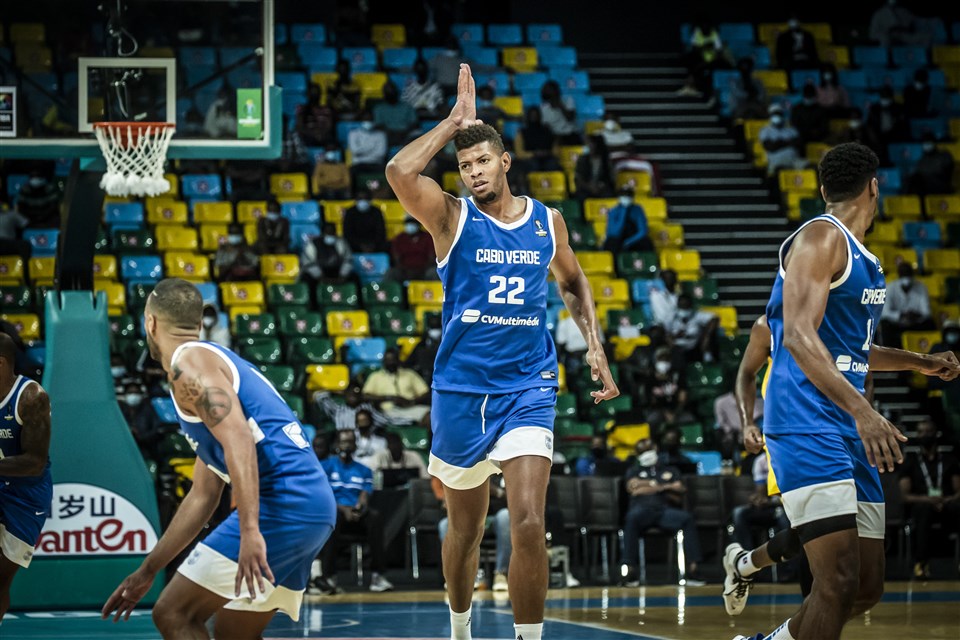 However, if seven-footer center Walter Tavares is available, as has been reported, Cape Verde can cause some damages in Group A.

The DR Congo sit 11th in this power rankings, but they could easily sit higher. 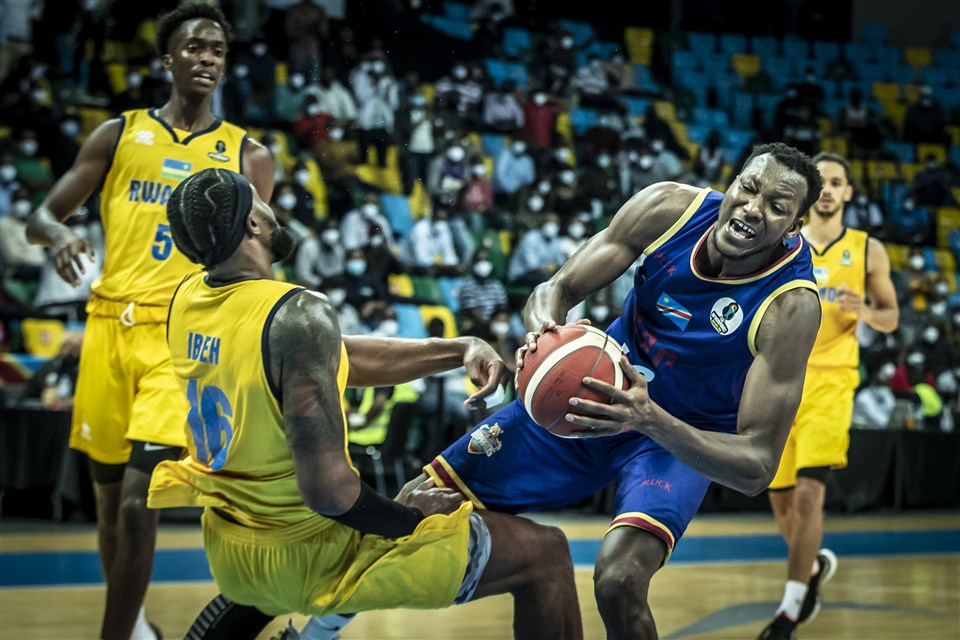 After causing one of the biggest surprises in the African Qualifiers by beating Senegal in Senegal, the Congolese raised eyebrows, but, in less than 24 hours, they looked a totally different team when they fell to Egypt. Was DR Congo's only loss caused by exhaustion or overconfidence? It remains to be known, but Alexandria will answer.

The only reason why Uganda sit this low in this power rankings is simply because of uncertainty about the squad they will bring to Kigali. 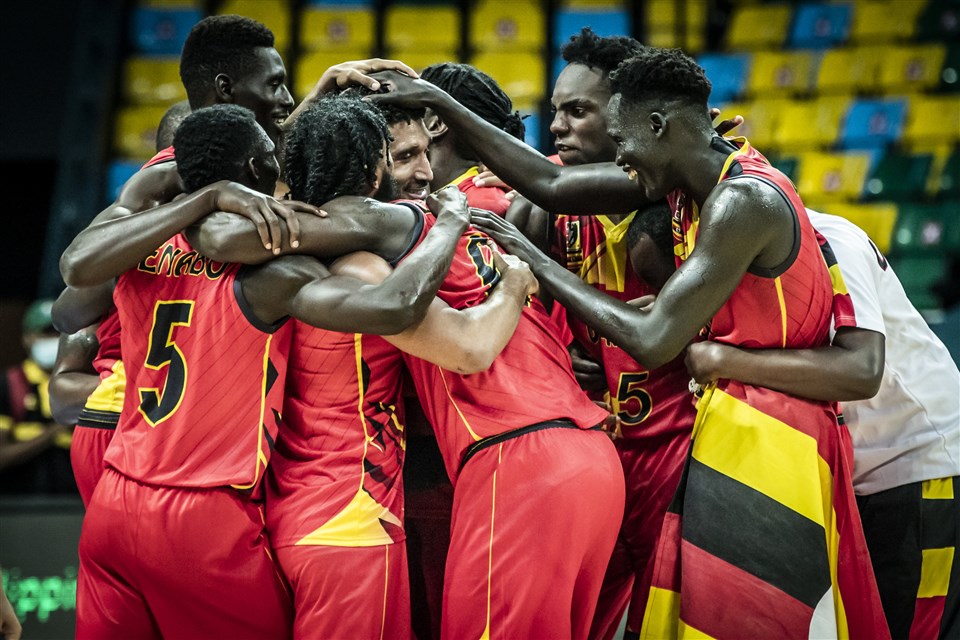 If they show up with the roster from the 2021 AfroBasket, they are safe.

But Uganda face a dilemma about which naturalised player to use. Brandon Davies or Ismail Wainright? Two phenomenal players who would make any team some envy.

Playing home has its advantages, but Rwanda haven't been able to capitalise from their home court as of late. A quick look at the 2021 AfroBasket tells the story of their struggles to remain consistent.

If Shannon Evans is available for Abidjan and Cedric Mansare returns, the Guineans might be able to cause some damage in the Ivorian city. After all, these are two prolific scorers who can contribute 20+ points each. Coach Zeljko Zecevic will need to adjust and improve his team's defense.

The former African champions are familiar to the Second Round of the African Qualifiers, having done in the 2019 edition of the tournament.

However, the Central Africans face an uphill task after dropping to 0-3 in the first round of Group C. They remain confident about their chances, but numbers and facts play against them.

As much as Team Morans remain upbeat about their chances of advancing to the next round, it won't be an easy task. Taking on Senegal, DR Congo and Egypt - three teams who have proven stronger and better than Kenya - is a task for the ages, even with the possible addition of shooting Tylor Ongwe. 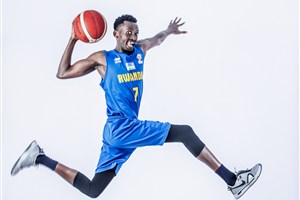 Cote d'Ivoire and South Sudan can qualify with one more win! 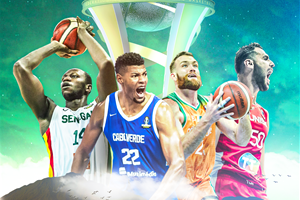 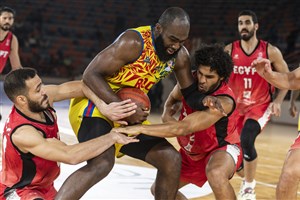