GUANGZHOU (China) - Their first-ever FIBA Basketball World Cup win puts Tunisia in position to advance to the next round. After losing their previous six games in the 2010 edition by an average of 24 points, the North African side weathered a late surge by Iran to win 79-67.

The inside-outside game of Salah Mejri and a full team effort were too much for Iran in their second World Cup encounter. Iran had won 71-58 in 2010. Michael Roll and Makram Ben Romdhane both added 16 points and 5 assists. Omar Abada's 12 and Mourad El Mabrouk's 11 gave balance to the Tunisian attack.

Turning Point: Knotted at 15 with 4:50 to play in the first quarter, Tunisia scored nine straight in a 14-4 run to create a space that they were able to manage through the rest of the game. There was a bit of a scare when Iran cut the lead to just five points with 5:51 to play but El Mabrouk's trey followed by an Abada fast break finish restored the order.

TCL Player of the Game: Salah Mejri was big inside and outside for the Eagles of Carthage with 22 points, 15 rebounds, and 5 blocked shots. The  big man knocked down three of four three-pointers in the first quarter and went 5-of-9 for the game. Five of his boards were on the offensive end.

Stats Don't Lie: Stats don't lie. But they can deceive. Iran had a better shooting percentage, 46 to 42 percent, but they took seven less shots. Also, nine more threes made the difference for Tunisia, as they knocked down 13 compared to 4 by Iran.

Bottom Line: Iran looked like the late collapse to Puerto Rico may have shaken their confidence more than they would like to admit. Regardless, at the end of the day, Tunisia were the better team.

They Said: "It's the first win in the country’s history, so we were all very excited about this game especially after a strange game against Spain. We took the lessons of that game and took it to heart. Everybody was really excited to play. You could tell by our energy, which was fantastic. Everybody performed." - Tunisia shooting guard Michael Roll

"Our defense created problems. Their shooters didn't have space to shoot or to penetrate. They are strong inside but we forced them to not go inside. We also did well with rebounding. The game against Puerto Rico is probably the most important in Tunisian basketball history. Our team is ready. We will prepare well. Our players are fantastic in attitude and defense. We fight. We are going to play very hard." - Tunisia head coach Mario Palma

"We gave up a lot of three-pointers and made turnovers. We had good games before we came here and that gave us hope. We thought we could qualify out of the group. We had bad luck against Puerto Rico and after that tough loss we came here to do a better job but we faced some strange things in this game – five three-pointers from Mejri. We couldn't expect that." - Iran guard Mohammad Jamshidi

“It was unpredictable shooting from Mejri. He was like a sixth player with his downtown shooting. In the first half we gave up rebounding to him. The first game against Puerto Rico affected us."- Iran head coach Mehran Shahintab 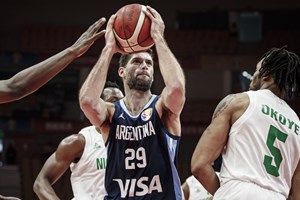 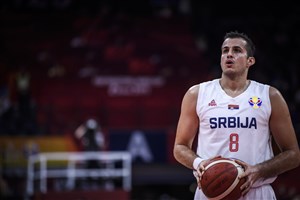