COLORADO SPRINGS (USA) - The stage is now set for American trio Donovan Mitchell, Kyle Kuzma and Jayson Tatum to take their games to new heights at the FIBA Basketball World Cup in China following an announcement on Thursday by USA Basketball about its squad.

The United States are attempting to become the first country to win three consecutive FIBA Basketball World Cups. This year's squad will remind many of the team in 2010, in Turkey, that rolled to the title.

With none of the players from the country's 2008 Gold Medal winning team, the USA rolled to the title with then 21-year-olds Kevin Durant, Stephen Curry and Russell Westbrook using the event as a launchpad for greatness.

Boston Celtics teammates of Tatum and Walker, Jaylen Brown and Marcus Smart, along with  emerging star Montrezl Harrell of the Los Angeles Clippers, 2014 World Cup winner Mason Plumlee of the Denver Nuggets, New York Knicks big man Julius Randle and veteran forward Thaddeus Young of the Chicago Bulls have been added to the USA squad for the training camp that runs from August 5-9 in Las Vegas. 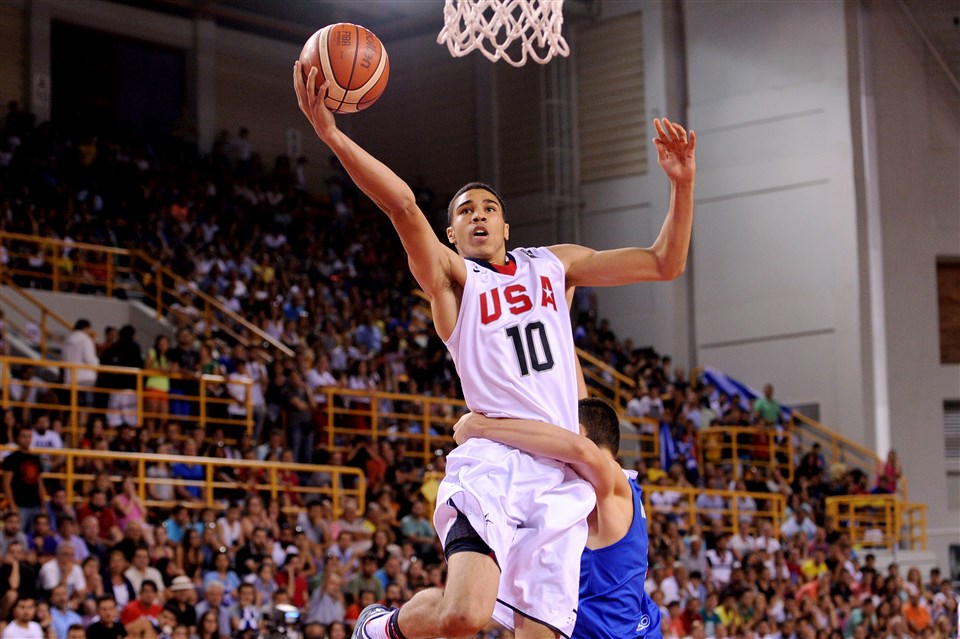 Tatum won the U19 World Cup with the USA four years ago in Crete, Greece

"Since USA Basketball started the men's national team program in 2006, we have understood the necessity of fluidity within the program and the importance of having a deep national team roster that features both young and veteran standout NBA players," said USA Basketball Men's National Team Managing Director Jerry Colangelo

"The six players we added today are all outstanding players in their own right, and along with the other players who will attend the World Cup Team training camp, will offer Coach (Gregg) Popovich and his staff some remarkable athleticism and versatility."

In addition to Plumlee, four other newcomers have USA Basketball experience. Harell, Smart and Randle all represented the country in their title-winning team at the FIBA U18 Americas Championship in Brazil.

"WE HAVE A DEEP ROSTER OF MEN WHO HAVE PLAYED FOR USA BASKETBALL ... SO THEY UNDERSTAND THE COMPETITIVENESS OF FIBA BASKETBALL AND HAVE RESPECT FOR THE OTHER NATIONAL TEAMS."- Colangelo

Smart and Harrell also helped the United States win the title at the FIBA U19 Basketball World Cup 2013 in Prague, the Czech Republic. All of those American teams went undefeated.

“USA Basketball is looking to select the best team possible for the FIBA World Cup as we attempt to win a third straight gold medal," Colangelo said. "We have a deep roster of men who have played for USA Basketball and who have experienced playing in FIBA events, so they understand the competitiveness of FIBA basketball and have respect for the other national teams.

"We’re looking forward to exposing the selected players to FIBA World Cup competition and the incredible experience of representing their country in one of the world’s premiere basketball’s competitions."

The 12-man roster for the World Cup will be announced on August 17. The Americans will have very tough warm-up games, taking on a star-studded Australia twice  in Melbourne. They will also go up against Canada in Sydney.

USA Basketball and Colangelo also on Thursday announced a 13-man USA Basketball Select Team that will also be at the training camp at UNLV's Mendenhall Center.

This year's World Cup will have for the first time 32 teams and plenty of hurdles to clear for any country with aspirations of reaching the podium.

The USA will play in the first Round in Group E against Japan, the Czech Republic and Turkey. A top-two finish would put them in the Second Round Group K against the top two sides from a Group F that consists of Greece, Brazil, New Zealand and Montenegro. The top two sides from Group K will clinch spots in the Quarter-Finals. 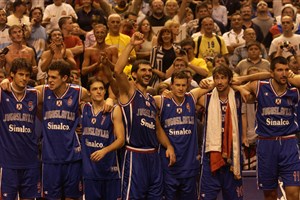 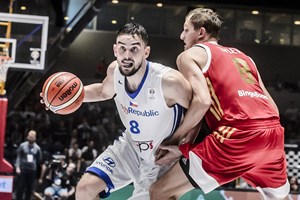