Six more teams book their Second Round tickets on Tuesday

BEIJING (China) - Six teams successfully booked their tickets to the Second Round of the FIBA Basketball World Cup 2019, with Brazil, Dominican Republic, France, Australia, Lithuania, and Team USA all confirming their spots in a drama-filled Tuesday slate.

By advancing to the next round, all six nations have also assured themselves of places in next year's Olympic Qualifying Tournament should they not qualify outright for Tokyo 2020.

A couple of upsets rocked the World Cup and shook the balance of power, headlined by Brazil's one-point escape act over Giannis Antetokounmpo's Greece, 79-78, in Nanjing. The win propelled Brazil to the next round and forced Greece into a must-win situation against New Zealand on Thursday in Group F.

Speaking of New Zealand, the Tall Blacks stayed alive after Corey Webster's hot shooting helped them get by Montenegro, 93-83. If Webster's New Zealand beats Greece on Thursday, the Kiwis are through to the next round.

Joining Brazil in the Second Round are Dominican Republic and France from Group G. The Dominicans sprung the other dramatic upset of the day, dealing fancied Germany a 70-68 defeat at the Shenzhen Bay Sports Center before the French outclassed Jordan, 103-64, in the same venue later in the evening.

Both the Germans and Jordanians are now relegated to the Classification Phase of the World Cup.

Also in the Classification Phase are Group H's Canada and Senegal, who fell by the wayside, as Australia and Lithuania survived what was billed to be the tournament's 'Group of Death.'

The Boomers had to scramble in the second half before they put the Lions out for good, 81-68, as the Lithuanians blew out the Canadians, 92-69, in the Dongguan Basketball Center nightcap.

Meanwhile in Shanghai, Japan absorbed their second defeat of their campaign, 89-76, at the hands of Czech Republic, who stay alive to play for a Second Round berth on Thursday in Group E.

Facing the Czechs in that encounter will be Turkey, who somehow found a way to crumble under the pressure and fall short against Team USA, 93-92, in overtime at the Shanghai Oriental Sports Center.

Turkey very nearly dealt the Americans their first Preliminary Round loss since 1998, but the European side muffed a number of free-throws in overtime that left the door ajar for Team USA to steal victory from the jaws of defeat.

The result made it two wins out of two for Gregg Popovich's team, enough to formalize their entry to the Second Round.

Once all Second Round berths have been filled, the teams from Groups E and F will move to Shenzhen for the Second Round to form Group K, while the winners of Groups G and H will troop to Nanjing in a newly-formed Group L. The top two teams of those groups will go on to cross paths in the Quarter-Finals. 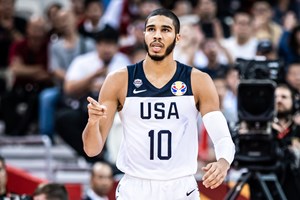 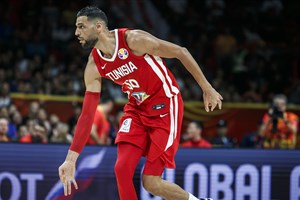