It brings to 29 the number of known teams that will compete at the first-ever 32-team World Cup, taking place in China from August 31-September 15.

The last three places - 2 from the Americas and 1 from Europe - will be determined on Monday, the very last day of the Qualifiers.

Russia was the first of the seven teams to qualify on Sunday. The European giants erased an 18-point deficit against Finland by hitting 7-of-9 three-pointers in the final quarter to take a 91-76 win. The result sees them return to the World Cup after missing out on the competition in 2014.

It was then Asia's turn to take center stage as the region's four World Cup tickets still on offer were snapped up in a matter of two hours.

Japan got things started by cruising past Qatar, 96-48, to make their return to the competition in which they last played when they hosted it in 2006.

Jordan's ticket for China 2019 was secured courtesy of Lebanon losing 84-72 to Korea. The Falcons then got to sign off on a winning note by outlasting New Zealand 86-80.

Finally, Philippines assured themselves that they will appear at a second World Cup in a row after finishing as Asia's best 4th-placed team. This was achieved through a combination of Gilas Filipinas beating Kazakhstan 93-75 and Lebanon's defeat at the hands of Korea.

🇵🇭 All The Philippines' islands are bouncing tonight after their national team qualified to the #FIBAWC!!! Congratulations! pic.twitter.com/fNXO0uFtrf

Back in Europe, 2014 World Cup runners-up Serbia registered an impressive 30 assists as they comfortably beat Israel, 97-76.

The seventh team to qualify on Sunday came in Abidjan, Cote d'Ivoire, where the hosts beat Mali 69-49 to finish as the best 3rd-placed team in the African Qualifiers. Their reward comes in the shape of playing at the World Cup for the first time since 2010.

THEY DID IT! Cote d'Ivoire qualify as the best 3rd of the #FIBAWC African Qualifiers 🇨🇮🎉#ThisIsMyHouse pic.twitter.com/x4bH3PhgkX

Click here to find out what the three teams from the Americas (Dominican Republic, Puerto Rico, Uruguay) and the two from Europe (Latvia, Montenegro) have to do on Monday in order to clinch the remaining three places and complete the World Cup's 32-team field. 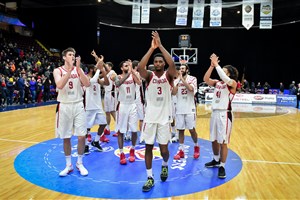 What must the last five World Cup hopefuls do to claim remaining three tickets on offer? 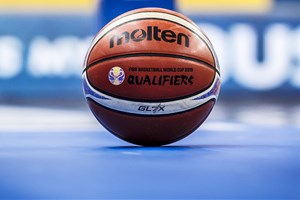