WUHAN (China) - Russia booked their slot to the Second Round of the FIBA Basketball World Cup on Monday after seeing off an early charge from Korea 87-73 at the Wuhan Sports Center.

Mikhail Kulagin and Andrey Zubkov added 11 points to the statistics board that spoke highly of a side ready to share roles all for the glory of Russia in a collective team effort.

Turning Point: Third quarter dominance is a thing for superior teams and Russia came out all guns blazing scoring 23 points while limiting Korea to just 12. More importantly, Russia found ways to stop Korea center Guna Ra who had scored 13 points in the first half and they limited him to just six in the second half.

Using their size to full effect on both ends of the court, Russia reminded everyone why they are within distance of being called title favourites. They wore a fierce look that showcased a determined team ready to fight tooth and nail for victory.

A near triple double with nine assists, eight points and seven rebounds, the CSKA Moscow small forward was on fire as he helped his outfit record a second straight victory at the World Cup.

Bottom Line: Russia face Argentina in what is expected to be a close tie to determine Group B table leaders and eventually the fate of their route to their objective - the Final in Beijing.

They Said: "I want to appreciate the Korean team they battled the whole game they showed character even when we went up we knew that they run the first break and can we made some changes in the third quarter which was very important. we have to move forward and move forward and think about Argentina." Russia shooting guard Sergev Karasev

"We knew it would be tough after an emotional win two days ago, we kind of feel that we are better on paper. we wanted to understand that Korea can play a different style of play. They fought until the end. It looked like a big lead but I was a bit nervous because I knew that they could come back into the game. Our players were distributing something. We have to continue to play like this." Russia coach Sergey Bazarevich 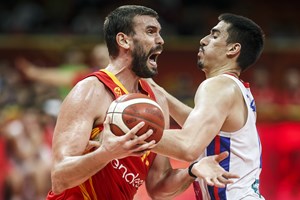 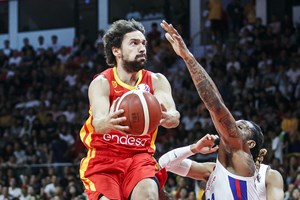