SHANGHAI (China) - For a boy who made his professional debut before his 15th birthday, it was always clear that Ricky Rubio is going to break some records along the way. In China, he surpassed Pablo Prigioni and is now the player with most assists in the history of the FIBA Basketball World Cup.

Prigioni, the Argentine genius, had 106 assists in 24 games played to lead that stat department since assists were included in the boxscore in 1994. Rubio tied him with 4 assists against Serbia, then went on to take the overall lead when he found a wide open Juancho Hernangomez for a three-pointer against Poland, early in the second quarter of the Quarter-Finals in Shanghai on Tuesday.

"It's an honor, really, to be mentioned in the same sentence as one of my idols. I played against him multiple times and I learned a lot from him. Being named in the same category as him, it's a huge honor," Rubio said when informed he was right next to Pablo Prigioni at the top of the all-time list.

Rubio reached 106 assists in the 21st game of his World Cup career, and took the overall lead in the 22nd one. With his level of play in China, praise has been coming from all over the world since day one.

"A brilliant playmaking role by Ricky Rubio. He held all the strings to the game in his hands, absolutely," Serbian head coach Sasha Djordjevic, a former point guard himself, acknowledged after Rubio's outstanding performance against Serbia, in which he was selected for the TCL Player of the Game award.

Not surprisingly, Sergio Scariolo, who has overseen Rubio's progress for most of his national team career, got emotional when asked about the growth of the new Phoenix Suns member.

"Before, when we were coming here, I was going through the past and I looked at a photo from the podium when we won (FIBA EuroBasket) in 2009. I was watching the faces of the players. You could see Ricky being really, really a baby. It was 10 years ago, he was 18, but my point is... When I took over, my decision was: 'For however long I'm coaching this team, you will be my starting point guard.' Because he's special. He can do many different things, such a good passer, smart player, good defensive player. He's finding his way, his balance between running the team and scoring now. He is still in process. I think Ricky is still on his way to improve, to finally get that balance between passing the ball and shooting the ball himself. He is close to the full maturity and best years are still to come for him," Spanish national team coach smiled throughout his reply. 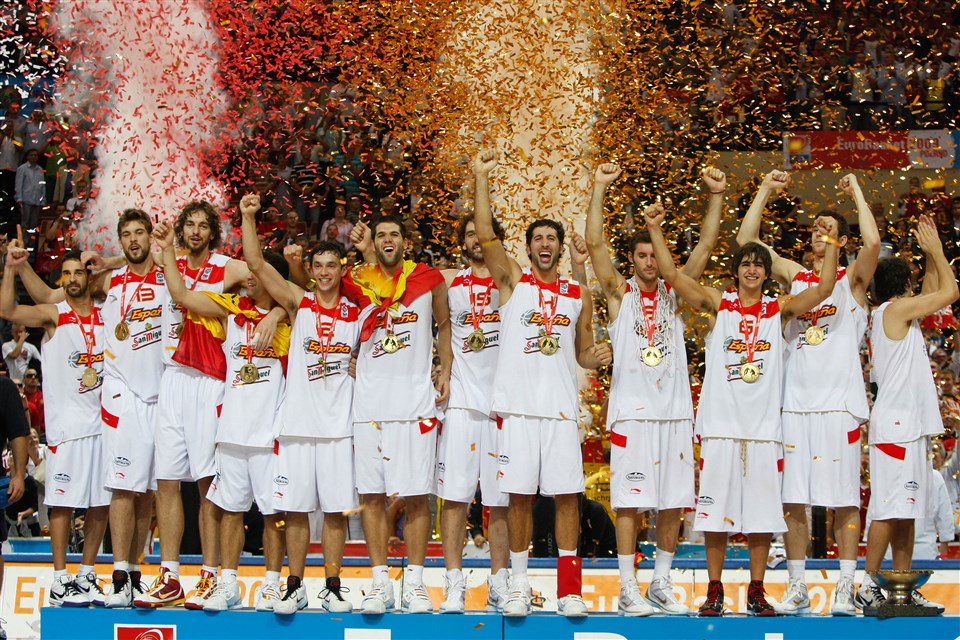 Baby Rubio, third from the right, celebrating in 2009

Rubio will turn 29 on October 21, and it is somewhat symbolic that he reached the top of the passing list in China. It was right here that he made his grand entrance to the big scene, playing his first Olympics in 2008 as a 17-year-old, the youngest player to ever play the Final of the Olympic Games. Now, 11 years later, he is living up to all the potential he showed back then.

And you should rely on coach Scariolo's words. Ricky Rubio's best years are still to come. 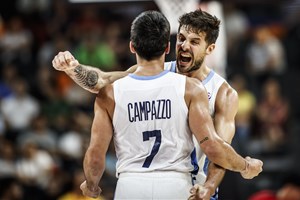 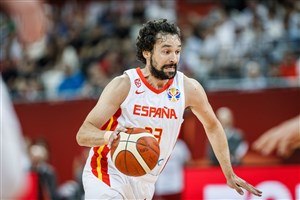