BEIJING (China) - Poland avoided a slip-up in their final Group A game at the FIBA Basketball World Cup 2019 in getting past Cote d'Ivoire 80-63 to head into the Second Round with a perfect 3-0 record.

TCL Player of the Game Adam Waczynski led the way for Poland with 16 points while Damian Kulig had 14 points and Mateusz Pontika collected 12 points and 4 rebounds at the Wukesong Sport Center in Beijing. Cote d'Ivoire's Charles Abouo paced all scorers with 23 points with Deon Thompson picking up 18 points and 6 rebounds in the loss - the Africans' third in three games.

Turning Point: Cote d'Ivoire were within 45-43 late in the third quarter but Ponitka nailed a stepback three-pointer to start an 8-2 run and build a 53-45 lead. The Elephants would not get closer than six points the rest of the way and Poland finished off the game for good with another 8-2 run to start the fourth quarter for a 63-51 advantage.

TCL Player of the Game: Waczynski was outstanding all game as he tallied his 16 points on just 7 field goal attempts including 3-of-3 three-pointers while also chipping in with 6 assists, 1 rebound and 1 steal.

Stats Don't Lie: Poland won the rebound battle 35-26 and held Cote d'Ivoire to just 5-of-20 (25 percent) from long range while Poland's 56 percent shooting compensated for their 16 turnovers - compared to 15 for the Elephants.

Bottom Line: Poland finished the job in Group A and can now focus on the Second Round and games against Argentina and Russia in Foshan with the dream of a Quarter-Finals spot still a real possibility thanks to a 3-0 mark. Cote d'Ivoire meanwhile head to the Classification Round looking to finish the World Cup as highly ranked as possible.

They said: "I love our team. This is such a team to root for because of the personalities and characters involved. They are a selfless team and give up so much for each other, they play for each other and they make each other better. I'm really proud of them taking the challenges we've faced here." - Poland head coach Mike Taylor

"We are extremely happy after the Group Phase that we are 3-0. We said before (the tournament) we are going to fight in every game and give 100 percent and it will give us the win. We are extremely proud of all the guys who stepped on the court and they gave 100 percent, even more. The most important thing, I was talking to the guys earlier, we still make mistakes; we still don't play offensively and defensively perfectly; but it's our mentality that gives us the opportunity to win in the end." - Poland forward Adam Waczyski

"I'm satisfied with the effort of our group. They executed some of the things we prepared. Similar to our first game against China, we weren't able to sustain what we had for 40 minutes, but there are a lot of positive things about this game and we're going to use this pool play to continue to build to play better in the next two games." - Cote d'Ivoire head coach Paolo Povia

"We showed a little bit more intensity than our second game and I think for us the key is sustaining that intensity of effort and concentration for 40 minutes. We had a lapse today in the third quarter that let the game get away from us and we need 40 minutes to win at this level." - Cote d'Ivoire guard Noe-Charles Abouo 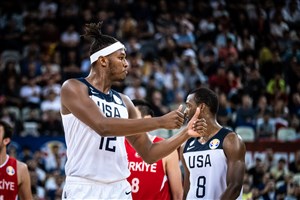 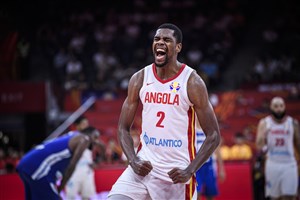