SHENZHEN (China) - The future of France's national team has started at the FIBA Basketball World Cup 2019 where Frank Ntilikina has shown through two games why many of his veteran teammates are full of praise for the 21-year-old point guard.

He was teamed up with Andrew Albicy in the opener against Germany with the task of trying to slow down superstar playmaker Dennis Schroder, who had a nightmare first quarter and struggled to 23 points on 7-of-19 shots.  After chipping in 8 points in the first game, Ntilikina looked more to run the show against Jordan and knocked down two three-pointers in the first quarter en route to 12 points, 5 rebounds, 5 assists, 3 steals and 1 block.

"HE'S THE FUTURE OF THE TEAM." - Batum about Ntilikina 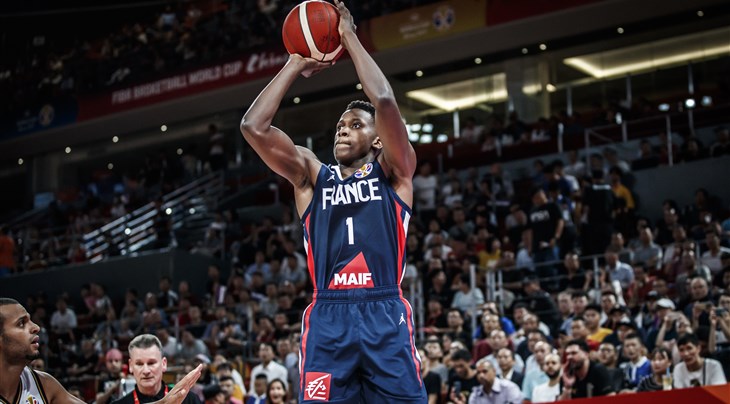 "He's been great. It's not easy when it's your first international competition," veteran Nicolas Batum said of Ntilikina, who was making his France senior national team debut in the biggest game of the First Round for France.

"Against Germany he had a big task with Andrew of guarding Dennis Schroder and he did a great job on him. And (against Jordan) he controlled the rhythm for us. He's been great for us. He had two big shots to start the game and put pressure on defense, ran the team, shared the ball. That's what we asked of him and he did good."

Ntilikina said he loves having the opportunity to wear France across his chest.

"It's been amazing, an amazing experience. I feel really blessed to be able to play a World Cup with this jersey. I don't take this for granted. I want to give everything I can to my team and my country," Ntilikina said.

It was not the first time facing Schroder for Ntilikina, who completed his second season in the NBA with the New York Knicks after being selected as the number eight pick in the 2017 NBA Draft. But he knows challenging the German guard is a big deal on the world stage. 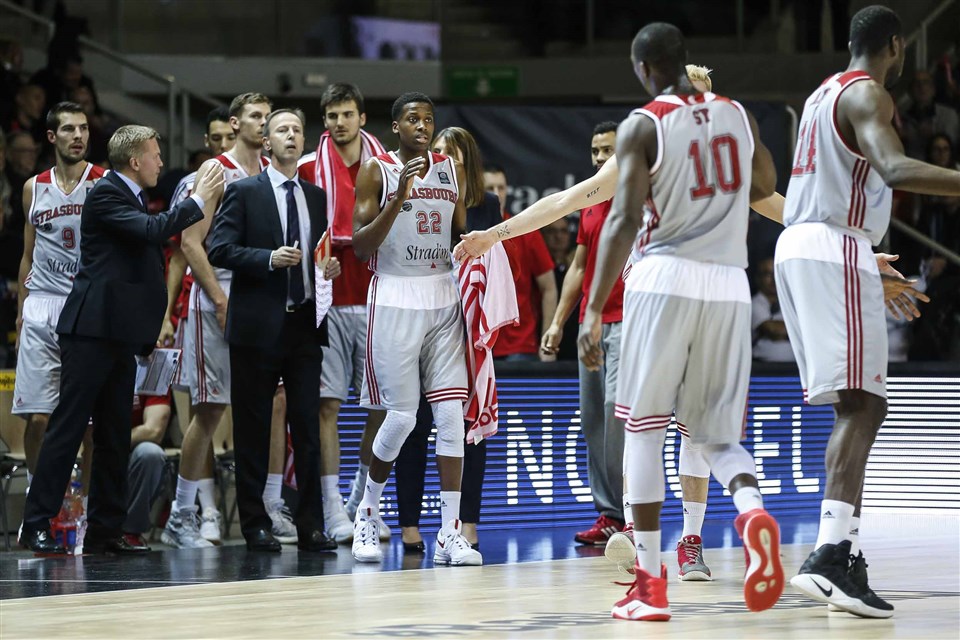 Ntilikina (No. 22) playing for Collet at Strasbourg

Playing for Les Bleus is a reunion of sorts for Ntilikina as he once again is playing for France head coach Vincent Collet, who coached him for many years at French club Strasbourg until he left for the NBA.

"I think he's physically stronger. He kept developing his body. His body frame is a little more explosive. And that's something good for him because now he can sometimes attack the basket. He can be more aggressive," Collet said of the 6ft 6in (1.98m) point guard.

The coach has seen a development in Ntilikina in just two games in Shenzhen.

"What I wish for him during this competition is to get more confidence. I am happy because (against Jordan) he didn't hesitate to take the first open shot he got. We need that. It's important for us that he can be a real threat. We have some offensive leaders but we need him also to be more aggressive like that," Collet said.

Ntilikina claimed MVP honors at the FIBA U18 European Championship 2016

"He's the future of the team. It's great for him. Heurtel got hurt and now he has to put himself in a big spot to run this team. But he can do it. He has the talent and the personality to run this team and be great," Batum added about Ntilikina, who was born in Belgium to Rwandan parents and moved to France when he was 3 years old.

Batum isn't the only France star who heaped praise on the youngster.

"The guy can play. He's really, really good defensively. For his position, his mix of size and athleticism is really above average. He's a real athlete at his position," Evan Fournier said. "Obviously he is young, but he has huge potential. The key for him is to be aggressive at the offensive end at all times. Sometimes because he's so talented he lacks the aggressiveness. He just needs to stay on top of it."

"I FEEL REALLY BLESSED TO BE ABLE TO PLAY AT A WORLD CUP WITH THIS JERSEY. I DON'T TAKE IT FOR GRANTED."- Ntilikina

France star center Rudy Gobert is looking forward to seeing what Ntilikina will do down the road for France.

"He's a very, very talented player and an excellent defender, and I see a bright future ahead for him," said Gobert, who is the two-time reigning Defensive Player of the Year in the NBA.

Ntilikina said his previous two stints for the country - at the youth level - have helped him get ready for this tournament.

"Just the experience of playing a tournament like this with a group stage and elimination games. I did that when I was younger and I know that it's a lot different when you are a senior player. I'm here learning from my teammates. We have a lot of experienced guys," Ntilikina said. 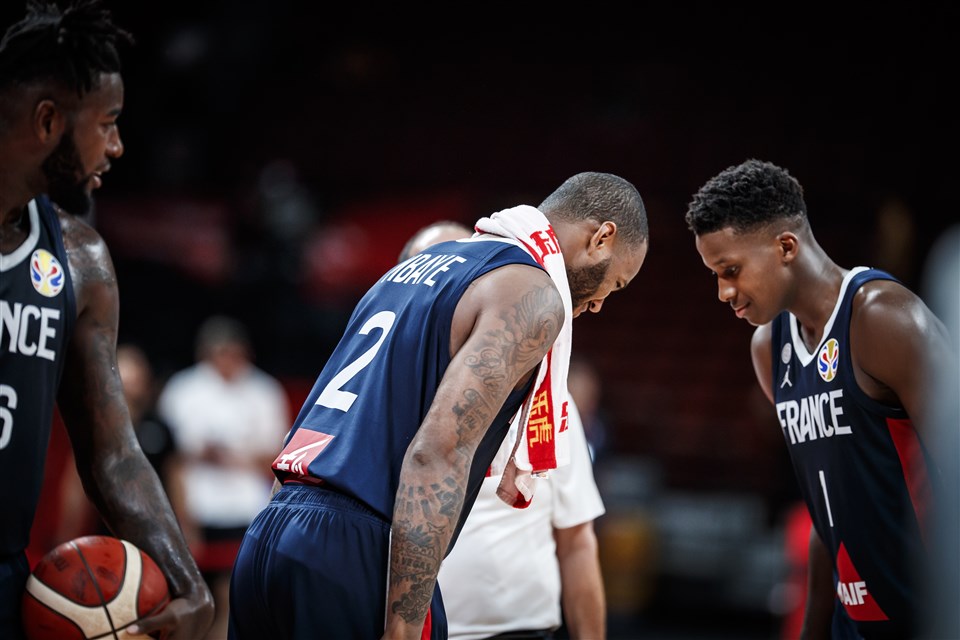 The World Cup debutant has also really enjoyed working again with Collet, who helped form him from a raw prospect into NBA talent at Strasbourg.

"It's been great. He helped me a lot in my young career. He threw me out there. It's special to come back and play for the coach that gave you the opportunity to play your first game as a pro in your first year as a pro. So, it's special. We are focused on the same goal," Ntilikina said.

That is not only to be great in China, but also be great for France in the future. 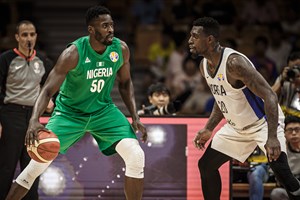 Nigeria save face with emphatic victory over Korea 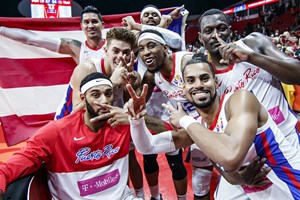