Taking part in his fifth World Cup, Scola, who will turn 40 next April, has showed no signs of slowing down. A fan favorite all over the world, but especially in China where he spent the last two seasons, the Argentine tower heard the cheers from the stands as he drove to the rim late in the first quarter against Nigeria to lay it up and in for his 7th point of the game.

The @cabboficial 🇦🇷 living legend @LScola4 moves up to #2 in the all-time #FIBAWC scoring list! 🙌

It was enough to get him to 595 points overall in his FIBA Basketball World Cup career, one more than Andrew Gaze had in his playing time, and by the end of the game against Nigeria, Scola had 611 career points, leaving Gaze far behind him.

The Australian is also in China, calling the shots for LiveBasketball.tv from Shenzhen, and he was among the first to congratulate Scola on his achievement. Gaze had a message for Scola on his incredible achievement.

"You've been a fantastic player for many, many years. It's a sad day for me, great day for you. By the way, it's taken you five World Cups; me - only four," he added jokingly. "You're a champion. You've dedicated yourself to the national team for many years and I can't be more happy for your and your achievement."

Scola himself had a response for the legendary Boomer.

"He doesn't know this, but in 1990, when he was playing in Argentina, I was there watching. I'm a big fan of his, I think he's one of the greatest ever. I'm excited, it's a big part for me to be, to have the chance to have my name out there with him, and all these other guys. For me right now it is important, but I feel it's something I'll enjoy more in a couple weeks. We have a lot of things going on right now. I think it's very important, but we have other goals right now. In a couple weeks, maybe in a couple years we'll look back, and I'll go, oh my God, I just passed this guy," ecstatic 39-year-old said.

The part which Gaze mentioned about dedication was also emphasized by Scola's head coach Sergio Hernandez.

"He is our teacher. He is 39 years old, but he gets up every morning and is trying to be better and better, trying to work out more than everybody else. Before the training camp (this summer), he was training for 14 weeks, in his house in the country, where he has his own court, with a personal trainer and a coach, working so hard, getting up at 6 in the morning... He leads by example, not by word. All teams need a leader like him. We love him," Argentina head coach explained.

"WE'VE LEARNED A LOT FROM HIM. HE IS OUR LEADER, WE JUST FOLLOW HIM." - CAMPAZZO 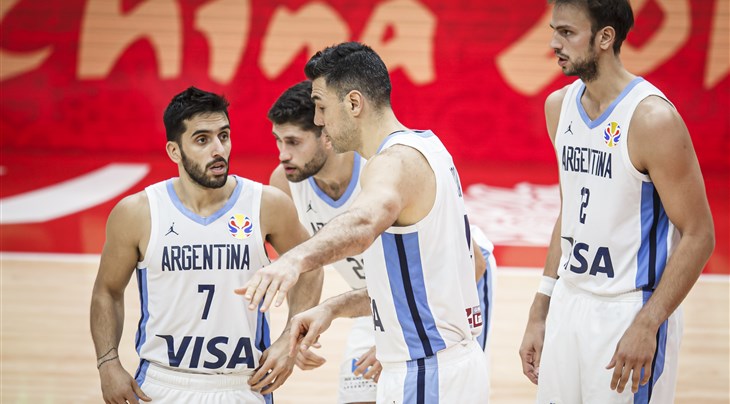 "I feel the same. He is our leader, we love his leadership, we learned a lot of things about the game from him, and we just follow him in every game and in every practice," Facundo Campazzo, who is ready to take over as the next big Argentine star, said of Scola.

Scola with 611 points now only has Oscar Schmidt in front of him. Brazil's Mao Santa (Holly Hand) will most likely never be caught, as he has 906 points scored in 34 FIBA Basketball World Cup games played. But, he will stay in first place, if you ask Luis.

Along with Schmidt, Scola and Gaze, Yugoslavia's Drazen Dalipagic (563 points) and Puerto Rico's Jose Piculin Ortiz (511 points) round up the Top 5 of all time. 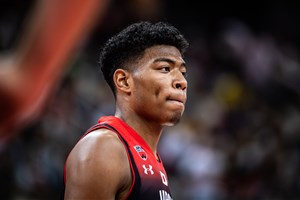 Who are the top young stars at the World Cup in China? 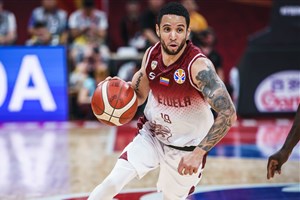