ATHENS (Greece) - Greece superstar Giannis Antetokounmpo confirmed on Friday that he will play for his country at the FIBA Basketball World Cup 2019 this summer in China.

Named only last week as the NBA's MVP following a stunning campaign with the Milwaukee Bucks, Antetokounmpo is now determined to help Greece in their bid to return to the podium, which they haven't done at a World Cup since 2006 after their runners-up finish to Spain.

Speaking at the presentation of his first signature shoe design, Zoom Freak 1, Antetokounmpo said: "I haven't talked with the coach yet. I don't know which position I will play in. But I don't care. I just want to play. Whether I play as a guard or as a center, I don't care. I'm a basketball player. I want to help the team in every way."

Antetokounmpo played at the World Cup five years ago in Spain when he was just emerging as a big-time player in the NBA.

"I JUST WANT TO PLAY. WHETHER I PLAY AS A GUARD OR AS A CENTER, I DON'T CARE. I’M A BASKETBALL PLAYER. I WANT TO HELP THE TEAM IN EVERY WAY."- Antetokounmpo

He also competed at FIBA EuroBasket 2015 and then again at the FIBA Olympic Qualifying Tournament the following year in Turin, Italy.

Greece had a very good team but were denied by Croatia in the Semi-Finals and came up short of the Rio Games.

Greece will play in Group F against Brazil, New Zealand and Montenegro and must finish in the top two to advance to Second Round Group K to go up against the top two sides from a Group E that consists of the USA, Turkey, Japan and the Czech Republic.

The top two sides from that Second Round group will reach the Quarter-Finals.

Antetokounmpo, who came up just short of the NBA Finals, is now widely viewed as one of the best players in basketball. Now Greece are hoping he can lead their basketball team to new heights.

Under the outstanding leadership of coach Thanasis Skourtopoulos, Greece won 11 of their 12 games in the European Qualifiers. 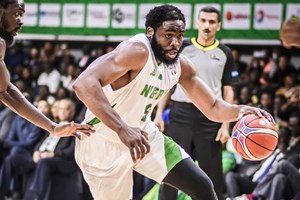 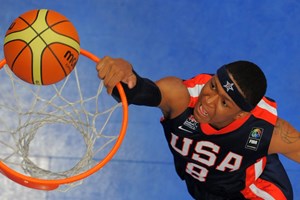