NANJING (China) -  France have qualified for the Quarter-Finals after surviving a furious comeback by Lithuania in exciting Second Round action.

In a re-match of the  FIBA Basketball World Cup 2014 Third Place Game, France jumped out to an early lead only to then withstood a furious rally from Lithuania to win 78-75.

Unbeaten teams France and Australia qualify out of Group L, while Lithuania are knocked out.

Turning Point: After being down by 16 points in the third, Lithuania fought right back and hit the front late. The game was tied 74 heading into the last minute before Fournier hit a floater to give France the lead. De Colo then gave France a three-point advantage after hitting a jumper. They hung on from there.

TCL Player of the Game: Evan Fournier was superb. He helped give France an early lead with a hot 9-point first quarter. He continued to pour in baskets and hit clutch baskets all night along with his backcourt partner in crime Nando de Colo.

Stats Don't Lie: Lithuania struggled from the floor shooting just 38% overall and a dire 5-of-19 from three. They did keep in the contest through their efforts in getting to the line - shooting 24-of-29. France can be well pleased with their defense.

Bottom Line: France qualify for the final eight but before then face fellow unbeaten team Australia on Monday. Lithuania will face the Dominican Republic.

They said: "We had a great start, that’s what we have been doing the last four games. We gave up too many fouls in the second quarter. And free throws kept them in the game. It was a tough game. Both teams did not make shots. It was a do or die game, especially for them. Maybe for us it would have put us in a bad position against Australia. The two main guys on offense took over and made big shots. We made stops when it mattered. It was a good team win for us." - France forward Nicolas Batum

"We started the game the right way until halftime. I was very happy with our performance. We had control (in the first half) over the defensive rebound, which we knew before the game would be a big key. We knew how aggressive Lithuania attack the boards. It was more difficult after that, which is one of the reasons why they came back. We made two big shots from Nando and Evan but I think when you see the whole game that we deserved the win." – France coach Vincent Collet 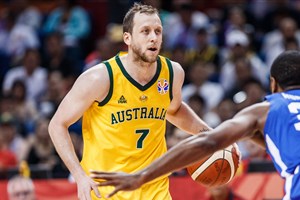 Australia, France punch their tickets to the Quarter-Finals of the World Cup

China and Nigeria's fight for the Olympics sets up blockbuster clash 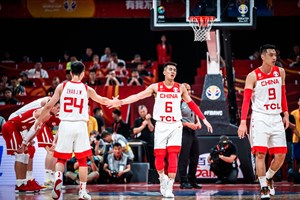