BEIJING (China) - France are emerging like strong contenders for the title, with coach Vincent Collet rounding out his backcourt with experience after spending the closing days of the training camp with a loaded selection of guards.

And Andrew Albicy, Nando De Colo, Evan Fournier, Paul Lacombe and Frank Ntilikina got the nod from the head coach, while the last two national team members to be cut were also the two youngest ones in 18-year-old Theo Maledon and 21-year-old Elie Okobo.

"Theo (Maledon) wasn't comfortable with his shoulder and unfortunately could not defend his chances during the tournament in Shenyang. I want to thank Elie (Okobo) for responding to our call during the preparation period, for taking a part in this and showing exemplary spirit throughout the camp, but he did not convince me he could be our third guard. Nando De Colo will be able to bring his experience and help out Frank (Ntilikina) and Andrew (Albicy) with the point guard position," Collet explained his decision.

Ntilikina is another 21-year-old, but he already has two NBA seasons under his belt, while De Colo, who is 32, and Albicy, a 29-year-old, have much more tricks in their bags filled with experience, compared to the last players cut. Fournier and Nicolas Batum will be in charge of scoring, and Rudy Gobert leads a strong and physical frontcourt for Les Bleus.

France looked impressive during their friendly games, only dropping a pair of them - against Serbia and Turkey. But that is now behind them, and they are fully focused on their Group G assignments in Shenzhen, where they will play Germany, Jordan and Dominican Republic.

But, with France aiming for the top spots  in China, they will also keep an eye on events in Group H, where Lithuania, Australia, Canada and Senegal will provide two of France's opponents in the Second Round - if France advance from the First Round of Group Phase themselves, of course. 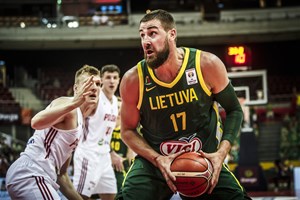 Don't forget to keep your eyes on these Asia Cup stars at the FIBA Basketball World Cup 2019! 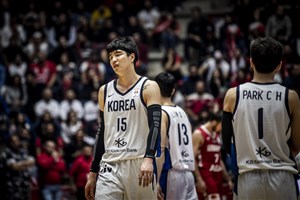