France and Gobert aren't here to play: ''We are out there to win the highest reward''

PARIS (France) - Rudy Gobert channeled a bit of Vince Lombardi heading to the FIBA Basketball World Cup 2019, saying France aren't going to China just to take part in the event. They want to be at the top once the final buzzer sounds on September 15.

It wasn't quite like "We run to win, not just to be in the race," or "Winning isn't everything, it's the only thing" classics that the iconic NFL coach gave the world in the 1960s. But the French center kept it short and simple when asked about the French hopes for the event in China.

"You don't go out there just to play. You are going out there to try and win the highest reward," Gobert said going into his most important summer with the national team yet. Not just because of the World Cup, but also because it can be an important step for Gobert, en route to living out his basketball dream.

Last time around at the FIBA Basketball World Cup, it was Gobert's time to shine. A virtually unknown 22-year-old exploded to the scene at the summit in Spain, becoming the defensive wall too tall for all, including the hosts.

"For me, the key moment was the (FIBA Basketball) World Cup when we beat Spain at home in the Quarter-Finals. We were the underdogs, we knew they had a full team, they were at home, and they hadn't lost one game. And we barely made it to the Quarter-Finals. But we beat them at home. For me, in my young career, that was the turning point. The key moment. Great feeling," Gobert reminisced.

France went on to win their only medal in the history of the competition by claiming the lowest step on the podium. They will look to add to their tally in Shenzhen, as they face Dominican Republic, Germany and Jordan in Group G.

"You go out there to do your best to defend your colors. It's a lot of pride. It's always fun, you give everything what you got."

France will need to finish in the top two spots of the group to move forward and face the two from the Group of Death - Canada, Australia, Lithuania, Senegal. But a tough pair of group phases like that should get their working temperature up, if they survive that part of the competition, they are almost a lock for another podium. 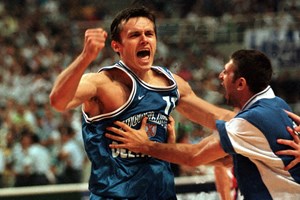 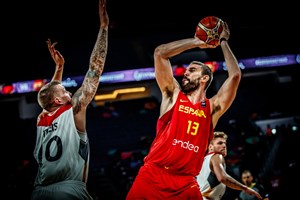