MADRID (Spain) - To be a part of a team that captures a FIBA Basketball World Cup is an extraordinary moment in the life of a player.

For one to do so twice, and especially in the modern era, is something incredible.

That's how captain Rudy Fernandez remembered it on Tuesday, the one year anniversary of Spain's magnificent title-game triumph in Beijing over Argentina. He reflected on that accomplishment which, even to this day, he finds hard to believe.

"I still have that tingling feeling," he said in an interview with FEB. " On a personal level, it was incredible to be able to win a World Cup for the second time. At no time did I think that I was going to experience a personal happiness of this magnitude last summer."

Fernandez wasn't the only one to celebrate a second world title. Center Marc Gasol did, too. They were just breaking onto the scene at the World Cup 14 years ago in Japan when Spain prevailed in that competition, going unbeaten with a dramatic win over Argentina in the Semi-Final and a blowout triumph over Greece in the title game.

Thirteen years later, they were leaders in a Spain team that marched to the title in China, again going undefeated.

"The other day, I was talking about it with Marc and we would never have thought that after 2006, we could relive everything," Fernandez said.

There were veterans that represented Spain in China, and less heralded players.

Though Spain had their early struggles, they turned on the style once the knockout round began.

The biggest test came in the Semi-Finals, when they survived a tense, double overtime classic against Australia. Even though the Boomers went in front by 11 points in the third quarter, Spain never lost faith.

"The Semi-Final against Australia was an incredible moment because it looked difficult, then with possibilities, then the comeback. But I think that pride, giving everything for the shirt and never giving up a ball for being lost, was what allowed us to reach the Final," Fernandez said. "That's the DNA of this national team." 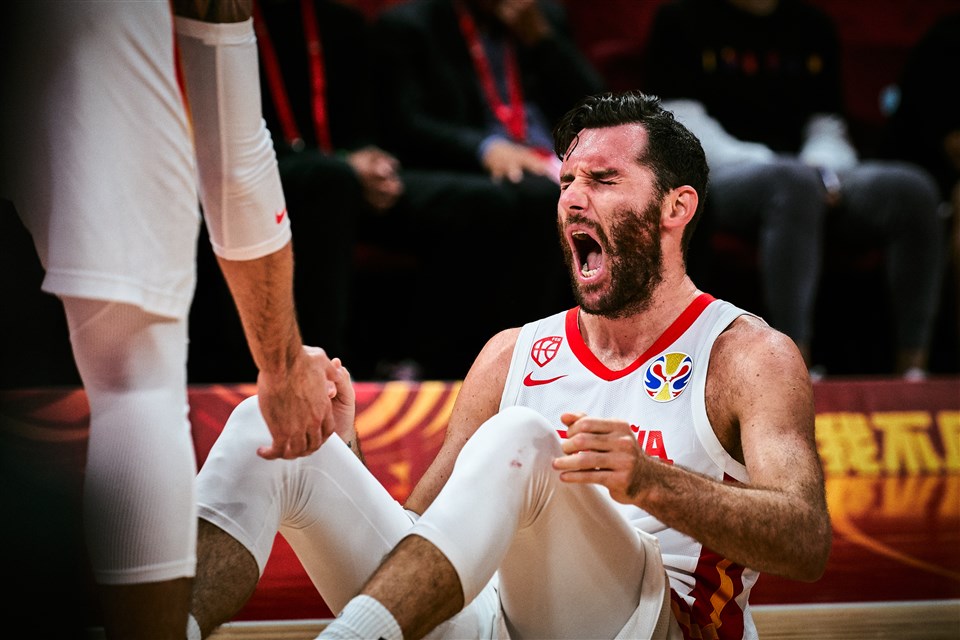 For Fernandez, memories of China brings back a flood of emotions. His grandfather passed away last summer and his sister, Marta, a former star with Spain's women's team, was pregnant but had a miscarriage.

"I have no words to describe all the help I received, from my family and friends; and from my second family, which is the national team," he said.

Nobody is born a hero. It took conviction, determination and just a dash of crazy to become the hero you are. And it took inspiration—the kind of inspiration only another hero can provide. This hoodie is a celebration of you and the person who helped you become who you are—your hero. @nikesportswear TÚ ERES MI ÍDOLO SISTER @martafernandez5

"I had a lot of ups and downs during training and the whole team was always there to give me love. That gave me strength to face what was on a personal level one of the most difficult championships of my career."

As for next year, Spain will be looking to again be among the best teams at the Tokyo Olympics. Fernandez made his Olympic bow at the Athens Games in 2004 and he was on Spain teams that finished runners-up at the Beijing (2008) and London (2012) Games, and finished third at the Rio Games (2016).

"Of course I am very excited to be at the coach's (Sergio Scariolo) disposal next summer," he said. "That will mean that we have worked hard to be there but also that we have the responsibility to continue leaving our country as high as possible. This coming summer we have the opportunity to do it again."