The Americans had set the record for the highest number of threes made in a single game in the 1994 World Cup , hitting 19 shots from deep on two occasions - against Puerto Rico in a 134-83 win and once more against Russia in a 111-94 victory. That was also the year FIBA started tracking all statistical categories per game.

In today's 126-71 win over Jordan, coach Nick Nurse's wards made a conscious effort to locate the shooters, and his snipers did not disappoint.

Kyle Wiltjer hit the most threes, making 7-of-9 from beyond the arc, while Cory Joseph and Phil Scrubb each nailed three triples. Kevin Pangos and Conor Morgan sank two three-pointers each, while Melvin Ejim, Kaza Kajami-Keane, Andrew Nembhard and Thomas Scrubb all notched the target from deep once.

Canada were so efficient from long range, shooting at a 54.5% clip (24-of-44)  for the game, that they had already made 19 triples  - tying the previous mark - in just three quarters.

The Canadians also hit a milestone in terms of playmaking as their 37 assists tied the World Cup all-time single-game record set by Serbia earlier in the tournament in their meeting with the Philippines.

Canada may be out of title contention at the FIBA Basketball World Cup 2019, but setting a new standard for three-point shooting is a distinction Team Canada can certainly be proud of as they close their World Cup campaign. 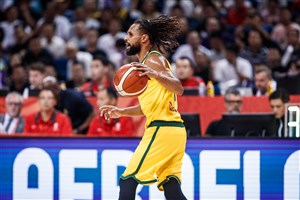 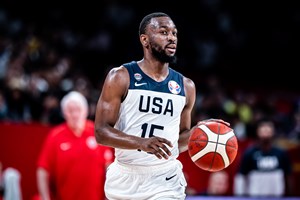