DONGGUAN (China) - Argentina played a sublime game to take down Serbia in the Quarter-Finals, reaching the final four phase for the first time in last 13 years and leaving Serbia without a medal in China.

It finished 97-87, another high scoring game giving you an idea on how efficient Sergio Hernandez's men played against the team who were dreaming of lifting the Naismith Trophy in Beijing when all is said and done. Facundo Campazzo was the energy bolt Argentina needed, with 18 points and 12 assists, Luis Scola scored 20, and it was the role players who were on target again for the South American side.

Patricio Garino collected 15 points, Gabriel Deck added 13 to the mix, and Luca Vildoza had a huge first half, finishing with 11 points in 15 minutes of work. Bogdan Bogdanovic's 21 points went to waste for Serbia.

Turning Point: Argentina were up for most of the game, but it was their response when Serbia took the lead at the start of the fourth that was impressive. Back-to-back and-one plays by Nicolas Laprovittola and Luis Scola made it an 87-76 game with just over three minutes to play. That seemed to break Serbian spirits completely, there was no magical comeback by the team that had Nikola Jokic, Bogdan Bogdanovic, Boban Marjanovic and all the other stars here.

TCL Player of the Game: Facundo Campazzo had 18 points, 12 assists, 6 rebounds and 3 steals, becoming the first man with 15+ points, 10+ assists, 5+ rebounds and 3+ steals since Croatia's Toni Kukoc, who did it against Canada in 1994.

Stats Don't Lie: The difference in turnovers was not that big, with Serbia turning the ball over 16 times, compared to Argentina's 14. But Argentina had a 27-16 edge in points from turnovers, a gap far too big for a game like this.

Bottom Line: Argentina are back to the Semi-Finals for the first time since 2006, when they finished fourth in Japan. Serbia, the hot favorites coming into the World Cup with their 10-0 preparation period record, are out of the medal hunt and must focus on the Classification Games 5-8.

They Said: "We believed it. It wasn't impossible. We have a great team and we have great energy. The way we played today is an example of what we want to do over the years. We weren't afraid. We played hard. We have terrific players. It wasn’t impossible and we figured it out." - Argentina small forward Patricio Garino

"We should have played better defense and more concentrated. The toughest matches are the Quarter-Finals but now we have lost the chance to win a medal. The best thing we can do now is to fight to at least be the fifth." - Serbia shooting guard Bogdan Bogdanovic 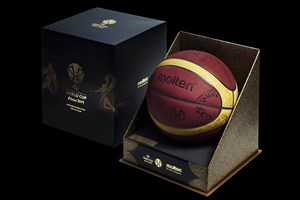 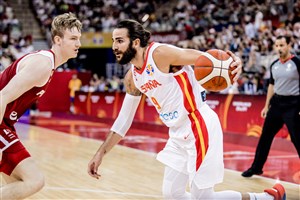