GUANGZHOU (China) - Having been the comeback kids in their first two games, one successfully against Iran and the other a close-but-no-prize versus Spain, Puerto Rico left it to the end once again before dispatching Tunisia 67-64 on a Gary Browne three with 5.1 to play.

More than a berth in the Second Round, Tunisia would have achieved qualification for next year's Olympics in Tokyo with a win. They now go to Group N in Beijing with Angola and Philippines for Classification Games 17-32.

Puerto Rico's prize for their success – a trip to Wuhan for games with Serbia and Italy in Group J.

Turning Point: 3:29 left to play. Tunisia should have learned from Iran's experience that this is when Puerto Rico wakes up and goes for the throat. They had come back from 9 down at this point against Iran and the difference today was only 5. David Huertas hit a three to tie the game at 64 with 1:34 to go. Tunisia had two good looks to pad their lead but couldn't convert. Then came Browne from downtown and another come from behind success.

TCL Player of the Game: Renaldo Balkman led Puerto Rico with 14 points and 9 rebounds, 4 on the offensive boards where his team grabbed 18 total to keep their offense alive. He also blocked 4 shots today, more than in his previous eight World Cup appearances combined (3).

Stats Don't Lie: Puerto Rico have won their last three close (5 points or less) games in FIBA Basketball World Cup competition, after losing four of their previous five nail-biters. In this year's tournament they have beat Iran by 2 points and now Tunisia by 3. They cut Spain's lead to 6 two days ago but couldn't get closer.

Bottom Line: Note to Serbia and Italy. The scouting report on Puerto Rico should have this as the top line: With less than four minutes to play, you better have a big lead because that's when the islanders get dialed in and find a way to win. Iran will testify to that. So will Tunisia.

They Said: "This game was similar to the last two or three games we played. We’ve been working very hard for what we have got now and it feels really good to accomplish to get into the second round. I'll be selfish if I would say it was just the last shot (go ahead basket). Basketball is a team sport and everybody did a pretty good job offensively and defensively." - Puerto Rico guard Gary Browne

"These guys compete. They are warriors. We had a lot of negatively before the tournament. Everybody discarded us. These guys got together as a family. This is an incredible group. They came out and competed and I tip my hat how they came back and won the game. They represent the country the best I’ve seen in 18 years in the national team. It’s an honor to be the coach of the group. I am very proud to be in front of these guys. We have a group that plays together." - Puerto Rico coach Eddie Casiano

"We lost this game. We had a lot of chances in the last five minutes. The game was in our hands. We made mistakes and it happens. It is disappointing because we could have qualified for the Olympics. We had zero three pointers in the first half which is not normal. We are usually a good three-point shooting team. We need to win our two games (remaining) and by a lot of points. We now will go out and play. It is not over and we will go again and try to go to the Olympics. We are going to fight." - Tunisia coach Mario Palma 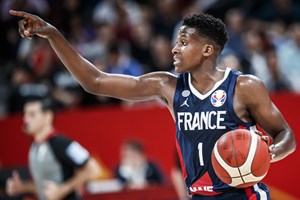 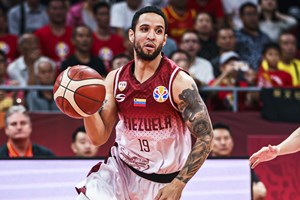