This happened just a few months after he helped the Toronto Raptors win their first NBA championship.

Gasol joined Lamar Odom as the only two players to win an NBA title and the World Cup in the same year. Odom did it in 2010 and now Gasol has pulled off the feat in 2019.

"HOW MUCH YOU INVEST, HOW MUCH YOU SACRIFICE OVER SUMMER, ALL OF THESE THINGS - IT'S WORTH IT."

The 34-year-old big man will be the first to tell anyone how much work it took to get the job done, especially against the hard-fighting Argentinians in the World Cup Final.

This Naismith trophy is the second in Gasol's international career as he also helped Spain capture the 2006 title in Japan.

The 2.15m (7ft 1in) center was a late addition to the 2006 team after an injury forced Fran Vazquez to withdraw from the squad. Gasol did not log as many minutes 13 years ago but he was very important, especially in the Final triumph over Greece. His famous brother, Pau, got hurt in the Semi-Final win over Argentina in Japan and couldn't play in the title game but everyone, including younger brother Marc, made up for his absence with outstanding play.

Marc Gasol had to dig in and give everything he had to win the championship a second time.

"I didn't have much energy, but yes, you know when you have to give all you have left," he said. "I'm very fortunate to be in this position again. I don't know how it looked from the outside, but believe me, it wasn't so smooth."

A few months ago in June, right after Toronto's historic NBA title run, many felt he might take the summer off and rest. He had played an NBA season that began in October 2018. The Memphis Grizzlies traded him to the Raptors in mid-season and he had to grind it out in the Playoffs.

Gasol never wavered. He joined the national team and put in a performance that earned him a spot on the All-Star Five.

After the smoke had cleared, to paraphrase what Spain head coach Sergio Scariolo said after their win in the Final, basketball handsomely rewarded Marc.

A year to remember.

"NBA champion and a World Cup winner in the same summer... what can I say?" Marc beamed. "How does it sound to you? I feel very fortunate. All of (my medals) mean a lot, I don't know how many medals I won with the national team, I think this is the ninth one. Two World Cups, two FIBA EuroBaskets, two silvers in the Olympics, all of them mean a lot."

Marc will return to Toronto pretty soon and start to get ready for training camp before the Raptors open a new NBA season with the targets on their backs as the defending champions.

As such, Marc will have played high level competitive basketball for nearly 12 months straight, but he's not complaining. Playing for his country is important. It's something his children are going to know all about. 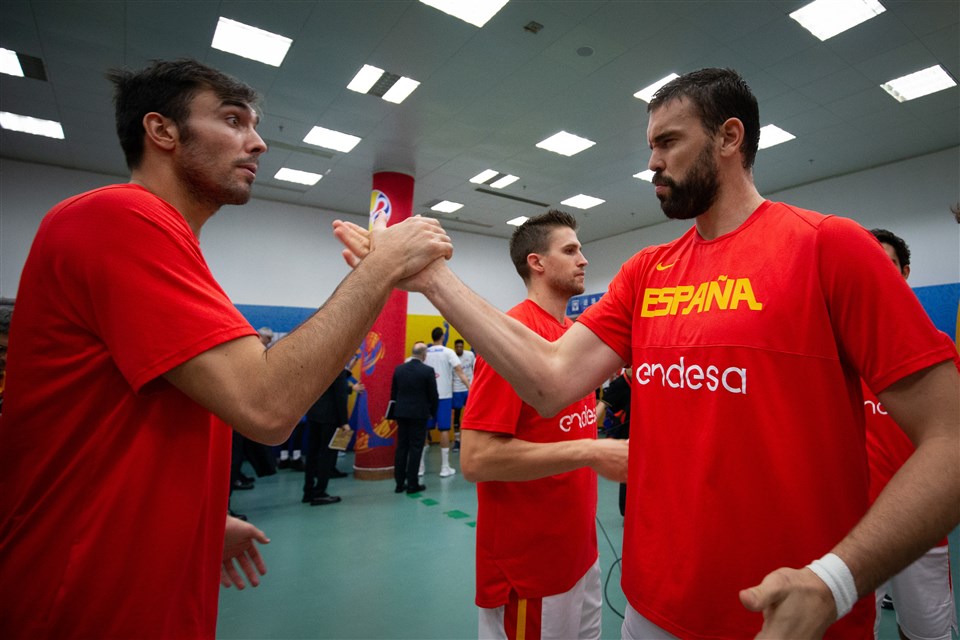 "How much you invest, how much you sacrifice over summer, all of these things - it's worth it," he said. "The ball from the Final is for my kids. I have a daughter and a son, my son likes to play basketball, my daughter doesn't like to play basketball yet, but if she picks it up, she has a ball to play with."

If Marc's children do play ball and add to their family's decorated history, that would be amazing. One thing is clear, by winning an NBA title title and the Naismith Trophy, Gasol has ruled in 2019. 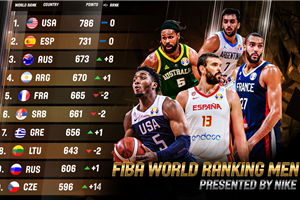 Spain close in on USA in the updated FIBA World Ranking Men, presented by NIKE 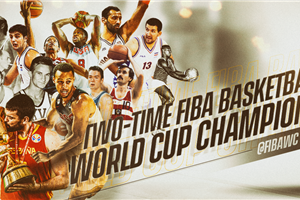