Milos Teodosic, Dusko Savanovic, Milenko Tepic, Novica Velickovic, Milan Macvan, Boban Marjanovic, Vladimir Lucic and Miroslav Raduljica competed for Serbia in past summers but weren't in the 2013 squad for a myriad of reasons.

Teodosic, Savanovic, Tepic, Velickovic and Macvan were in the Serbia squad that finished fourth at the 2010 FIBA World Championship while Raduljica, who played as a rookie in the NBA this season with the Milwaukee Bucks, last wore the national team shirt at EuroBasket 2009 when he helped the team to a second-place finish.

Golden State Warriors reserve center Ognjen Kuzmic, who had previously been in the Bosnia and Herzegovina set-up but did not play in a senior competition, is among the 29 named by Serbia.

"This is an expanded list of players for the team that will travel to Spain," Djordjevic said.

"The final composition will depend on the form of players, their health, and the preparations.

"With most of the candidates we have been in direct contact, and that contact will continue until 9 July, when they begin the preparations.

"We are following the games of candidates in the finals of the national championships, as well as the performances in the junior national teams."

Serbia clinched a spot at the World Cup when they defeated Italy in the battle for seventh place at the EuroBasket in Slovenia.

The team rose one spot to No. 11 in the FIBA Ranking Men. 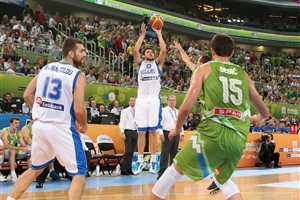 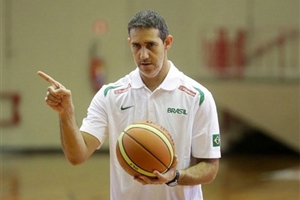