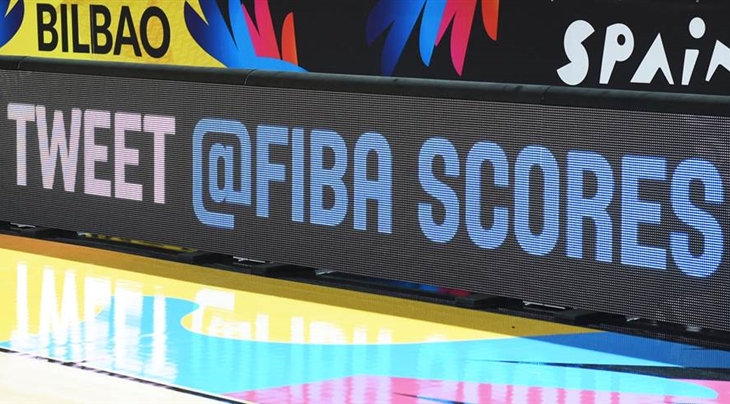 For the first time ever, fans will get live scores from every game of FIBA's flagship event on Twitter. All they have to do is tweet '@FIBA scores' to find out in real time how their favourite team is performing.

The partnership also includes the following initiatives:
- Through Vine Booth and Twitter Mirror, fans will have the chance to see what the players are like off the court, by going behind the scenes for unique and unprecedented access.
- Fans can look forward to posing with giant #Spain2014 hashtags outside Palau Sant Jordi in Barcelona (6-11 September) and the Palacio de los Deportes in Madrid (6-14 September), the venues hosting the Final Phase of the tournament.

The collaboration between FIBA and Twitter is also valid for the 2014 FIBA World Championship for Women.

Twitter (NYSE: TWTR) is a global platform for public self-expression and conversation in real time. By developing a fundamentally new way for people to create, distribute and discover content, we have enabled every voice to echo around the world instantly and unfiltered. The service can be accessed at Twitter.com, via Twitter mobile applications for a variety of devices, and by text message. For more information, visit discover.twitter.com or follow @twitter.

The FIBA Basketball World Cup, known from 1950 until 2010 as the FIBA World Championship, is the flagship event of the International Basketball Federation (FIBA). Go to www.fiba.basketball/spain2014 to find out more. 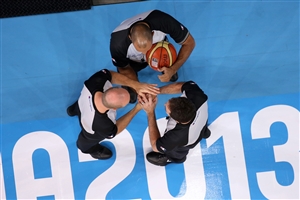 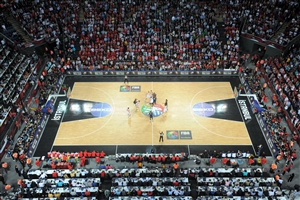