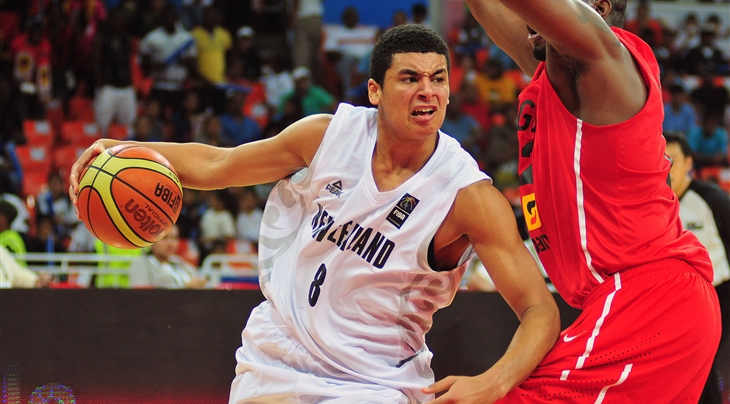 AUCKLAND (FIBA Basketball World Cup) - New Zealand coach Nenad Vucinic is keeping his fingers crossed that Tai Webster will hit the ground running when he joins the team next week ahead of the opening game in their friendly series with Korea.

The 19-year-old point guard, coming off his freshman season with the Nebraska Cornhuskers in American college basketball, missed the Tall Blacks' trials in Auckland this week.

"What we have identified is we are maybe a little thin in the guard line," Vucinic said.

"Tai (Webster) boosts our stocks in that regard when he arrives on Monday.

"He was with us a couple of years ago and has enjoyed a good season with Nebraska and we are hoping that he comes back in good shape and good form and is able to slot in quickly."

A standout performer for the Tall Blacks at the 2012 FIBA Olympic Qualifying Tournament, Webster is likely to feature for the team at the FIBA Basketball World Cup.

Another collegian, University of Hawaii standout Isaac Fotu, is with the squad.

Vucinic initially announced a 24-man squad ahead of the World Cup and this week trimmed the list to 17.

There also remains a strong presence of youngsters, with Tohi Smith-Milner and Jack Salt (both 18) as well as  Tai Wynyard (16) still a part of the group.

"We have got a lot of big guys at the moment where in the past we have suffered from a lack of size," Vucinic said.

"That is why at this point we have included Jack, Tai and Tohi into this training squad for the series.

"We hope they will benefit a lot from their involvement over the next 10 days, being around some experienced players."

It remains to be seen if New Zealand will fill the naturalized spot that teams are allowed to have.

Both Casey Frank and Nick Horvath are training with the Tall Blacks.

"Nick and Casey are battling for the one naturalized spot, but that doesn't mean we will eventually have a naturalized player on the team for Spain, they still have to fight for a spot on the team," Vucinic said.

Rob Loe isn't currently with the New Zealanders but is nevertheless a strong candidate to play at the World Cup.

He just finished his NCAA career with the Saint Louis Billikens and is playing for the Golden State Warriors this summer, so he isn't available to face the Koreans.

The three-game series against Korea starts in Wellington on 15 July, with the second game in Tauranga two days later and the third in Auckland on 19 July.

"The Korea series is great for us not only to play in front of our own fans, but also to test and prepare players for what is ahead of them," said Vucinic.

"We will also try to work on different combinations of players throughout those three games."

At the World Cup, New Zealand will play Group Phase games in Bilbao against Turkey, Ukraine, the Dominican Republic, Finland and the United States. 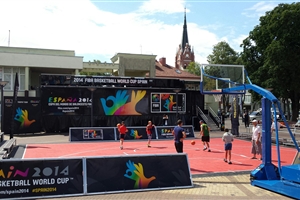 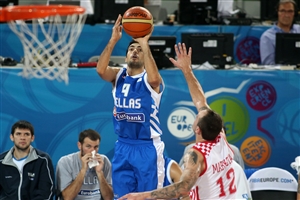