TAIPEI (Chinese Taipei) - The senior men’s national team of Chinese Taipei were riding the high in 2013 following their performance at the FIBA Asia Cup. Now, they are building back their program with intriguing prospects in hopes of reviving some of those glorious moments.

Chinese Taipei are currently at the top of Group B in the Asia Cup Qualifiers. It would certainly be quite an achievement for the program to make it back to the Asia Cup later this year and build off of some promising performances by their rising stars. 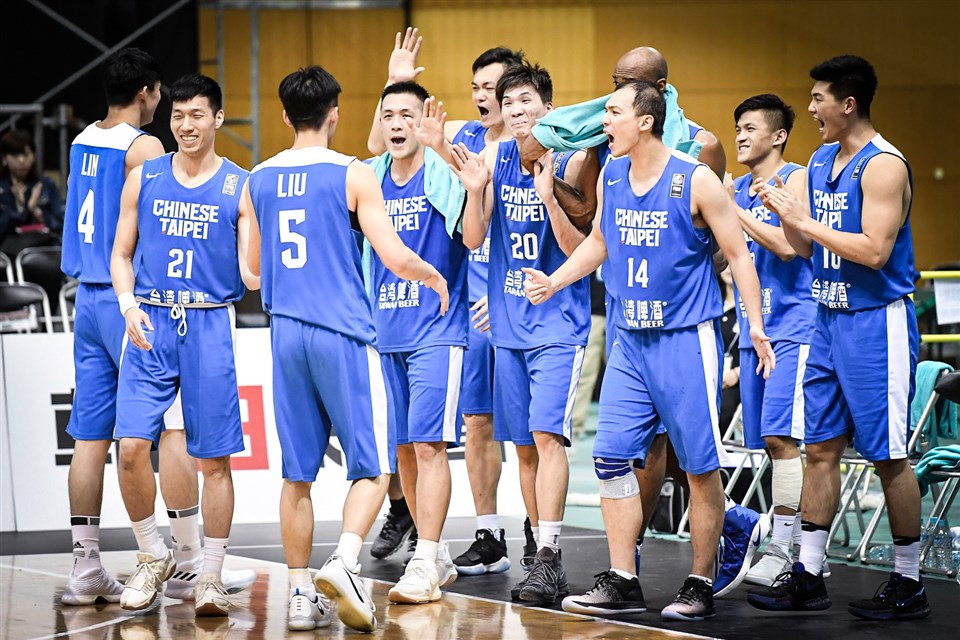 JT: I called some games in last season’s Super Basketball League (SBL) Finals, which Taiwan Beer won 4-3 over Yulon Luxgen Dinos, and enjoyed every second of it. It was wholly unpredictable, from one game to the next. When it comes to Chinese Taipei’s national team, there are nine teams in Asia higher in the FIBA World Ranking. On current form, it would be a significant accomplishment for the team to climb one or two spots. There is a combativeness to the team but it’s as if Chinese Taipei are always swimming upstream. Every game against the teams in the upper echelon are a struggle.

JB: I have been watching Chinese Taipei basketball since 2013 when I lived there as a youth basketball coach for three months. Basketball in places such as Taipei, Taichung, and Kaohsiung is a national obsession. That summer in 2013, there was the Asia Cup in Manila where my father was the commentator. I was very impressed with the style of play from Chinese Taipei lead by Lin Chih Chieh and Quincy Davis. They did very well in the group stage to beat the Philippines and almost made it to the Final. I was also very impressed by the amount of support they had back home because I was watching games with hundreds of people in Ximen Central Taipei that summer. Every weekend that summer for three months, I would go to Gongguan to play 3X3 for hours at NTU. I would meet new people and play basketball, and all we would speak about was the Chinese Taipei national team’s future.

What are some things you would like to see from Chinese Taipei in the Asia Cup Qualifiers?

JT: There needs to be better concentration and execution. The intensity has to always be at the maximum. Chinese Taipei are not the biggest of teams yet they must play faster and make  opposing defenses work harder for the majority of the shot clock. Defensively, Chinese Taipei seem vulnerable to dribble penetration.

JB: Chinese Taipei need to get back to the promise they had between 2013 and 2015. They need to be able to match up with teams such as Japan, China, Iran, and Australia. Right now, I would say that this is a development period for them and they need to identify the players who are going to carry them forward into the future.

With a rich history comes a long list of talented players. Who is a player throughout Chinese Taipei’s history that you are most impressed with?

JT: I liked forward Lin Chih Chieh, someone that came up big on occasion for Chinese Taipei, professionally in the country. He captured the imagination of fans. Remember how he started things off for Chinese Taipei at the FIBA Asia Cup 2013 in the Philippines, four three-pointers and twenty-seven points in a win over Jordan? He also came up big in the Quarter-Final upset of China, pouring in 17 points. Lin was a mystery man, though, for Chinese Taipei. You never knew exactly what he was going to do. After that sensational effort against China, Iran all but shut him down in the next game, limiting him to just one of six shooting from deep and three points as they rolled to victory. Then against Korea in the Third-Place Game, he finished with a donut - ZERO points in 20 minutes. There were more good times than bad, though. In the 2006－2007 campaign, otherwise known as the Lin Chih Chieh season, he was not only the league MVP but also the Finals MVP after firing Taiwan Beer to the title. He also scooped the Finals MVP the next season as Taiwan Beer went back to back.

JB: That is an easy answer, Lin Chih Chieh! My biggest regret in the summer of 2013 was not getting the national team jersey with his name on the back. My word! That man was one of the best 1-on-1 perimeter players in Asia Cup basketball. 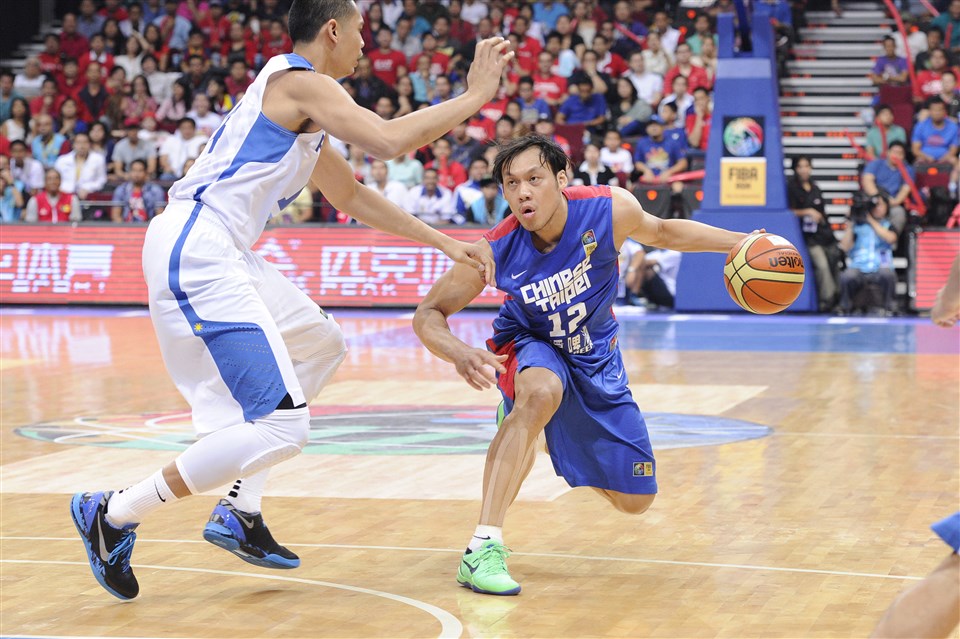 However, Lin Chih Chieh all but seems to be retired from national team duties at the moment. Who do you think has taken the mantle as the best player in the program right now?

JT: It’s tough to pick a “best” player after this team fell apart in the way they did to Japan. That said, I’ve seen Chou Yi-Hsiang have some big games. He’s strong and athletic and a scorer. I want him to be a leader, particularly on the defensive end. 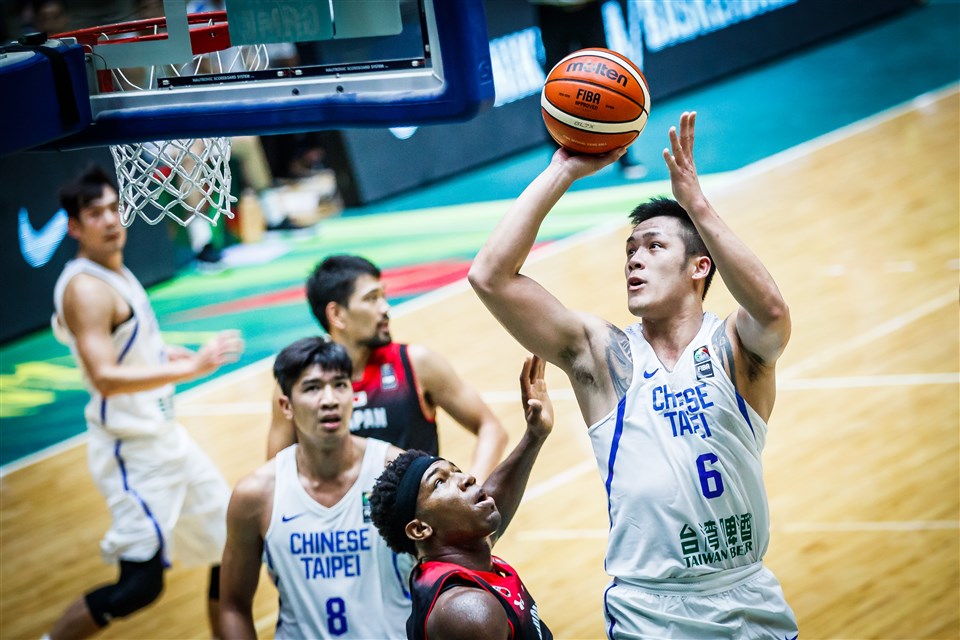 JB: Ray Chen has a lot of promise about his game, I think now is a defining moment for him because he is entering the prime years of his career. I think he needs to model his game like Yuki Togashii from Japan. If he can play at a higher tempo that enables him to facilitate and score more effectively then it will raise the level of play for those around him. 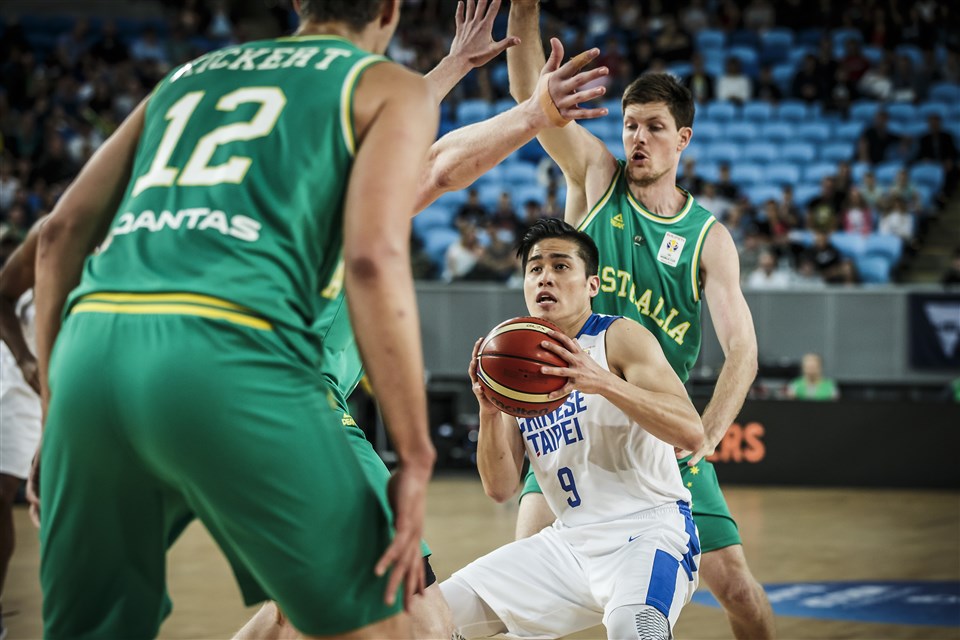 Who do you feel could be a surprising key contributor?

JB: The magic gems in international basketball or surprising key players that make a difference for me are the shooters. Huang Jhen is a solid perimeter shooter, he is the kind of player that could be that gem that has a big game at the right time. When shooters are hot, they can go off, and who is to say he can’t have a big game in an Asia Cup elimination match?

What is a moment in Chinese Taipei basketball history in the Asia Cup that stands out for you?

JT: There is NO DOUBT about this, the Quarter-Final triumph over China in 2013.

JB: In 2013, Chinese Taipei defeated China in an elimination game at the Asia Cup [in the Philippines] and that was a big moment. I was working as a basketball coach for children at an American summer camp in Wanli just north of the city of Taipei. We canceled all camp activities to watch the game that day with 300 campers! The atmosphere in the camp almost felt like we were in Manila ourselves. 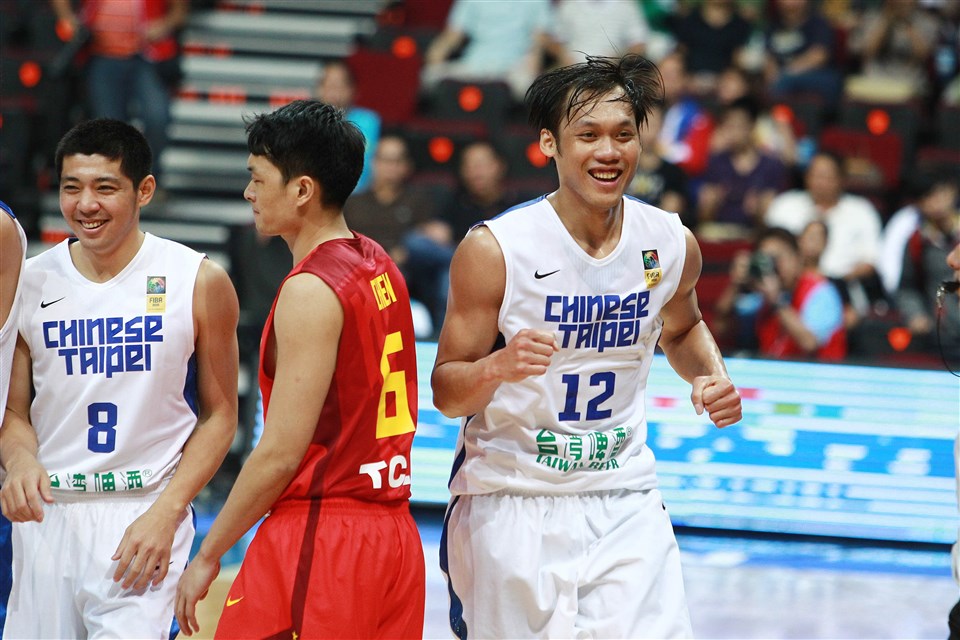 What’s a fun nickname you might have for a player on this team that you might want to claim coming up with?

What are your additional impressions about Ray Chen? Do you have a nickname for him?

JT: Intensity is not a problem with Ray Chen. He’s always going hard at opponents - maybe sometimes too hard, a little out of control? What I like about him is that he’s not afraid to try and make plays. A good nickname is "Chinese Taipei’s Ray of Hope”.

JB: Ray Chen likes to penetrate and attack defenders #RazorChen needs to be the face of this team for the next 4 to 5 years. A good moniker for him will be to be considered a top 10 player in the FIBA Asia Cup.

What would be a nickname you might want to dub for this team?

JT: “The Fighting Azaleas” or “The Flower Power”.

JB: This team had a lot of promise at Asia Cup 2013 because they were one victory away from a World Cup berth. Not many countries can say that or have had that opportunity to put themselves in that position. Chinese Taipei needs to get itself back to that promise because the country has a national obsession with the game of basketball. You have to go to Taipei, Taichung, and Kaohsiung to experience just how popular high school and university basketball is at a grassroots level. The national team now has to make that #ComeBack and get back to where it should be. This team and their program is the #ComeBack. 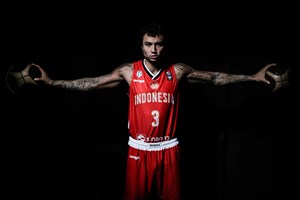 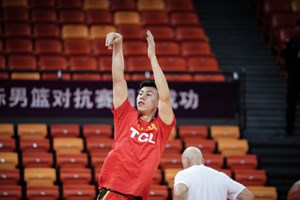 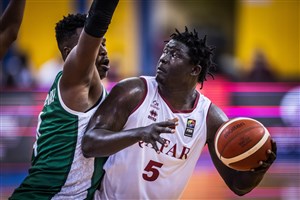 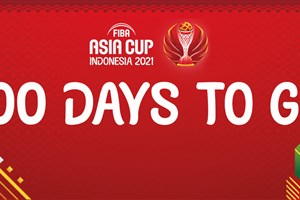