NONTHABURI (FIBA U18 Asian Championship) – The Under-18 competition of FIBA Asia has concluded. Now that the dust has settled, let’s take the time to admire the best young talents from the entire tournament that shined brightly throughout the week-long action. Australia’s captain led the team both in the stats sheet and, more importantly, on the floor. The towering 6’11” center led his team in scoring and player efficiency, but his greatest value was on the defensive end.

Not only did he lead the team in blocks (also 4th in the entire tournament), Froling was the champions' vocal leader on defense, communicating to connect the team as a unit. Froling had mentioned that Australia want to play as a team and be known for it. He has done his part in fulfilling that goal as the team’s leader.

Froiling is not as flashy as some of the other stars in this list, but he’s among the most efficient. He scored most of his points with precise cuts to the basket and by using his height advantage, but Froling didn’t shy away from taking and making the occasion long ball which can make him a very valuable player in higher level of competition. Cameron was the only player in the tournament that was able to record a triple-double and was one of only 3 players to average at least 10 points, 5 rebounds, and 5 assists per game. However, those were just only a few reasons why he has been considered a star in this tournament. Aside from his stat-stuffing way, Cameron led the silver medalists with his playmaking.

The 6’1” point guard was a bit turnover-prone (4.4 per game) but that’s only because of how much New Zealand had to rely on him to set up the offense. He is a nifty ball-handler with great vision to kick out out passes to shooters or drop passes to cutting big men. Whenever Cameron was able to get his way into the paint, he could finish respectively well (50.9%) or get a dime to his team mates. 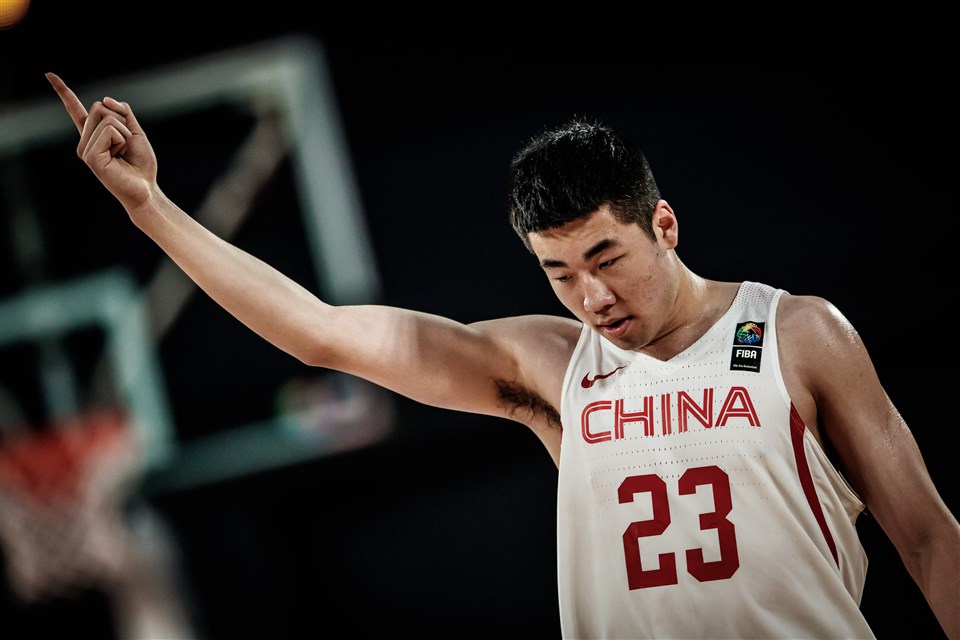 Quanze was the tournament’s most impactful player with the highest plus-minus rating at 24.9 per game. This was even more evident when you take in consideration of the contrast in China’s two games against the Philippines. In the first game, Quanze was limited to 29 minutes with foul trouble which resulted in his worst game of the tournament and a loss for the team. In their 3rd place game rematch, Quanze played the entire game, played his best game, and China blew away with a convincing win.

The intrigue of China’s 6’7” forward is that he is a highly versatile forward. He can bang it down low, he can attack off the dribble with a big collection of moves to blow by his defender, and he can knock it down from downtown. He has also stepped up as the vocal leader of what he mentions to be a shy squad, gathering them and uniting them as one on both sides of the floor.

The future NCAA Division 1 talent has impressed with his first National Team stint and should be fun to watch in the future. 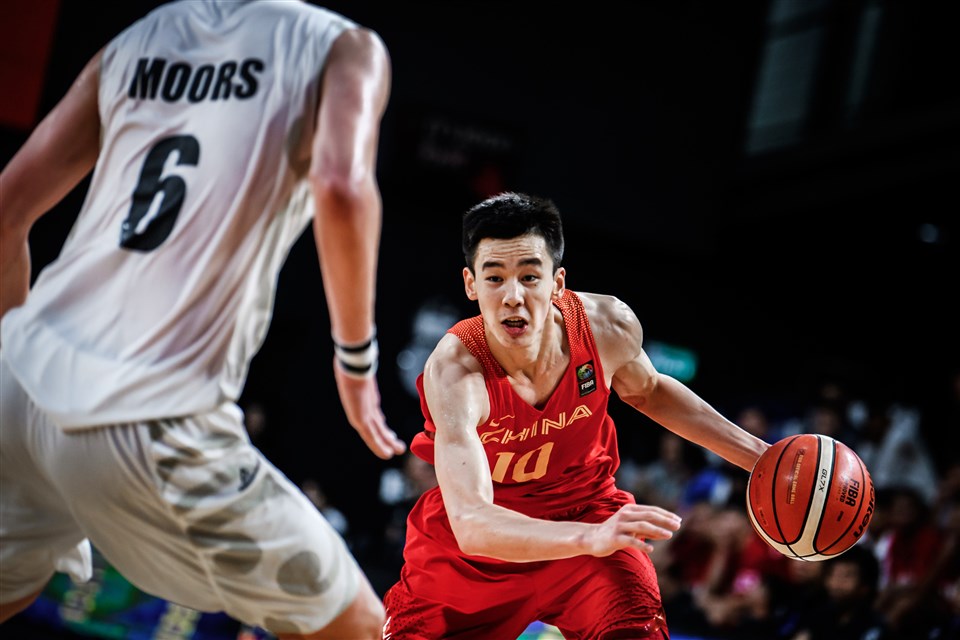 As the Most Outstanding Player in the recent 2018 NIKE All-Asia Camp, this was pretty much a performance expected from the 6’7” wing.

Aside from a relatively quiet 3rd place game against the Philippines, Haowen spent most of the tournament wrecking havoc on opposing perimeter players in the tournament. He had the range to keep defenders close and the blow by speed to go past them towards the basket. Once he got into the painted area, Haowen could finish in traffic or at least get to the line. Haowen led the tournament in free-throw attempts per game and shot 82.2% at the line, second only to Japan’s Keisei Tominaga.

One of the highlights of this tournament was when Haowen went in a toe-to-toe duel with Korea’s Hyunjung Lee and though Haowen fouled out, he displayed just how big of a star he is and will be. 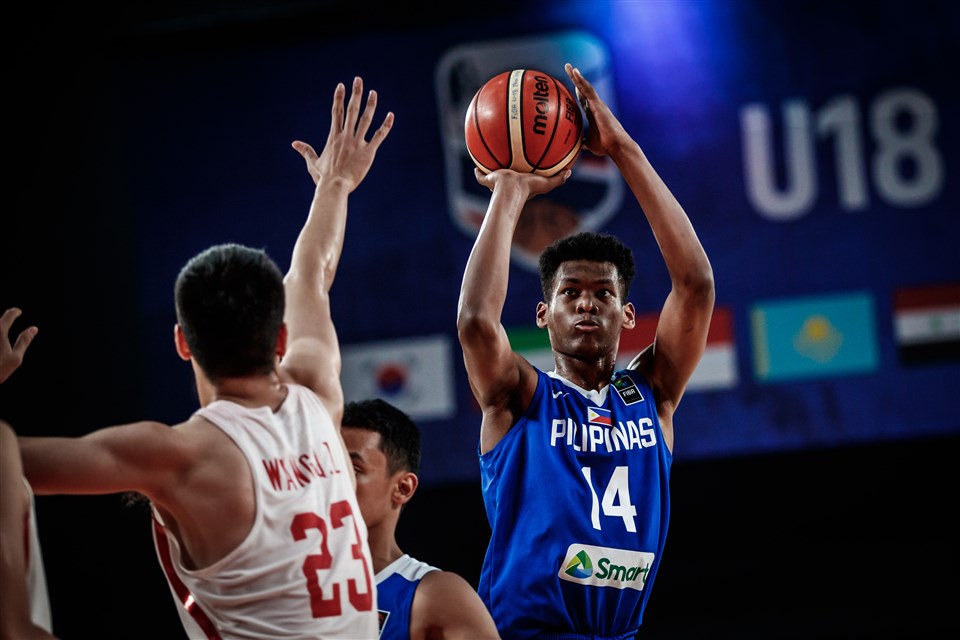 The Filipino prospect lived up to the hype surrounding him coming into this tournament and, in some ways, might have even exceeded those lofty expectations.

Edu was not a scoring machine – and Coach Josh Reyes wasn't expecting him to be. Instead, Edu thrived on being one of the best individual defenders in the tournament. Not only was he able to swat away a lot of shot attempts (and emphatically so), Edu displayed good fundamentals in not relying too much on his athleticism to contest shots. The Philippines were one of the better defensive teams in the tournament and a major part of that was Edu’s presence down low.

Edu rarely forced much on offense and instead widened eyes with his consistent three-point stroke. The 6’11” forward didn’t take too many of those long shots and most of them were in catch-and-shoot situations, but his high percentage of conversion and fluidity in motion is very promising for the future.

Korea’s star, Hyunjung Lee, probably had the best individual performance of all player in this tournament. He was a legit threat to record a triple-double in every game and could nearly win a game single-handedly. His heroic attempts to rally from behind and beat China was one for the ages, making understandable why he was so emotionally drained after the game.

Lee forces the defense to keep guessing whenever he gets the ball with his ability to create anything off the dribble. He’s a deadly knock-down shooter who can get to the basket and finish with a deft soft touch. If his scoring options are clogged, Lee has the length and vision to kick off passes to his team mates which he did so over and over again through out the whole tournament. 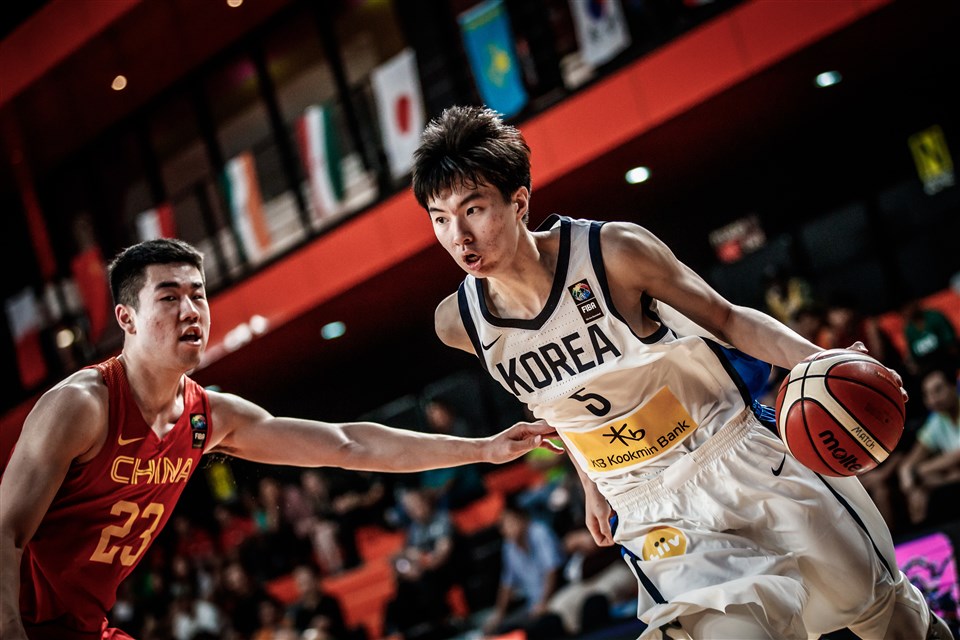 The 6’7” wing has constantly been a promising prospect and it seems like he’s taken it up a notch this year after stints in international basketball camps and in Australia. His improvement and progress was weel-displayed here and pointing towards a bright future ahead.

Rezaeifer didn’t get to claim his second straight FIBA U18 Asian Championship title, but he did show great signs of improvement and plenty of more promise going into the senior level. 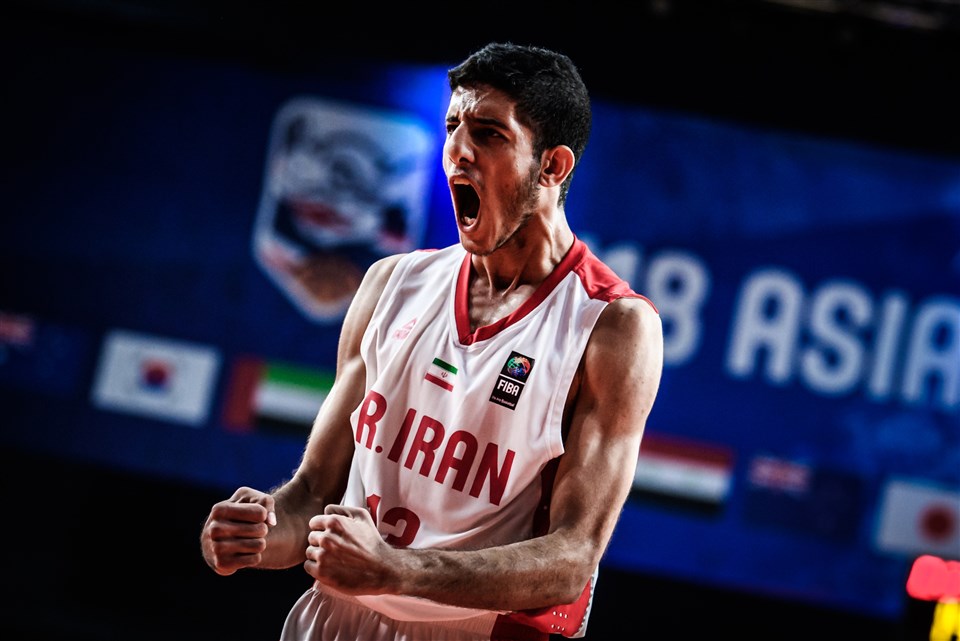 He was easily the team’s most important player (32.1 MPG) and was among the most efficient players in the tournament (20.3 Player Efficiency) as well. Rezaeifar is not a towering big man nor is he a wide post space-eater, so he relies on his above average athleticism, length, and a good instinct on getting the ball.

Rezaeifar’s strengths were more on the defensive end where he was among the very few players to average at least 2 blocks per game. His combination of length, speed, and reflex made him a terror for the opposing team on offense.

It might seem like Tominaga is a one-trick pony, but that should all be fine when you have a pony that does his tricks as well as Tominaga makes three-pointers.

Japan’s sharpshooter thrives on rapidfire threes and once he gets one going, his confidence and focus seems to shoot up. This results in multiple spurts of scoring explosion for the young gun, as fans witnessed throughout the tournament. 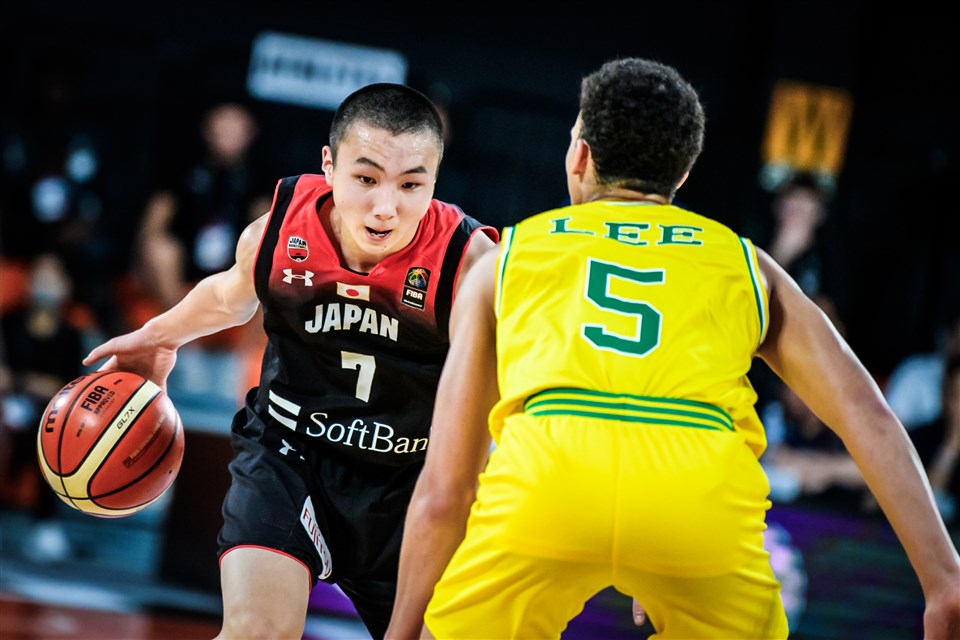 But to say that Tominaga doesn’t have anything else to offer is very, very misleading. He’s usually the spearhead oh Japan’s deadly defensive traps. He can finish from inside the arc with a solid 60% two-point field goal conversion rate. He a leader for the Japan national team by example, even if a bit soft-spoken.

This tournament was going to be a huge test for Tominaga ever since Chikara Tanaka was ruled out with an injury and he passed with fly colors.

If it certainly was Bahrain’s plans to keep Mustafa Rashed hidden away from Thailand by limiting him to only 14 minutes and 15 shot attempts in their first two games, then it was a masterful plan.

Rashed was unleashed in the crucial game against Thailand, exploded for 33 points on 5/11 shooting from downtown, and led Bahrain to the win and qualification to the playoffs. But he wasn’t done there. Rashed kept scoring and scoring and scoring all the way to lead his team to a historic 7th place in the final standings. His game is actually pretty straight forward. Rashed has a solid crossover to create space and get to the paint where he has good touch to lay it in and he’s a very accurate long range shooter as well. Rashed was a very well kept secret, but it’s going be hard to keep his name quiet now with a breakthrough performance like this.

Jonah Morrison finally broke out after piquing the interest of basketball fans back in his 2015-2016 stints in FIBA Youth events. He came into this tournament with a wider and muscular build, looking ready to pound it down low in the post. 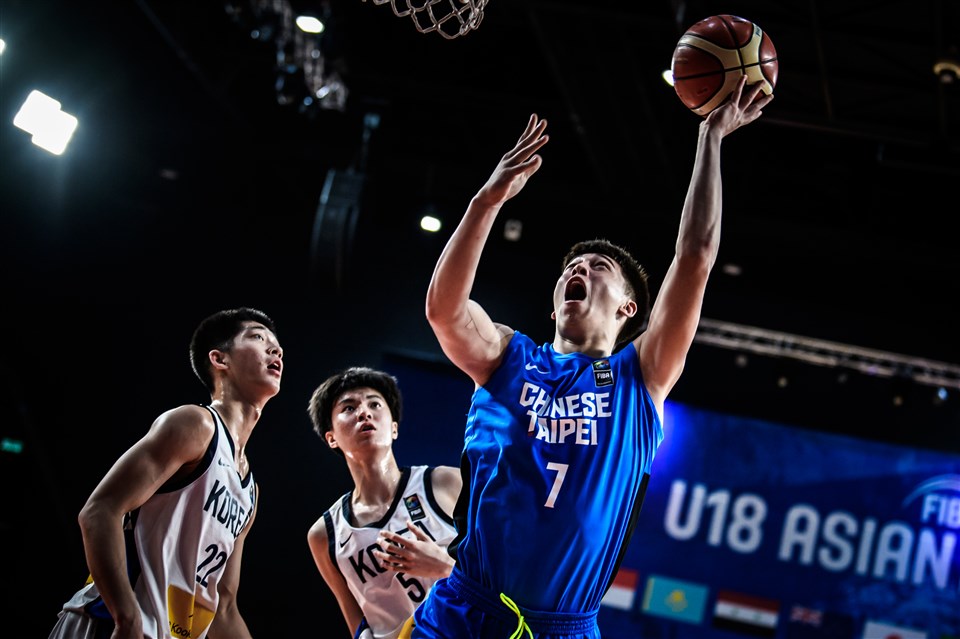 By the time the tournament ended (albeit an abrupt ending for Chinese Taipei as a team), Morrison emerged as one of the best rebounders. He averaged 11.3 rebounds and was only one of 6 players to average double-digits in rebounding.

To dig in a little bit deeper, Morrison led the entire tournament in offensive rebounding, making him a great asset in the Chinese Taipei system that values playing the possession game very highly. His frame allows him to collect offensive boards to either get a putback or get the ball out to set up the offense again. 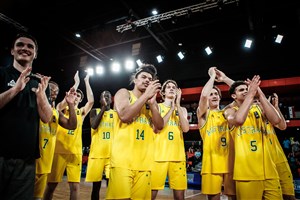 10 Things we learned from the FIBA U18 Asian Championship 2018 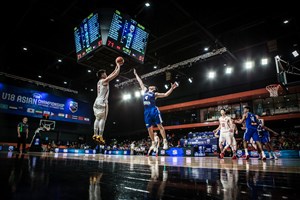 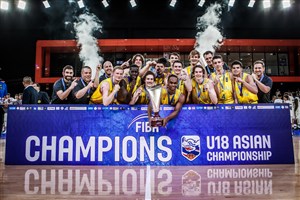 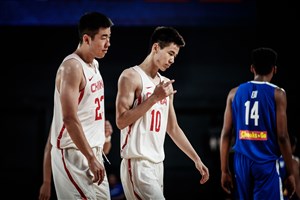