ABIDJAN (Cote d'Ivoire) - FIBA Africa on Saturday held a draw ceremony in Abidjan for the Elite 16 Round of the Basketball Africa League (BAL).

With the champions of Angola, Egypt, Nigeria, Rwanda, Senegal and Tunisia qualified automatically to the Final Round, the Elite 16 Round aims to find the last six teams to complete this year's 12-team BAL line-up.

Each team will play the other three teams in their group, and the teams that finish in the top-two places of the group will advance to the Second Round to compete in the Semi-Finals, Final and Third-Place Game of each Division. 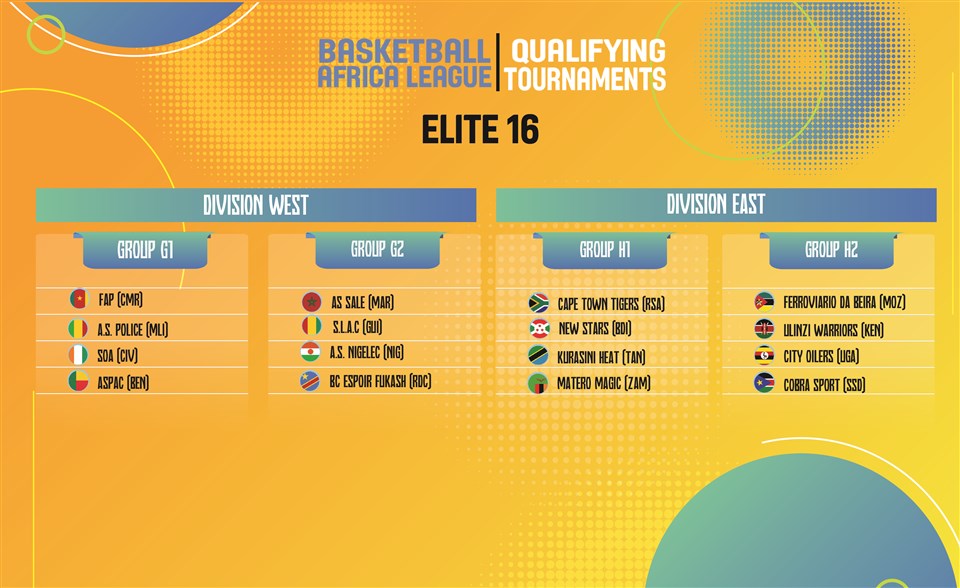 The Cameroonian capital city of Yaounde will hosts Division West Groups G1 and G2 while South African city of Johannesburg will be home to Division East Groups H1 and H2.

The Elite 16 Round games in Yaounde will run from December 11-16 while the Johannesburg showdown is scheduled for December (2-7, subject to confirmation).

The Draw results are as follows: