LUANDA (Angola) - Four teams from four countries will do battle for the right to be crowned this year's FIBA Africa Basketball League (ABL) in Luanda, Angola.

In Friday's semifinals, JS Kairouan will go up against reigning African champions AS Salé while Smouha SC will test continental heavyweight D'Agosto.

Saturday will be a rest day, a chance for teams to recharge batteries for the last day of the competition, which will determine this year's FIBA ABL  top-three clubs.

How did they qualify?

The Alexandria-based club head to the Last Four with a respectable 5-0 record.

As the only FINAL FOUR participant that registered a defeat in the Group Phase, JS Kairouan's 4-1 mark resulted from two victories (over Nigeria's Rivers Hoopers, and one against SLAC from Guinea) followed by a defeat against AS Salé in Group A.

And, against all the odds, JS Kairouan shocked then Tunisia's reigning champions Etoile Sportoive Rades in the ELITE 8 tie to move on to the highly-anticipated FINAL FOUR.

Just like their semifinal opponents Smouha SC, Primeiro D'Agosto cruised to the Last Four on the back of five wins in as many games.

AS Salé saw off SLAC, JS Kairouan and Rivers Hoopers in Group A. The Moroccans' Sale's 165-146 win on aggregate against Nigeria's Defenders Basketball in the ELITE 8 series came on the back of a 69-all draw in the first leg in Lagos.

When it comes to scoring, Smouha SC's James Justice Jr. and JS Kairouan's Senegalese international Maodo Nguirane have been fundamental, averaging 18.4 points per game each in five games. The duo is followed by JS Kairouan's Lawrence Gilbert Jr and D'Agosto Emmanuel Quezada who averaged 16.6 and 16 points, respectively

JS Kairouan's Ahmed Dhif and James Jr. dominate the leaderboard with almost six assists per game each, while Nguirane - the only FINAL FOUR participant with four double-doubles - appears as the most prolific rebounder with eleven boards per game.

- Association Sportive Salé - head to the FINAL FOUR as finalists of Morocco's Cup of the King - an important competition in the Kingdom to be played after the Luanda-showdown. Winners of the last three editions of Morocco League, they have just made a huge step after reaching the 2019 Morocco League's semifinals.

- Although D’Agosto enter the FINAL FOUR as runners-up of the 2019 Angola League - after losing to Petro Atletico de Luanda in Game 6 of the best-of-7 playoffs final, D'Agosto not only target a historic treble this season - after winning the 2019 Angola Cup as well as the SuperCup - but they also look for their ninth Africa title.

Despite a brilliant ABL campaign things didn't go according to plan for JS Kairouan in the domestic league as they lost to eventual champions US Monastir in the Playoff semifinals.

Similarly to JS Kairouan, at domestic level, Smouha Sporting Club saw their championship intentions come to a close in Egypt's SuperLeague after losing 2-1 against Al Ahly in in Quarter-Finals.

All games will be shown on FIBA's Youtube channel, and a live commentary will be available on the ABL website.

For three months, sixteen teams from eleven African countries played a total of 56 games so far. Now it's the decision time. Who you got? 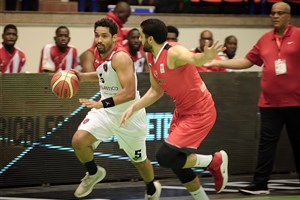 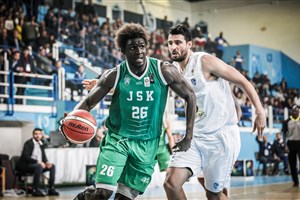