Lithuania won their first-ever FIBA 3x3 U18 Europe Cup title after defeating France (21-14) in a final  they dominated since the beginning. Gabrielius Celka (Lithuania) took home the MVP award after leading his team in scoring and finishing 3rd overall. French highlight machine Sya Plaucoste joined him on the team of the tournament.

Israel's men won their first bronze as well in Tbilisi after defeating Ukraine in the third-place game. Omer Sadeh's key performance for Israel earned him a spot on the Team of the tournament.

In the women's category, Spain won their first-ever gold medal at the FIBA 3x3 U18 Europe Cup after defeating Germany (17-16) in a final dominated by the MVP of the tournament, Marta Garcia. The Spaniard scored 14 of her team's 17 points to win the title. Laura Zolper, who led Germany to the final, was also included on the team of the tournament.

Russia won bronze for the second consecutive year after defeating France in the third-place game. Alexandra Andrushchenko led all scorers in Tbilisi and was the third player on the team of the tournament. 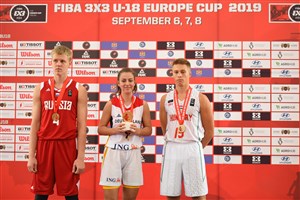 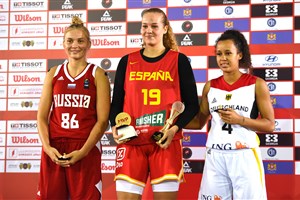 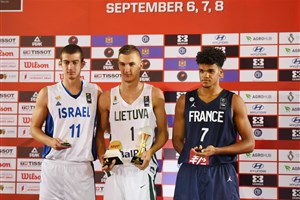