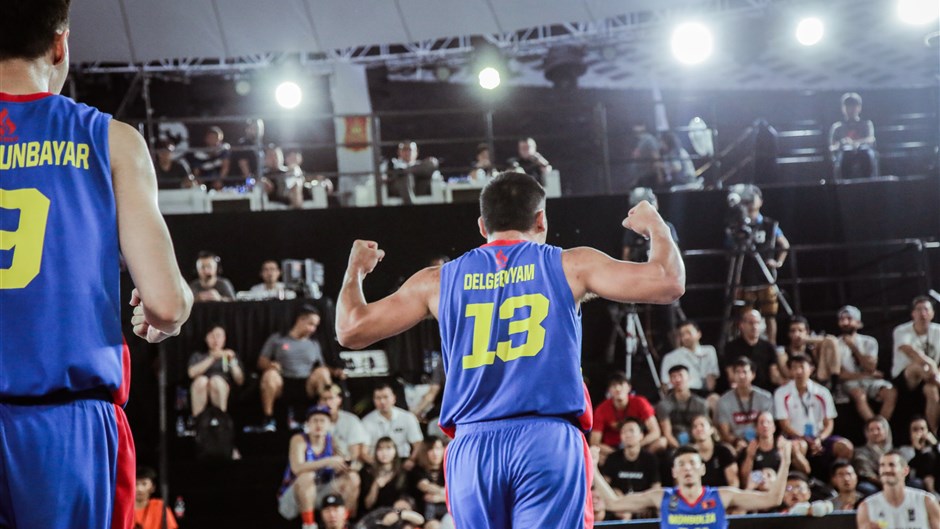 The competition system is a 2-step road towards the Quest Final that includes the Asian region. At the bottom of the hierarchy, Grassroots events organized by NFs and/or promoters, will take place in their respective nations. The champion team of this competition on a national level will be represented in the next stage, the Sub-Zones Quest Stop.

Furthermore, the NF hosting the Quest Stop will have the privilege to qualify 1 additional team. The rankings are determined according to the FIBA 3x3 ranking system (http://www.fiba.com/3x3/federations-ranking) with the cut-off date of 1 November 2017 in separate categories of Men/Women - not combined. 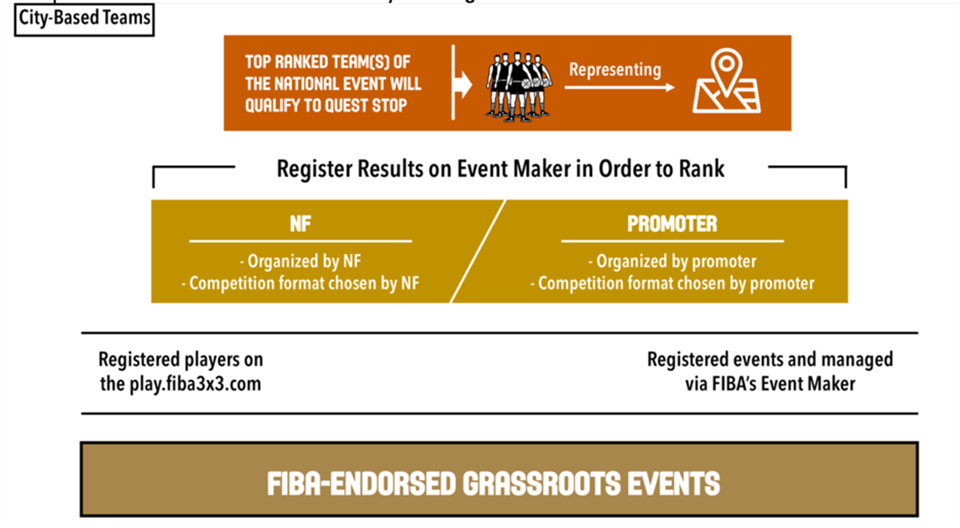 The Sub-zones tournaments (Quest Stops) are the second step of the system and the qualifiers to the Quest Final. The date and time are to be set at the convenience of the sub- zones prior the the Quest Final. The competition format will be determined by its respective Sub-zone on the Event Maker platform. The best 2 teams in each Sub-zone will qualify to the Quest Final. Additionally, 2 teams from the #1 ranked Sub-zone and 1 team from the #2 ranked Subzone will join the 12 qualified teams + (the directly qualified) host team, to compete in the FIBA Asia Quest Final. The cut-off date for determining the best Subzone is 1 November 2017 by adding the 3x3 NF ranking points of the top 5 federations.

It all comes down to the Quest Final. In this Edition, 11 Men, and 10 Women teams will be participating in the final WT Master qualifying competition. According to the FIBA 3x3 team ranking, pools will be put into place. The competition starts with a round-robin phase with 2 pools, followed by Semi-Finals, and Finals.