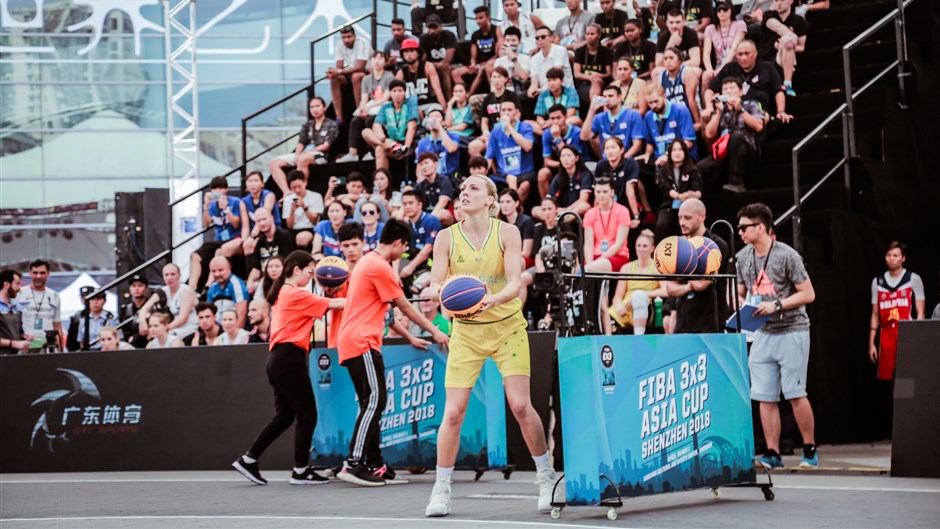 Format: Each player attempts 10 shots (all worth one point): five from the right wing  and five from the left wing (45º angle from the baseline) and with a 30" shotclock. The 2 men and 2 women who score the most points in the shortest amount of time advance to the final. In case of a tie (same points and time), the tied players shoot again.