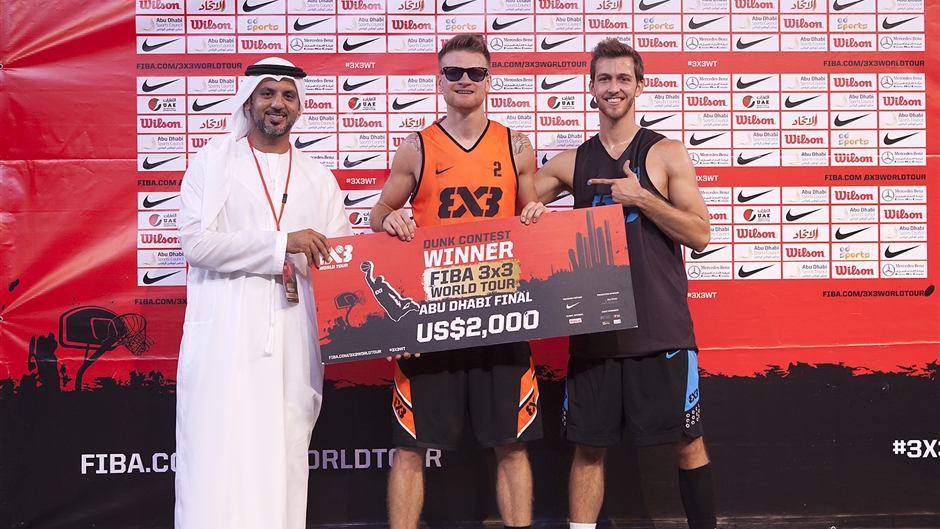 Rounds: Players have 75 seconds and 3 attempts per round to complete a dunk. An attempt means the player had the intention to dunk and he or the ball touched the rim and/or the backstop unit. The only exception to the 75-second-rule is the third round of the final where there is no time limit. The 75 seconds start running once the dunker's name is called up. The first successful dunk is considered the valid one. A dunk is considered successful if the ball does not leave the ring in an upward vertical direction after it has left the dunker's hand. The dunks are marked (0, 5-10) by each one of the 3 members of the jury.

Qualification: Up to 1 player by World Tour Team and potential local dunkers compete during 2 rounds on Day 1 (order determined by alphabetical order). The player with the highest scores advance to the next stage, which consists of a semi-final and a final.

Semi-Final: The top player from the qualification and two guest dunkers, compete during 2 rounds on Day 2, with the scores starting from zero (order determined by alphabetical order). The 2 players with the highest scores advance to the final.

Prizes: The winner gets 2,000USD, the runner-up and third-place dunkers win 500USD in prize money