REGENSBURG (David Hein's Eye on the Future) - The 2014 FIBA U17 World Championship tips off in the heat of Dubai on Friday and the first question people ask is: "So, who's going to win?" After saying the United States are the favorites and teams like Serbia, Greece and Australia among others will contend for a podium spot, the next question is: "And who are some of the guys to watch?"

Well, that one takes a bit more time. So, let's look into it a bit more - with at least one or two names from all the teams.

Angola: Joao Jongo and Silvio De Sousa both averaged double-doubles at the 2013 FIBA Africa U16 Championship and will be counted on to lead coach Manuel Silva's young team, that includes six 1998-born players and one 1999-born player.

Argentina: While Lucio Delfino, the younger brother of NBA regular Carlos Delfino, is the country's biggest name, he's not the only guy to watch in Dubai. Maximo Fjellerup has impressed with his talent as combo guard while point guard Guillermo Aliende has undoubtedly learned greatly from his two games last summer against the force of the United States press.

Australia: It's hard not to notice the 16-year-old Isaac Humphries - a giant of a young man. But he will be interesting to watch how he plays against the athletic French and undersized Canadians. Australia also have a leaner, longer big man in Deng Gak while Dejan Vasiljevic is the team's Swiss Army knife.

Canada: Missing Justin Jackson and Nolan Narain will mean that Kalif Young must have a strong tournament for Canada to do well. While many people know Jamal Murray, big things are expected from point guard Howard Washington Jr.

China: Ten of the Chinese players got the great opportunity of playing at the Albert Schweitzer Tournament (AST) in April in Germany, where they played the U18 teams from Italy, Spain, Bosnia and Herzegovina, France, Chile and Argentina. Of those teams, Italy, Spain and Argentina all qualified for the 2015 FIBA U19 World Championship. Coach Liu Jizeng's team will rely heavily on the inside play of Hu Jinqiu and the sharp-shooting and versatility of wing Zhao Yanhao.

Egypt: The Egyptians' leader will be the shooting guard Mohamed Abdelrahman, who can score in bunches, including a solid outside shooting game and a propensity to get to the line.

France: Les Bleus are led by their big man, Stephane Gombauld, while the 1.75m Arthur Leboeuf is the floor general and captain. Then there's 2.13m Jonathan Jeanne is a very thin giant who has good fundamentals and can shoot outside a bit as well.

Greece: Those watching Greece may be thinking they are watching the U18 European Championship as four U17 players were in Konya, including All-Tournament Team member Vasileios Charalampopoulos as well as big man Georgios Papagiannis, guard Antonios Koniaris and Vasileios Mouratos.

Italy: The Italians' main gun will be Andrea La Torre, who led the team at the U16 European Championship in points, rebounds, assists and steals. The forward has only returned to practice from stomach area surgery this week and will have practiced three days with the team. A couple other players to watch will be Andrea Pecchia, who played at the Nike International Junior Tournament (NIJT) as well as U18 Euros player Curtis Nwohuocha.

Japan: Nippon's leading player will be the 1998-born Rui Hachimura, who will be forced to play out of position as an undersized center as Japan's tallest player at 1.97m. The other weapon for Takashi Ideguchi's team will be sharpshooter Hayato Maki, who shot 46 percent from long range at the FIBA Asia U16 Championship and then 32 percent at the U18 event Albert Schweitzer Tournament.

Philippines: Speaking of undersized big man, another Asian who will be looking up to his opposition in the paint is Philippines power forward Michael Nieto, who makes up a leadership trio with his twin brother Matthew as well as 1998-born shooting guard Jolo Mendoza.

Puerto Rico: I have to admit that I don't know too much about this Puerto Rican team, with five new players who weren't at the FIBA Americas U16 Championship last summer. The top two players back from that team are Ivan Gandia and Arnaldo Toro.

Serbia: The Serbs are a podium contender for sure with some tremendous talent. Vojislav Stojanovic, Aleksandar Arinitovic, David Miladinovic, Nikoloa Rakicevic and Stefan Kenic were all on the Crvena Zvezda Telekom Belgrade team that won the Nike International Junior Tournament at the Euroleague Final Four while Stefan Peno and Vanja Marinkovic both helped the U18 team to second place at last week's U18 European Championship in Turkey.

Spain: Xabi Lopez-Arosteguj is one of top guns along with Santiago Yusta for the in-coming European champions Spain and Samuel Rodriguez is the one who rebounded Lopez's miss and put it back in late in overtime of the U16 European Championship title game against Serbia.

United Arab Emirates (UAE): It's not something I am proud of, but I know next to nothing about this team and really cannot tell you who to watch for on the host side.

USA: This team has talent from top to bottom and their size and length is almost scary. The top names - really, how can you leave anyone out - are Malik Newman, Ivan Rabb, Diamond Stone, Josh Jackson and Harry Giles. But it's really unfair to not mention the other guys on this team. Just watch and enjoy the Americans - and the rest of the teams.

Inspiration drawn from the Persepolis can be awesome! 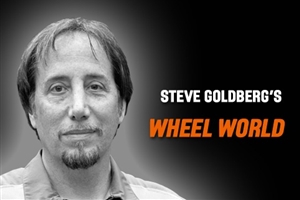 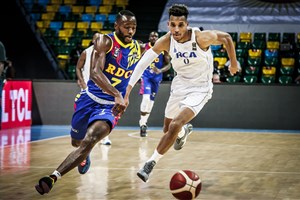 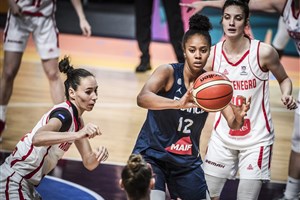 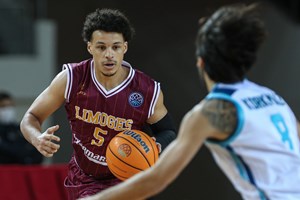