Having come up short of a spot in the Final, Great Britain and Team Georgia will have a chance to redeem themselves in the Third-Place Game, with an extra promotion spot up for grabs for the bronze medal winners.

A strong out of the gates paved the path to victory for Greece, with coach Konstantinos Papadopoulos' side easing past Great Britain 75-52 after building a 16-point lead already in the opening quarter of the game.

Nikolaos Rogkavopoulos was the star figure for the winners with 16 points, while Andreas Tsoumanis also had a solid game with a double-double of 13 points and 14 rebounds with 3 steals on the side. Great Britain captain Mate Okros had a team-high 14 points, but fouled out in the fourth quarter.

The Netherlands showed nerves of steel in their second of the Semi-Finals to hold off Georgia 67-62 in an evenly-matched contest that did not see lead swing more than 6 points either way.

Kaye van der Vuurst de Vries was the top scorer for the Dutch side with 18 points, Rienk Mast cemented their presence under the rim with 10 points and 17 rebounds, including 7 on the offensive glass. Meanwhile, Rati Andronikashvili collected a game-high 19 points for Georgia.

Ukraine and Belgium will play in the Classification Game for 5th place after defeating Hungary and Czech Republic, respectively in the battle for positions among the teams who were knocked out in the Quarter-Finals.

The Ukrainian side came back from behind to register a 73-59 victory behind a 21-6 fourth quarter performance, while Belgium handed Group C winners Czech Republic their second consecutive loss in the Play-Offs with an 88-70 scoreline, with Ferre Vanderhoydonck leading the way with 21 points, 8 rebounds and 4 steals.

Further down the standings Belarus defeated Ireland 87-58 and Poland claimed a 82-54 win over Bosnia and Herzegovina in Classification Games 9-12 action, while Iceland downed the Former Yugoslav Republic of Macedonia 70-66 and Bulgaria edged Portugal 60-55 in the battle for 13-16th spots.

Switzerland got their second victory in a row after topping Kosovo 71-65, Denmark bested Luxembourg 75-68, as Cyprus and Romania finally got on the board in the Classification Games for 21-24th Places, with the Cypriots trumping Norway 60-51 and the Romanians leaving the Slovak Republic winless with a 69-64 scoreline. 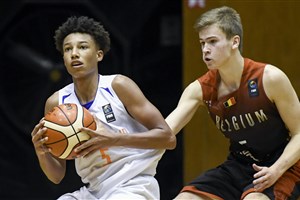 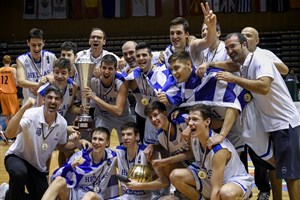 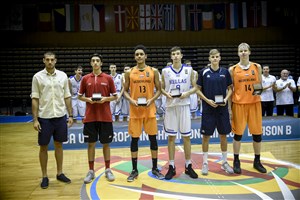