France flourish in the fourth to see off Australia

BOURGES (France) - France delighted their home fans in Bourges with a 72-63 success over Australia in the FIBA Women's Olympic Qualifying Tournament.

Another victory would lock up a spot at Tokyo 2020 with France full of confidence heading into the weekend's action after producing a strong finish.

Turning Point: Twice France held a double-digit lead and twice they were pegged back by Australia. But when Liz Cambage picked up her fourth foul at the start of the final period, and was sat having already amassed a huge double-double, France capitalized with an immediate 10-0 burst to move clear before holding on down the stretch.

Game Hero: Sandrine Gruda top scored with 16 points and added 11 rebounds in the win, but Bria Hartley excelled at the start of the fourth in the pivotal run and went on to finish with 13 points, 7 rebounds, 8 assists and 2 steals in an all-round effort.

Stats Don't Lie: A tale of two turnover totals. France kept theirs in single digits with 7, whilst recording 20 assists with Australia's ratio in the minus with 17 turnovers to 16 assists.

Bottom Line: France stepped up on home court to overcome the second ranked team in the world and know one more victory will definitely be enough to advance . Australia will look to bounce back against Day 1 headline grabbers Puerto Rico, though will need more from the supporting cast after Cambage and Bec Allen combined for 39 of their 63 points. 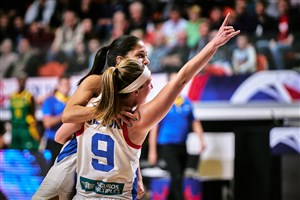 Cambage: 'Kobe was my idol, mentor and my friend' 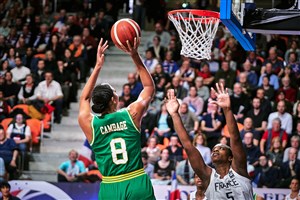 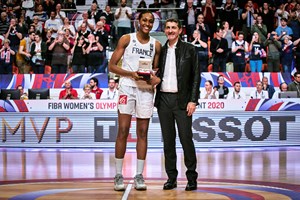