KAUNAS (Lithuania) - It may not have been pretty at times, but Lithuania managed to find a way of taking care of business to conclude the opening day as they saw off Venezuela, 76-65.

The hosts overcame a sluggish start as they gradually pulled away for the vital opening success at the FIBA Olympic Qualifying Tournament as Jonas Valanciunas starred with a typically influential display.

Turning point: Neither side were quick to settle, but Lithuania began to turn the screw in the second as they built a double-digit cushion off the back of 10 unanswered points. Venezuela refused to lie down, preventing the deficit from getting away from them, though they could not make the required inroads to give the hosts a real scare.

Game heroes: Valanciunas shouldered the responsibility for Lithuania with the perfect definition of leading by example. The Memphis Grizzlies center battled away on the boards with a clinic in the paint with 20 points - making his first six field goal attempts - to go with 11 rebounds with three other players also in double figures in scoring.

Stats don't lie: Both teams shot 4-of-16 in the first quarter and it was unlikely to continue to trend that way. Lithuania were quickest to snap out of the slump with a much more efficient second quarter and they would finish at nearly 60 percent from inside the arc.

Bottom line: Lithuania will certainly feel they can improve with wins the most important in a short tournament and an improved display on Thursday would provide plenty of confidence heading into the Semi-Finals. It was a spirited display from Venezuela and they now must change their fortunes tomorrow when they face Korea. 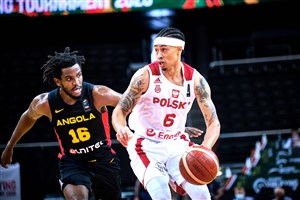 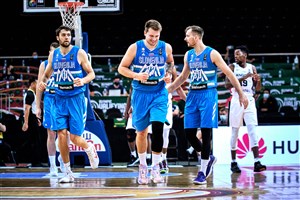 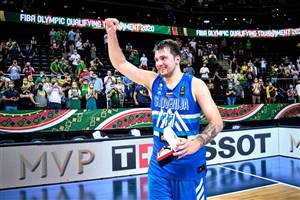