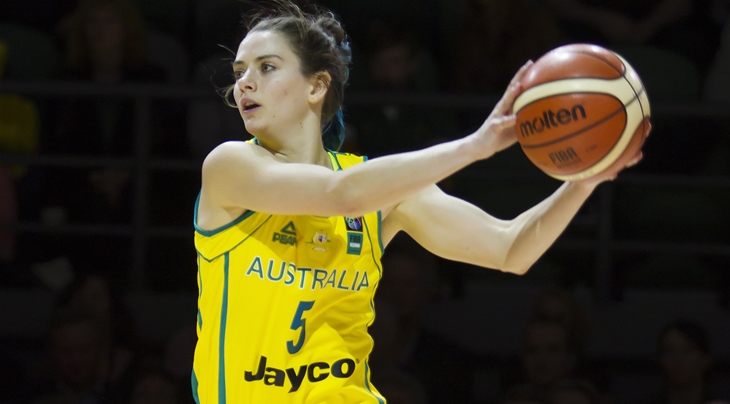 PERTH (2016 Rio Olympics) - Australia coach Brendan Joyce doesn't beat around the bush when he sizes up the potential of his players. He's a straight shooter. He's forthright and candid. He just tells it like it is.

If you don't know that he rates 22-year-old point guard Tessa Lavey highly, then you haven't been listening.

"I think she is going to have a long career," Joyce said to FIBA.com.

International basketball first got a look at Lavey back in 2009 when she suited up for Australia in the FIBA Oceania U16 Championship for Women. She then played the following year at the first-ever FIBA U17 Women's World Championship.

It wasn't until Joyce took the helm of the Opals and included Lavey in the squad for the 2014 FIBA Women's World Championship in Turkey, however, that she featured for the senior team. That's when people sat up and started to take notice of the 1.71m guard.

I am so grateful that I have the opportunity to wear this jersey in two days time at a World Championships! Hopefully I can bring pride to this number, as the others who paved the way before me did! #whowouldhavethought

Some wondered why a backup playmaker with Bendigo had made the roster of an international powerhouse. Joyce was convinced, though, that she'd be an asset. Lavey proved him right. She came off the bench in every game and played solid minutes to help the Australians reach the podium. The Opals' only loss was against the all-conquering USA in the Semi-Finals.

After that tournament, Joyce was even more excited about the guard's prospects, saying she was "highly suited for international play."

She [Lavey] is a really tough kid and our quickest and most explosive player with great endurance and a great handle. - Joyce

Lavey is no longer a back-up in the WNBL. She is starting for the new-look Perth Lynx. The Victoria native is also captain of the Western Australia outfit. The past several months have indeed been particularly good for her. As important as the World Championship experience was, 2015 was even more significant.

Joyce had been counting on the veteran presence of Erin Phillips to help out at the 2015 FIBA Oceania Women's Championship but an injury prevented her from taking part. The coach handed Lavey more responsibility.

"That injury (to Phillips) turned out to be a positive because Lavey got to lead the Opals and she did it in great fashion," Joyce said. "She was probably the best player over the two-game series."

Though she averaged 8.5 points, 8 rebounds and 6 assists, it was her demeanor and leadership that Joyce liked the most.

"Lavey made statistical contributions but it was more about her managing the team which really pleased me," he said.

The Opals have given Lavey experience, and confidence. Joyce says the steady progression is there for all to see. She is doing it all, including knocking down three-pointers. In an 88-68 win over the University of Canberra Capitals on 18 December, Lavey drilled four of six from the arc and raised her season percentage to 35.8 percent (24 of 67).

"She has taken her performance from the Olympic qualifiers against New Zealand and is now leading and playing great ball at both ends of the floor for Perth, who currently are on top of the table," Joyce said.

Perth coach Andy Stewart is glad the club signed her.

"Tessa was always just waiting for the opportunity to get good minutes on the floor," he explained. "Here, we're struggling to get her off (the court). With all that on-court experience, she's just going to get better and better."

The WNBL has Lavey for now but there is a strong possibility that the WNBA will be a destination. The timing needs to be right, though.

"One of the WNBA teams has talked to me about the possibility of her playing there but I don't see it happening in the Olympic year," Joyce said. "She'll make a strong commitment to the Opals program. She's probably not ready to go to the WNBA to play big minutes, probably the following year."

Phillips will be back for the Rio Olympics and there will be other veterans to jump in the spotlight but don't expect Lavey to take a backseat in Brazil. She'll have a hugely important role as Australia go for a podium finish once again. They have captured medals at every Olympics since the 1996 Games in Atlanta. 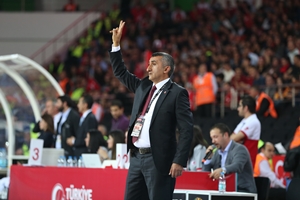 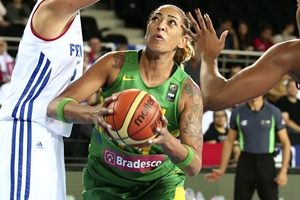