SAN ANTONIO (USA) - Nigeria earned their spot for the 2020 Tokyo Olympics three months ago at the FIBA Basketball World Cup in China, but more importantly they introduced a number of talented young players, who are set to shape the national team for the foreseeable future.

Among Nigeria's new wave of players was San Antonio Spurs power forward Chimezie Metu, who made his debut with the D'Tigers in China in a remarkable fashion, not only averaging 9.0 points and 5.6 rebounds in five games, but also registering arguably the most impressive play of the the event in the game against the tournament hosts China.

🇳🇬 If you think the 1st one is nasty wait for the 2nd one 🔨😤🔥 . #NigeriaGotGame #CHNNGR

As he reaffirms his commitment to one of Africa's most talented basketball nations, Metu can't be faulted for the lack of optimism about Nigeria's future.

"WE AREN'T GOING TO TOKYO TO JUST GAIN EXPERIENCE, WE ARE GOING THERE TO WIN GAMES AND SHOW THE WORLD THAT NIGERIA IS A VERY COMPETITIVE TEAM."- Chimezie Metu

While Nigeria fell short of the lofty expectations in China, they did manage to finish as the best-placed African team at the World Cup, ensuring automatic qualification for the Tokyo 2020 Men's Olympic Basketball Tournament. According to 2.06m (6ft 9in) forward, the World Cup was a life-changing experience for him personally.

"It was such a fantastic moment when we got our ticket for the Olympics! It was the biggest moment of my career so far, I can't deny it," Metu said to FIBA.basketball.

And although Metu remains focused on his NBA career, he insists that he can't wait for Tokyo 2020.

"I am going to do everything I can to be part of the team, and that would be a dream come true, that is for sure. The tournament is going to be so great, so competitive and we want to make our fellow compatriots proud and show the world what we are capable of."

He continued: "Going to the FIBA Basketball World Cup was a first step in our process, and going to the Olympics is the next one. It's a fantastic stage, and everyone dreams about going there. We are going to have a very competitive training camp, and the spots for the final roster are going to be tough to get. That also means that we have so many competitive guys that can make the team and make Nigeria shine on the world stage."

While Metu feels confident about his future with the D'Tigers, he made sure to explain the importance and how the FIBA Basketball World Cup 2019 impacted him and his teammates.

"Sharing that moment with my teammates and the staff was unique, it doesn't happen often to achieve something like this in your career. When we knew that we punched our ticket to Tokyo 2020, we were the happiest guys on earth, literally. You wear the jersey, you represent the country, your family, your flag, that is fantastic and something I will never forget. I can't wait to be there next summer."

At 22 years of age, Metu was one of Nigeria's youngest players in the 32-nation World Cup, yet he feels that he has a lot to offer to Nigerian basketball in the years to come. He is adamant that the future of the team that includes some veterans, should consist on a mixture of experienced players and newcomers, a measure that could produce positive results for Nigeria in Tokyo.

Metu was just a 15-year-old – and transitioning from his childhood sport soccer to basketball – when Ike Diogu, Al Farouq Aminu and Co took the international basketball fraternity by a storm by qualifying to the 2012 London Olympics via the FIBA Olympic Qualifying Tournament in Caracas, where Nigeria stunned Greece, Lithuania and Dominican Republic to secure their first-ever Olympic appearance.

Chimezie has been following Nigeria basketball as a fan since the beginning.

Today, he helped D’Tigers reach the Olympics. The future of 🇳🇬 pic.twitter.com/weKGk3M49o

"Having veterans such as Al Farouq and Ike is very important. They teach us a lot of things, they know about the game and about how to compete and be a better player. International experience is priceless, and when you can learn from players that have been playing at FIBA level for so long, you listen and you work hard to impact the team in the best possible way.

"Both Ike and Al Farouq are pillars of our team, and it's super important that we have them. They are our leaders and we are very happy to have them with us." 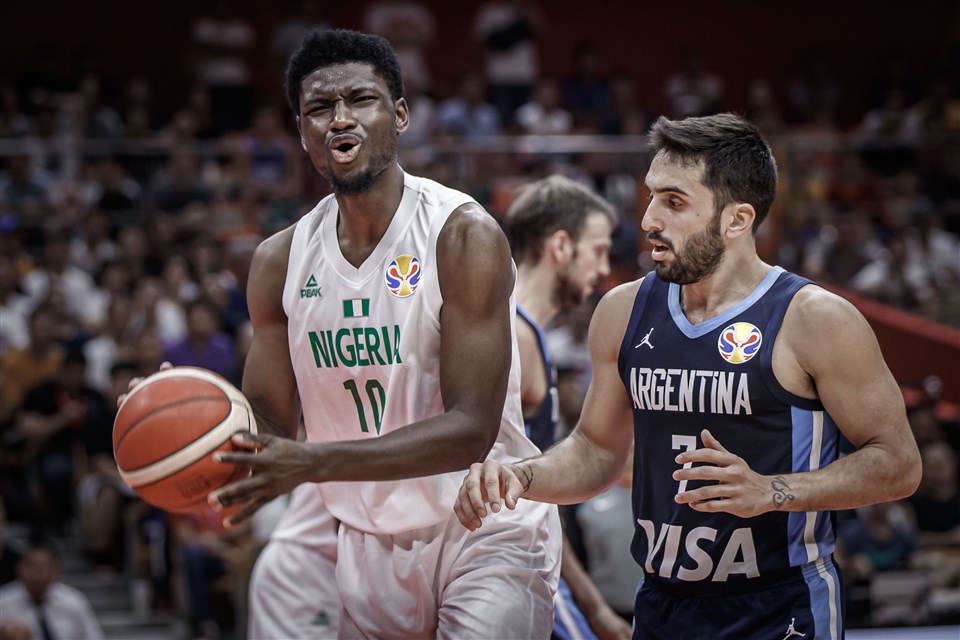 Nigeria lost to Russia and Argentina in the Group Phase of the World Cup, two defeats that sentenced their ambition of reaching the World Cup knock-out stages for the first time.

Yet, Metu remains upbeat that they will have a second chance next summer and will do better in Tokyo than they did in China.

"We know that a lot of teams can fight for the title and a medal spot, but we also can be ambitious. We aren't going to Tokyo to just gain experience; we are going there to win games and show the world that Nigeria is a very competitive team. We've learned from our mistakes, and we are going to be a better team than we were last summer in China, after having gained more experience and chemistry. Our future is bright and every one of us wants the Tokyo run to be one of the best, or the best, in Nigeria's men's national team history.

In China, Metu did a  of everything for the Nigerians. From hitting three-points to attacking the basket with such ferocity, he was there. Now, it's his possible debut in the Olympics that fuels his motivation for next summer where Nigeria will be making their third straight appearance in the tournament history. 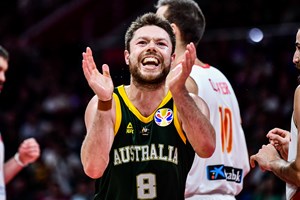