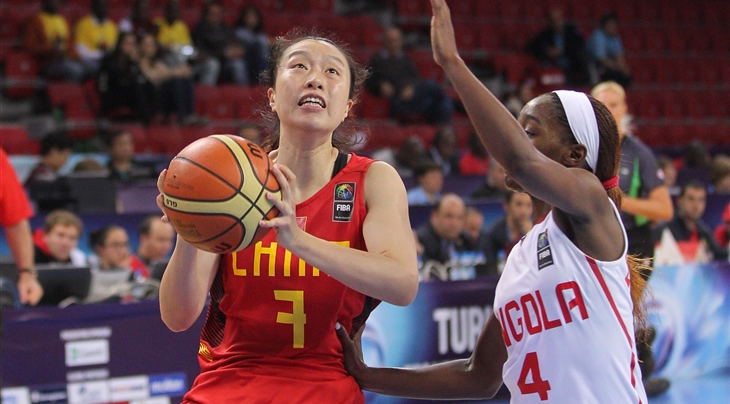 Shao Ting had not figured in any of the many youth national teams that China developed and was almost a nobody until a sterling performance in her maiden WCBA season with the Beijing Great Wall paved the way for her inclusion in Maher's 'clean up' mission.

Shao Ting returned the faith reposed in her with a steady showing in China's preparations for the 2014 FIBA World Championship for Women.

The 24-year-old forward further underlined her prowess and growth with a team-high 14 points as China beat Angola 65-39 on Sunday for their first win at Turkey 2014.

With 11.5 points per game, Shao is China's only player to average double-digit scoring.

"One year ago, if somebody told me I'd be here, I would have just laughed," said Shao Ting, whose only representations on any China team was at the 2011 and 2013 Universaides in Shenzen, China and Kazan, Russia respectively.

"I still get goose bumps thinking of that day when the coach called me," said Shao who averaged a healthy 15 points per game for Beijing Great Wall leading her team all the way to the WCBA Finals.

"She competes, she is not scared. She tries to defend. She is a great possession winner," said China coach Tom Maher.

Shao has all the qualities that I like. - Maher

"She is the first player ever to come from university to the national team. I think in a couple of years she will be a wonderful player."

Shao appreciates getting the nod from the play-caller.

"I do thank the coach for the trust he placed in me. And I've been working hard so that the confidence is justified," she said.

"I know I have improved, but I also know I have a long way to go before reaching where the coach wants me to.

Everyone made me feel completely at home with the team. - Ting

"This is a great team to play in. All players embraced me right from the moment I joined the training camp.

"I am aware that this is a great opportunity for me to show my talent to the world. It's not every day that a player gets to play her international game at the World Championship." 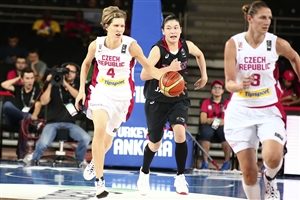 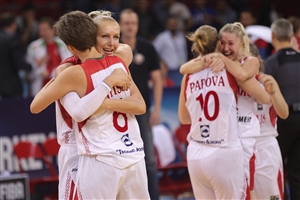