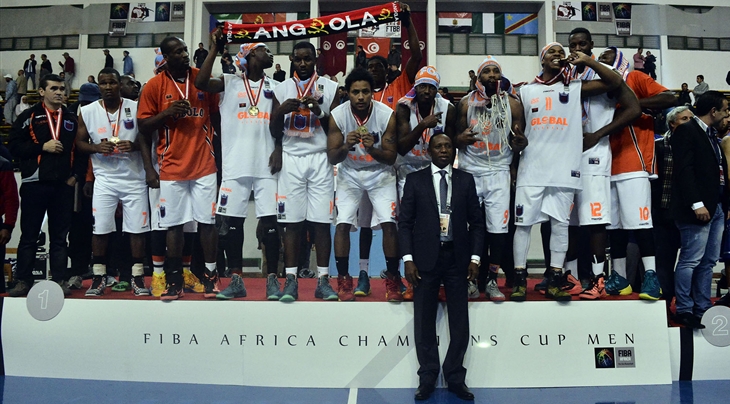 Cheyne Gadson hit his three first attempts from beyond the arc to lead all scorers with 19 points at the break, giving Rades a 36-29 lead.

However, the Angolans regrouped, made defensive adjustments and stepped up in the second half and the Tunisians, despite being boosted by a rowdy home crowd, were never the same again.

Gadson was limited to just two points in the third period. He finished with a game-high 24.

For Rades - who beat all seven of their opponents to reach the Final - Mohamed Abbassi was the only other player to score in double figures (18 points) and the bench contributed only six points.

With the win, Libolo claimed a first-ever ACC title, after finishing third in last year's event.

They out-rebounded Rades 37-21, took control of the game in the third quarter and never looked back, leading by as many as 18 points midway through the final quarter.

Mingas, who was crucial for Libolo in Friday's 84-63 Semi-Final win over tournament hosts Club Africain, was honoured with the Most Valuable Player award.

"We won the tournament as a result of our team work," Mingas said afterwards.

"The Tunisian team (Etoile Sportive Rades) made our game very difficult, but we kept our humble composure to win the trophy."

The win is a major boost for Libolo who played the entire tournament without the injured pair of Carlos Morais and Olimpio Cipriano, two of their key players.

This was the second consecutive ACC title triumph for an Angolan team against a Tunisian counterpart on Tunisian soil, following Primeiro D'Agosto’s defeat of Etoile Sportive du Sahel in the 2013 ACC Final in Sousse.

In the battle for third-place, hosts Club Africain made sure to avoid a double disappointment - following their Semi-Final loss -, seeing off Sporting Alexandria 79-74 to become the second Tunisian team to step on the podium.

Club Africain's Haislip had a game-high 24 points and Tunisian international Mohamed Hadidane added 23, while Ben Romdhane contributed a team-high 19 points off the bench for Egyptian side Sporting Alexandria.

Former ACC winners D'Agosto travelled to Tunis, knowing that their campaign would depend on their performances against Tunisian teams. It turns out there was a reason for D'Agosto's concern as they returned home with 1-3 record against the Tunisians.

They beat US Monastir on the opening day, but lost to Rades in Group B, saw their title defense come to an end against Club African in the Quarter-Finals, and suffered a 86-78 setback in Saturday's Fifth-Place Game.

Meanwhile, AS Mazembe got past BC M'Tsapere 82-67 to finish seventh. 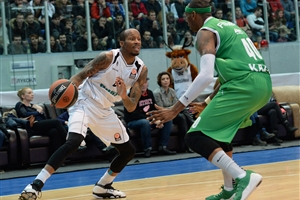 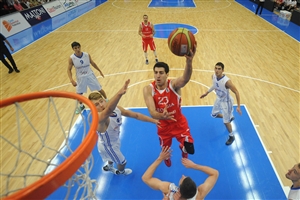