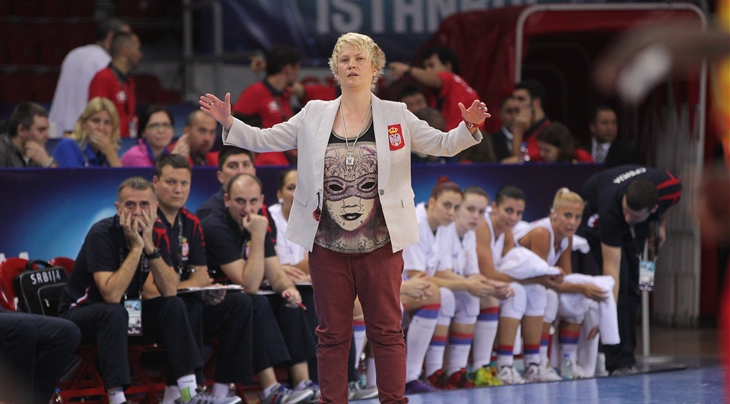 ISTANBUL (FIBA World Championship for Women) - Marina Maljkovic walked out of one of the most significant games in her coaching career with a defeat in hand, but her head held high with pride and achievement.

Serbia had just run the reigning women's world champions USA close for almost three quarters of what ended up being a 94-74 loss, but the first thing the 33-year-old looked for in the stats sheet was out of the routine.

The routine check of the shooting percentages, number of rebounds or such sundry figures was not something for her at that moment. The number of turnovers that Serbia forced on the USA is what caught her immediate attention.

"To force such a huge number of turnovers (21 of them) on a team like the USA is really big deal for a team like Serbia," she said.

Along with their 21 turnovers, the USA had just five steals, while Serbia stole the ball 13 times and turned the ball over just nine times.

"We played brave. We just wanted to play our game. We really went in strong and tough," said Maljkovic.

This (Serbia playing at Turkey 2014) is a great thing that's happening for us. We could not dream of such a thing a few years ago. - Maljkovic

"First came the EuroBasket success (Serbia reached the Semi-Finals at EuroBasket Women 2013). And now we took the best basketball team in the world to the wire. I think it's a tremendous success."

"It's been a great time for Serbian women's basketball," added the Union Lyon Basket Feminin coach, who took her first coaching job at the age of 16 said.

"For almost 20 years, qualifying to play the European Championship was unimaginable. Then when we qualified, everybody thought we'll finish last. We went on to enter the Final Four (to qualify for Turkey 2014). And now we have shown we stand up against the best in the world on equal terms."

Serbia held USA by the scruff of their necks as they were behind only by six points (64-70) before the Americans opened the floodgates in the final quarter with a 22-10 surge.

"In the end, it was pure individual quality of the USA team. There is nothing we could do," Maljkovic conceded.

I think we made people back home really proud of us. We made them watch us. - Maljkovic

"There were thousands of people watching this game in bars and clubs (back in Belgrade). I think that by itself is a tremendous achievement for this team," she added.

"We fought all the way. We really gave it all in the first 30 minutes. We needed to do that to keep the game close. But in the end we could have done better with more energy," she said.

"I think we made people enjoy our game. That's the biggest achievement for us." 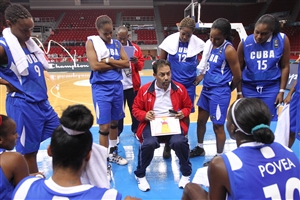 Nothing to lose, everything to gain for Cuba at Turkey 2014 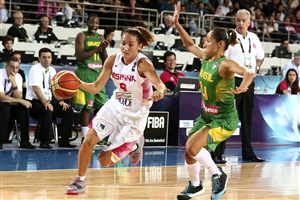