MIES (Switzerland) - FIBA's Central Board has met for the second time this year, via video conference. The following key topics were discussed during the meeting:

The Central Board received a detailed report on the upcoming window of the FIBA Continental Cup Qualifiers, set to be played during November 23 to December 1, across the regions. FIBA has decided to conduct these tournaments in bubbles, following recommendations from its Medical Commission and Competitions Commission, with the health and safety of players, coaches and officials being the primary consideration.

FIBA this year has successfully executed the FIBA 3x3 World Tour Hungary Masters 2020 in Debrecen with participation of players from Europe, Americas and Asia, the Basketball Champions League Qualifiers in Cyprus and Bulgaria and also the Basketball Champions League Final 8 in Athens and implemented strict health protocols at each of these events. These protocols have been developed after consultation with the WHO and the NBA and will be enforced at the FIBA Continental Cup Qualifiers in each region.

The success of the FIBA U17 Skills Challenge 2020, for both men and women, was also presented to the Central Board. Due to the National Federation members' strong interest and the accomplishments made by participating teams during the event, the decision to continue with this project was taken, with the next FIBA Skills Challenge to be organized in 2021 with a strong focus on development.

Updates were presented to the Central Board on the recently concluded seasons of FIBA's international leagues, the Basketball Champions League (BCL) and the Basketball Champions League Americas (BCLA). Both leagues successfully concluded their 2019-2020 seasons in very challenging environments, with the BCL Final 8 played in Greece in early October and the BCLA Final played last week in Uruguay.

An update of the season was given, with two more stops scheduled before the World Tour conclusion, with the Masters taking place in Doha, Qatar, on November 20-21 and the Final in Jeddah, Saudi Arabia on December 18-19.

The Mexican Basketball Federation (ADEMEBA) was suspended in February this year. However, following the institutional changes made recently and subject to certain requirements being met, to be communicated to the competent Mexican authorities by FIBA, the Central Board has exceptionally decided to allow the national team to participate at the FIBA AmeriCup 2022 Qualifiers in November.

The Central Board co-opted one new member, Jorge Garbajosa, Chairman of the Competitions Commission and President of the Spanish Basketball Federation.

The Central Board approved the proposal to establish an award in memory of Dr. Dirk-Reiner Martens, who sadly passed away earlier this year. The Dr. Dirk-Reiner Martens Award will be presented every two years to an individual who has made a significant academic contribution in the area of basketball-related legal matters and/or the resolution of international sports disputes.

The Central Board also approved the budget for 2021 and amendments to the FIBA Internal Regulations, notably in relation to cross-border leagues. 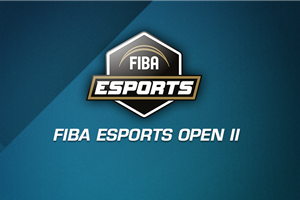 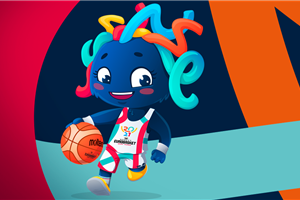 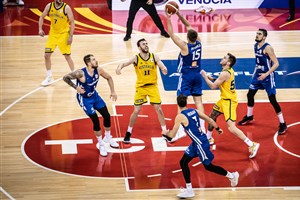 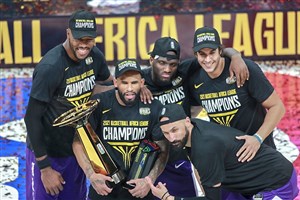