MIES (Switzerland) - The FIBA World Ranking Men, presented by Nike has been updated following a riveting second window of the FIBA Continental Cup Qualifiers, with the USA maintaining a firm grip on top spot ahead of No. 2 Spain.

Russia are the only newcomers to the top 10 after climbing two spots to No. 9 and switching places with the Czech Republic, who dropped to No. 11 after suffering defeats to significantly lower-ranked teams in Denmark and Belgium in the FIBA EuroBasket 2022 Qualifiers.

Meanwhile, Russia split their games, routing Estonia 84-56 in Tallinn before falling to Italy, 70-66. Having played just one game in November, Italy stayed put at No. 12 despite seeing their point tally grow to 582.5.

Defending EuroBasket champions Slovenia, who won twice to improve to 3-1 in Group F of the Qualifiers and clinch a spot in the Final Round, climbed two spots to No.16 after wins over Ukraine and Austria.

Wins against higher-ranked Spain (No. 2) and Poland (No. 13) not only locked in Israel's berth at the FIBA EuroBasket 2022 but also saw them rise two spots to No. 39.

Syria and Saudi Arabia were the biggest risers in Asia, moving up five places each to No. 90 and No. 91 respectively in the FIBA World Ranking after both went 1-1 in November.

South Sudan, coached by long-time NBA star and federation president Luol Deng, won two of three games in the FIBA AfroBasket 2021 Qualifiers in Kigali, Rwanda to register a rise of nine positions to their current rank of No. 98.

A win against Mozambique was enough to see Kenya move seven spots to No. 115 despite losses to African basketball powerhouses Angola and Senegal.

Meanwhile in Europe, Albania also moved up seven positions to break into the top 100 following their FIBA Basketball World Cup 2023 European Pre-Qualifiers games against the higher-ranked Portugal and Belarus.

The biggest drop in the FIBA World Ranking was suffered by Madagascar, who plummeted 30 places to No. 124 after losing in the FIBA AfroBasket 2021 Qualifiers to Tunisia by 37 points, to Central African Republic by 26 and to Democratic Republic of Congo by 18.

Due to the suspension of FIBA competitions, an adjustment was made to the algorithm for the rankings by extending the expiration date of past results by eight months in order to ensure that results from two Olympic Games are at all times included in the calculations which weigh data from the past eight years.

National teams will return to action in February next year, with the last of three FIBA Continental Cup Qualifiers windows. 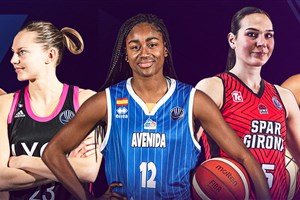 Who was each club's MVP of the first EuroLeague Women Regular Season hub?

Nigeria's Nwora: ''Playing for D'Tigers made me a better player'' 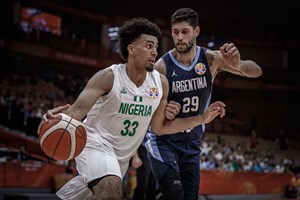 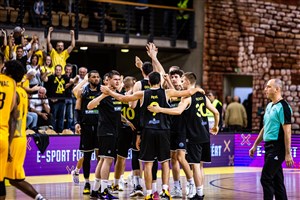 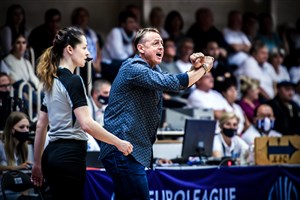 Demory installed as the new playcaller for the Belgian Cats 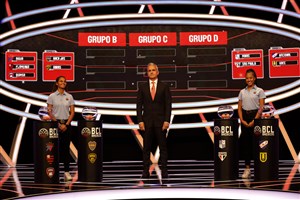