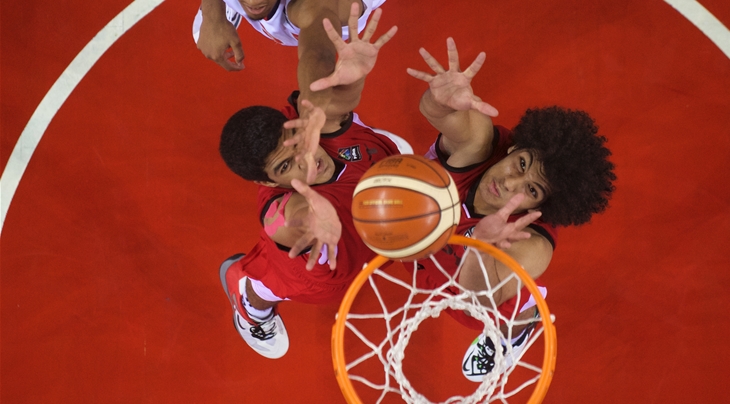 Last summer, Khalaf was 15 years old but had a solid performance against Puerto Rico in the Round of 16 of the 2014 FIBA U17 World Championship. He turned that into three straight impressive double-doubles against Greece, Philippines and Japan, averaging 14.7 points, 14.0 rebounds and 5.0 blocks.

Fast-forward to Heraklion and Khalaf - now 16 but playing three years younger than the competition - was feeling out his level with 10 points, 14 rebounds, five steals and four blocks in 39 minutes of Egypt’s first two games against Croatia and Iran.

"This has been the first time in my life I have played against players bigger than me and more powerful. They have more power than me physically," said Khalaf, who faced strong low post players like Ante Zizic and Ivica Zubac of Croatia and Iran's Mohammad Youssef Vand.

Egypt's third game came against the United States, and Khalaf seemed very excited about playing against the Americans.

"I am happy because I learned self confidence because I played against big guys who are really talented. I think this game will push me to get better and better in the future," said Khalaf, who collected eight points, six rebounds and one block in Tuesday's game - blocking a shot by American big man Caleb Swanigan in the first quarter.

"I am really happy I had a block."

Khalaf feels the biggest difference between this and last summer is him being stronger.

"I have gotten more powerful, especially in my body. Last year I thought anybody could push me around. I couldn’t stand my ground. This year I think I have more power," he said.

"I think I also have better contact with the other players on the team."

Khalaf said he still must improve his body physically to be ready to play against players at this level in two years - when the 2.06m big man will still be a year younger than the competition.

"Right now I am not at the same level. I don’t have the physical tools the others do."

Khalaf may not be physically at the same level as his opponents at this tournament, but the experience he is learning in Greece will be invaluable from 27 July-5 August when Egypt play at the 2015 FIBA Africa U16 Championship in Mali.

"I feel that now I am a big player. Now we can do anything and I want to take the MVP title in the African Championship to play at the next U17 World Championship," said the 16-year-old.

And the big man has big plans for his second U17 Worlds, adding: "I want to be the best player at that tournament." 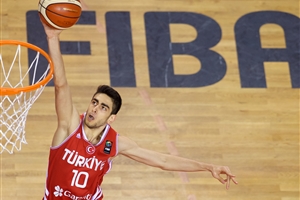 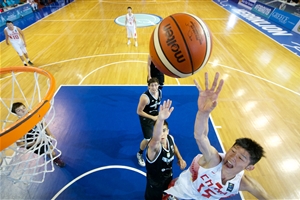