Bolivia is confident on its formative and rebuilding project

COCHABAMBA (Bolivia) – The Bolivia Cup, a tournament for the U15 and U17 categories, as well as the U13 Bolivian Basketball Minor League (LIBOMENOR), are two fundamental competitions for the development of Bolivian basketball that have had a great impact in 2019.

LIBOMENOR takes place from April to June, while the Bolivia Cup is held from July to December. There are 22 associations affiliated to the Bolivian Basketball Federation (FBB, for its Spanish acronym) both in the female and male sexes. Enrique Noriega, FBB Secretary-General, organizes this project in his term with Marco Arze and Gustavo Carmona, FBB President, and Vice-President, respectively. The main goal of these tournaments is to grow minor categories in order to strengthen senior categories and the national teams.

“The Bolivia Cup, which includes the traditional championships in this country for minor categories, has started to develop systematically in the second semester of the year because the government has fostered other types of the tournament at a collegiate level. To avoid a conflict with these tournaments, we’ve made a new calendar and started to play in July,” said Enrique Noriega to FIBA.basketball.

“It's categorized by qualification. There's a category called Elite, with the top qualified teams in the A, B, C, and D levels, and at each level, there are six municipal teams. We play from Wednesday to Saturday, and from Thursday to Sunday. From the first to the last there’s an accumulative scoring system and in the end, the champions of both sexes are declared,” explained Noriega.

The Bolivia Cup tournaments take place in the 15 and 17-year-old categories both for females and males, take place from July to December, and welcome more than 300 young athletes, as well as all basketball fans that enjoy these action-packed months of the sport in their country.

“The Federation is aiming at younger players. We believe that we need to improve the technical level with a better preparation process. We know that it's complex when dealing with national or departmental teams, which is why we host several tournaments. That's why we place our bets on leagues such as the U13 LIBOMENOR, to allow clubs – and with the parents’ support – to have their young players travel from one city to another and also have the enriching experience of competing like our major league does,” assured President Arze.

“The establishment of LIBOMENOR was one of the greatest challenges for the development of basketball, through the Federation, this 2019,” assured Gustavo Carmona to FIBA.basketball.

“Our hope is to diversify basketball in Bolivia and give it the coverage and the possibilities for its improvement. In younger categories, there's been a lot of improvement with the consolidation of LIBOBASQUET, a semi-professional competition. We've opened the doors to foreign players, something that has motivated young players and has brought a competitive spirit to the sport, because now they try to be like these players,” said Noriega, who added that, we’ve been increasing the number of teams and because of the ages there’s now a U21 category. Kids can travel and get to know other departments, they get to know other people and Bolivia’s different regions, and that’s a new experience for these children. They're experiencing situations that will help them in their athletic careers.”

The future of national teams is in the hands of boys and girls. Working at a young age and with a special league to develop basketball ensures good results or, at least, an attempt to achieve them. With clear objectives and the execution that leads toward them, the FBB is putting all its efforts on this type of tournament, of real competitions, to try to get to international competitions and achieve the dreams that these children have had since very young.

The FBB’s path in this 2019 continues, and on October 4, with seven teams, the women’s LIBOBASQUET will begin.

Competitions for children bring great projects for the future. It’s expected that in 4 or 5 years, the LIBOBASQUET champion club may be able to compete in the South American League and that the senior national team can have elements to recruit that have the necessary technical conditions to play for a future qualification to a FIBA Basketball World Cup. 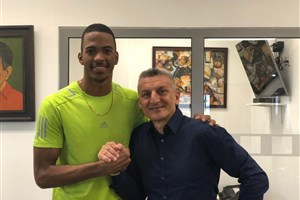 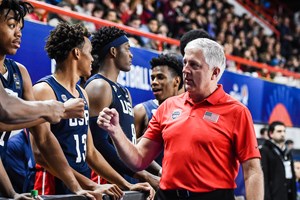 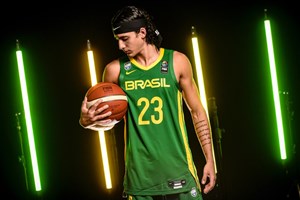 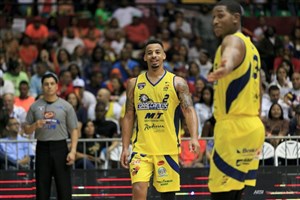