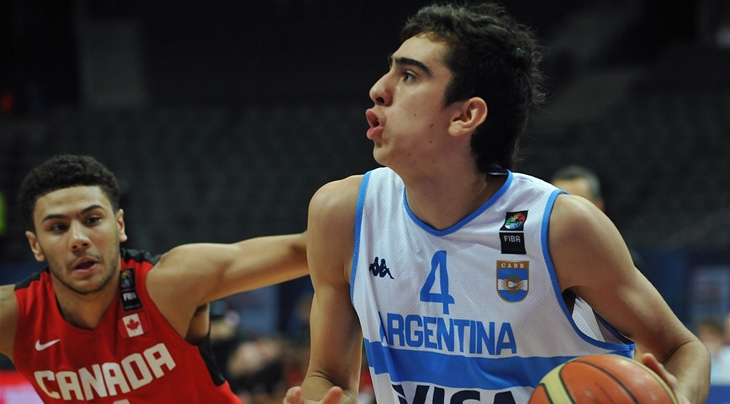 Argentina's Vaulet relieved to be back on court

Coming off a strong performance at the 2013 FIBA U19 Worlds (8.5 points and 4.0 rebounds) as a 17-year-old, Vaulet was dominating later that summer at the South American U17 Championship averaging 21 points, 14 rebounds and 3.5 steals through two games. And then he suffered a serious ankle injury that ended his participation.

The injury also cost him all of the 2013-14 season and Vaulet only returned to the court on 7 December 2014 in Argentina's top league. The Cordoba native has shown this season that he is on his way back to high level prospect status. Now he wants to help Argentina perform well at the U19 Worlds which get underway in Heraklion (Crete), Greece on 27 June.

FIBA.com: First off, how much are you looking forward to the FIBA U19 World Championship?
Vaulet: I am very excited to participate in this upcoming FIBA tournament. It will be important to compete at the highest level.

FIBA.com: This summer you return to the international stage. It will be your third FIBA World Championship after playing at the U17 Worlds in 2012 and the U19 Worlds in 2013. What do you expect from the tournament in Greece?
Vaulet: I will try to enjoy it and take the most out of this experience, as this is a unique opportunity. We must take it game by game and try to position ourselves as high as possible.

FIBA.com: What are some of the strengths and weaknesses of the Argentinean team?
Vaulet: Being in a team with players who have experience in international competitions is definitely a plus. We will have to share responsibilities in carrying the team forward. We are not a team of great size but I hope that we can overcome our weaknesses with intensity and an intelligent game plan.

FIBA.com: The reason you were not at 2014 FIBA Americas U18 Championship was a major ankle injury suffered in 2013 at the U17 South American Championship. You missed 15 months of action. How difficult was that for you?
Vaulet: It was very difficult for me to be away from the game. Luckily I was able to fully recover and play again.

FIBA.com: What did you learn from that time?
Vaulet: I learned to be patient and disciplined and follow the steps I had to take in order to get healthy again. Rushing to return to play would have been a mistake.

FIBA.com: What motivated you? When you were rehabilitating, what were you thinking about?
Vaulet: I was motivated thinking about the new opportunities that will come once my foot was totally recovered. This tournament is the great opportunity I was waiting for.

FIBA.com: On 7 December 7 2014, you played in your first game of the season for Bahia Basket. How much did it mean for you to be back on the court?
Vaulet: I felt very happy. After a long recovery process it was spectacular to be back, and a very special day for me. I felt relief to have left that behind.

FIBA.com: You played this past season in Argentina's professional league, most of it at just 18 years of age. What is the biggest thing you learned from playing against older competition? How did that help you?
Vaulet: Playing professionally with experienced players is not easy. Fortunately I have great teammates and coaches that helped me tremendously. I take advice from them regarding game situations and try to apply them to my game.

FIBA.com: Sebastian Ginobili is the coach and Pepe Sanchez is also involved with the team. How much does it mean to interact with guys who have such a history with Argentinean basketball?
Vaulet: It's very special. They always share their experiences and help us improve our game every day.

FIBA.com: You have been mentioned as one of the top talents in Argentinean basketball. What do you think about that?
Vaulet: I take it as a motivation to continue improving every day. If I stay on the right path good things will come along. 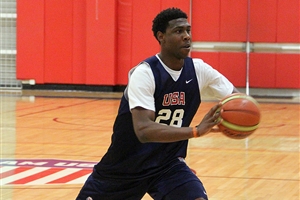 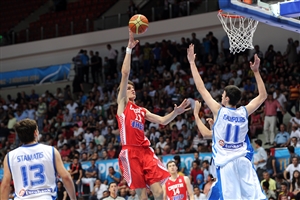