MUNICH (Germany) - With a historic European milestone within reach for Dinamo Sassari and s.Oliver Wurzburg, the coaching staffs of Gianmarco Pozzecco and Denis Wucherer were busy breaking down one another's tactical schemes over Easter.

But it wasn't just them – ahead of the FIBA Europe Cup title clash between the Italian and German clubs, we reached out to basketball writers from the respective countries to highlight the key things to keep a look out for in the Finals.

Briefing us on s.Oliver Wurzburg is journalist and author Manuel Baraniak from Germany, while you can find the Dinamo Sassari breakdown by Marco Pagliariccio on the flip side of the two-part preview.

Manuel, what do you see as the main strengths of Wurzburg?

En Guard! Wurzburg rely on their many ball handlers offensively, three-guard lineups are not an uncommon thing. But head coach Denis Wucherer uses not only small ball, but big ball lineups as well. Wurzburg are a versatile – and deep team: there are up to 13 players earning rotation minutes. Wucherer designed plays with multiple options. Defensively, Wurzburg are switching a lot – to their advantage.

If there are any, what are their weaknesses?

Even though their offense is nice to watch, Wurzburg are not a pretty efficient offensive team: they're inconsistent on their threes, in addition to that, their bigs lack the ability to space the floor. Wurzburg doesn't draw many fouls in the paint, and they take a little too many mid-range shots. So yeah, they're not high on the moreyball index. 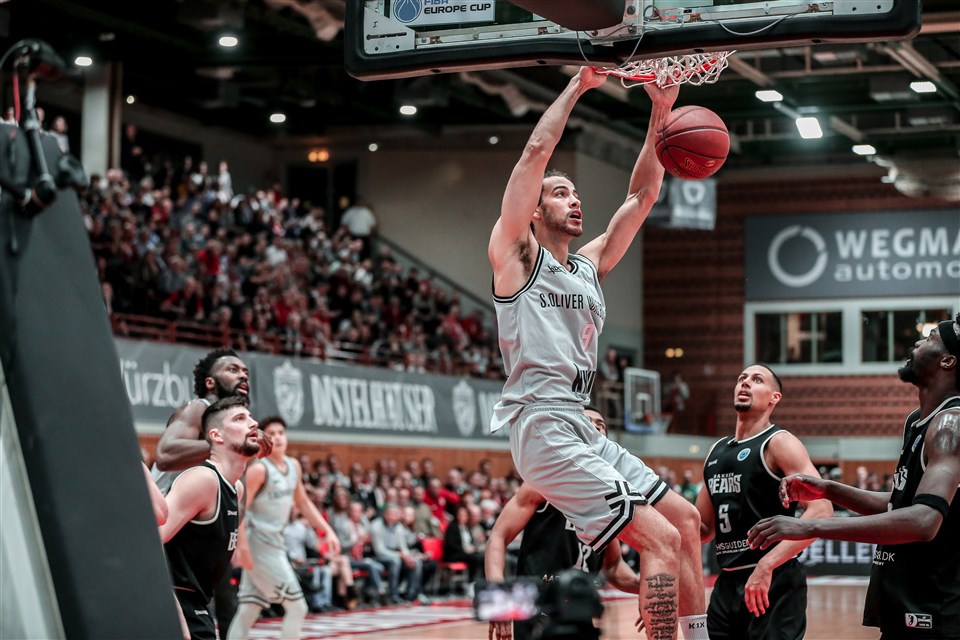 Who is the most important player on the team?

Wolverine got the healing factor, Karma the mind control, and Chamber the energy blasts. But what about the power of defending every position on the hardwood? Xavier Cooks can, which is crucial for Wurzburg's switch-heavy defensive scheme. The "X-Man" is the x-factor – which doesn't translate into the role of a go-to guy. But Cooks has the abilities to be one of the most versatile players in the BBL: he can post up, run the pick-and-roll as a ball handler or as roll-man – including the Eurostep while rolling. Maybe he can have a similar career path as Royce O'Neale who started his pro career in Germany as well (with Ludwigsburg) and became part of an NBA rotation two years later.

Who else or what else could be a difference-making factor for Wurzburg in the Finals?

If you're talking about go-to guys, you have to mention Jordan Hulls first – one of, if not the most, consistent shooters in the BBL nowadays: in his three years in Germany's first division Hulls made 243 of his 486 threes (50 percent three-point shooting)! He's not afraid of taking the big shots. Next to Hulls in the backcourt, Cameron Wells plays a crucial role with his post-up offense and his crafty defense. In the matchup against Sassari, Wurzburg will need their bigs as well with Mike Morrison and Gabriel Olaseni being more of traditional centers. 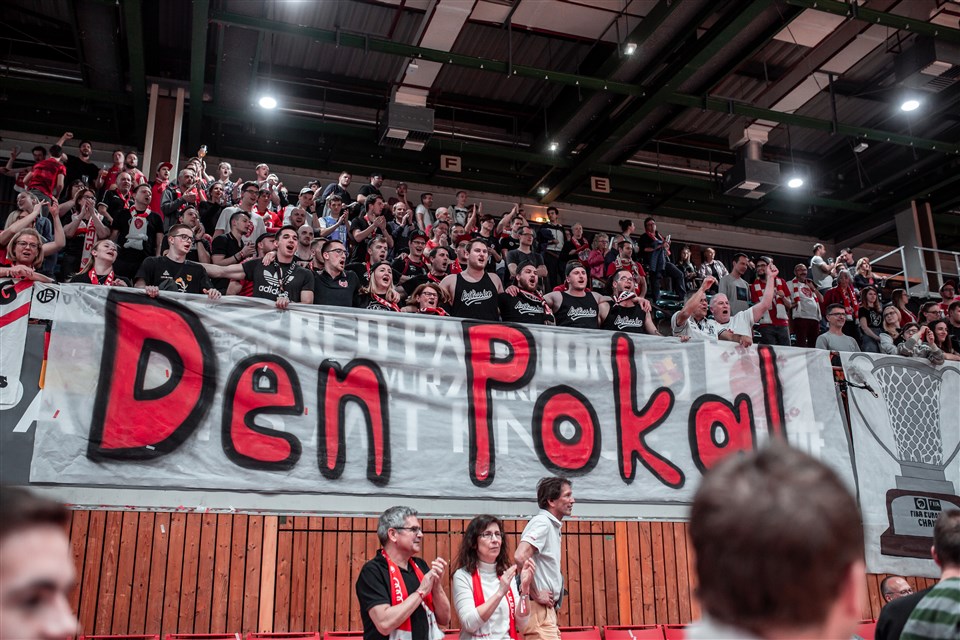 How do their results in the domestic league and FIBA Europe Cup compare to pre-season expectations?

Wurzburg struggled early in the BBL with losing six of their first eight, nine of their first 13 games, respectively. A couple more losses, and head coach Wucherer could've been on the hot seat. The FIBA Europe Cup may not have been a priority starting the season but the good results here helped them build confidence. Missing the BBL playoffs – Wurzburg currently are ninth – would be a huge disappointment, especially with that roster. With playing in a new arena probably during the 2020-21 season, there are ambitious goals in the city. So, a title would be nice.

By now, everyone has heard about Joshua Obiesie. Is he the real deal?

Maybe not "the" real deal, but one of those real deals in German basketball. There was a time when basketball over here lacked creative ball handlers – then came Dennis Schroder. Now, you have some talented guards coming up with Obiesie being one of them. Of course, Obiesie can improve as a facilitator, but you have to love his fearless demeanor that helped him earn rotation minutes early on. And there's swag in his game: when there was a break during the NBBL All-Star Game, Obiesie took the ball and made a shot from mid-court.

Since you're now up to speed on s.Oliver Wurzburg, why not read up on Dinamo Sassari?

Manuel Baraniak is a basketball journalist and author from Germany. He's the editor-in-chief of basketball.de and also writes for the BBL, as well as print magazines FIVE and SOCRATES. Five things you need to know about the Finals 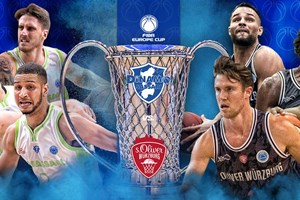