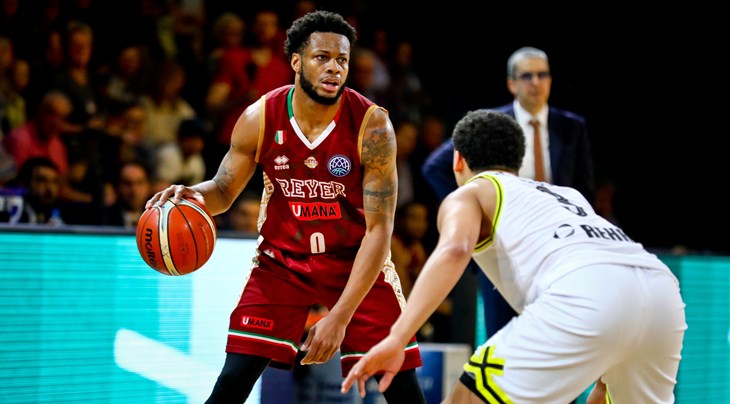 In a survey of team captains conducted over the international window, the three clubs from the Apennines featured in every single response from their Round of 16 opponents. 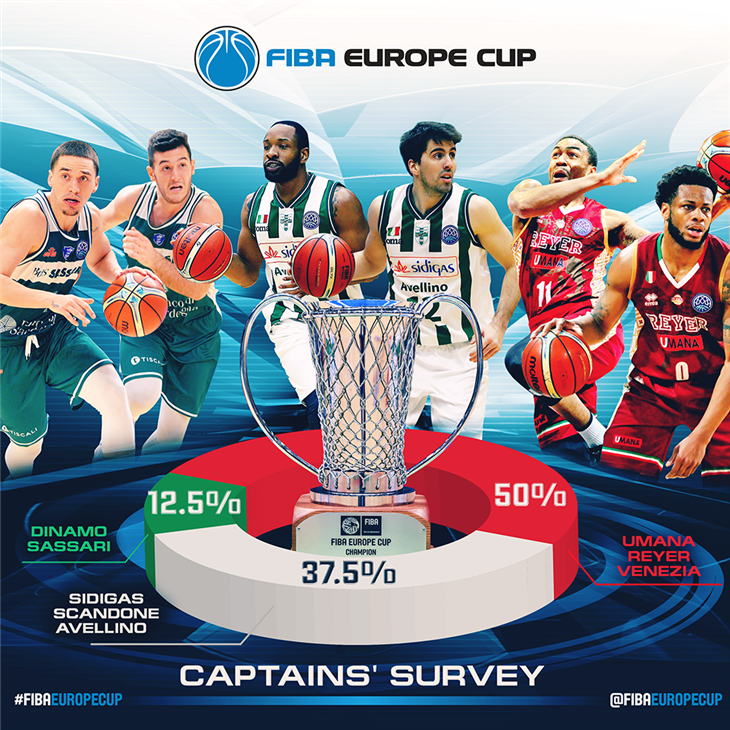 Dinamo Sassari came in third in the poll with the remaining 12.5 percent of the votes, completing a pronounced clean sweep for the trio of clubs, all of whom transferred from the Basketball Champions League.

The voice of the players predicts a bleak bright future for Egis Kormend, who are set to face the Walter De Raffaele-coached Venetians in the Round of 16 after receiving an equivalent of the short straw in the draw.

In a much-telling way, Csaba Ferencz, the captain of the Hungarian side, acknowledged the tough underdog task ahead of them, himself picking Reyer Venezia as the most dangerous team.

"Being paired with Venezia is meant to be difficult for us, as we aren't the favorites but we are going to do everything in order to cause a surprise," said the 32-year-old marksman who leads the competition in three-pointers made this season.

"If I had to choose from the remaining teams, our Italian opponents might be the most likely team to win FIBA Europe Cup. The reason is quite simple – they come from an extremely strong league and they are not only great as a team, but also have excellent players individually."

Having also picked Venezia as the team to beat, Nicolai Iversen and his Bakken Bears are in an advantageous position in that regard, as they ended up on the opposite side of the bracket.

"Venezia are playing at a really high level this season and have, much like us, been building for several years only at a higher domestic league level," the experienced big man pointed out.

At least according to his peers, Reyer Venezia skipper Tomas Ress is the likeliest man to lift the trophy come May. While the 37-year-old admits to having his sights zeroed in on the main prize, he insists that is the case for everyone still in the competition.